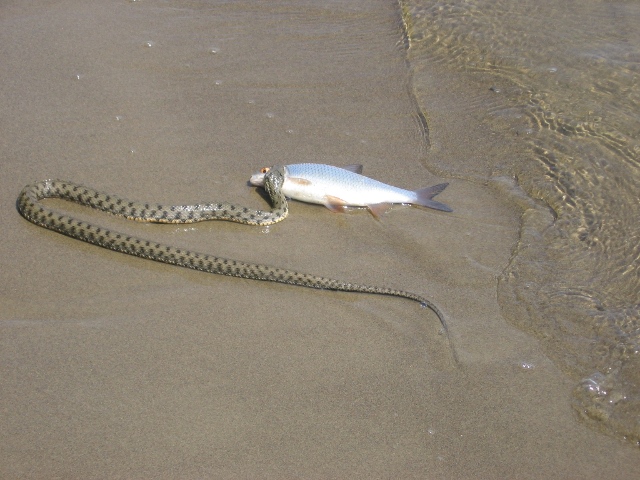 Hardly have we presented Assorted Russia, Part 21, when we collected enough short funny stories for another, next part.

Let us look how a snake hunts a fish. It let the fish come closer and attacked it squeezing its gills and depriving it from the ability to breathe. The fish tried to resist but failed. The snake is carrying the food away from the water. The fish was left 3 meters away from the river. What was the purpose of catching a fish that was much bigger and heavier than the hunter itself if the snake wasn’t going to eat it? The point is that another perch was caught the same way some time ago and abandoned as well. Local snakes don’t only catch fishes but also steal them from people trying to grasp bigger species. As the creatures are poisonous fishermen don’t dare to stop them and just leave the place seeing a plenty of snakes in water around their boats… 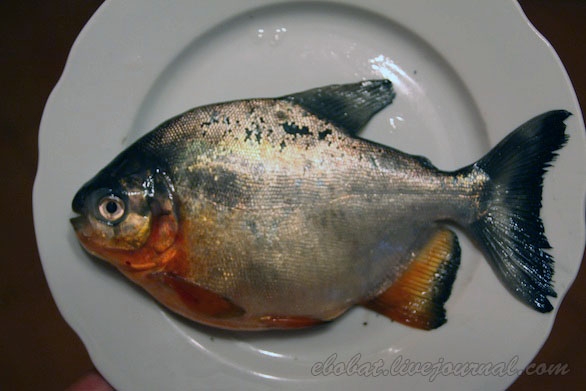 Another fish wonder. Global warming appears to be not a myth invented by ecologists but something that is true to life. Otherwise, how can the phenomenon of finding piranhas in Russian rivers can be explained? Many people are sure that rumors about the killers found in Moscow water reservoirs are far from being the truth until they catch the fish themselves. This South American inhabitant was found in the Moscow river. Two pretty red things wanted to walk along the same fence. Look how they shared the path. On July, 31 the city of Blagoveschensk was hit by tornado which had never occurred in the area before. Mass media state only 1 person suffered from the disaster but people tend to doubt the words thinking that there are dozens of those who were killed or severely wounded. The tornado turned large-capacity trucks upside down and led to total destruction of the largest car market in the region. It means that  too many citizens suffered from financial damages. Trees were ripped from their roots and a plenty of cars were destroyed. Scared to death people were trying to leave the street and save from broken window glass flying around.

For the citizens it was a real shock, none of generations who have ever lived here have seen such a phenomenon. 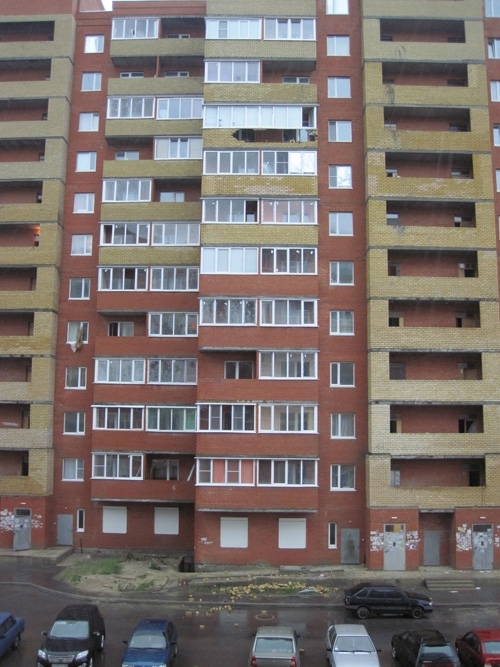 You may not believe it but the face of the new house in Penza was blown off with the wind. Fortunately, nobody suffered in the result of the accident. 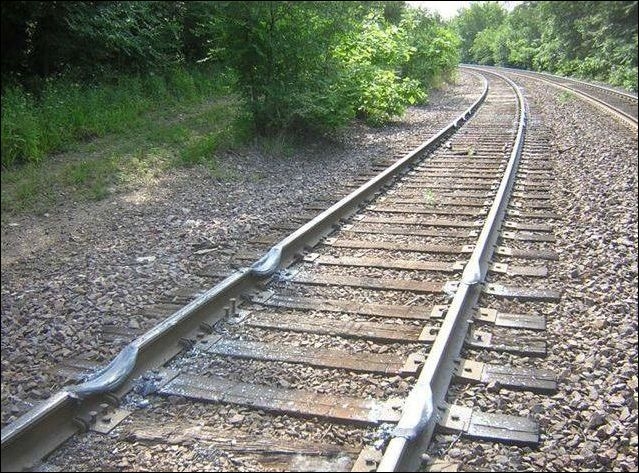 What do you think it is?

Slippage occurs when train wheels slide along the rails. Right after the slippage the traction coefficient between the wheel and the rail is rapidly decreased and the process can’t be stopped on its own.
In case the process is continuous it is called a trial slippage which is presented in the pictures.