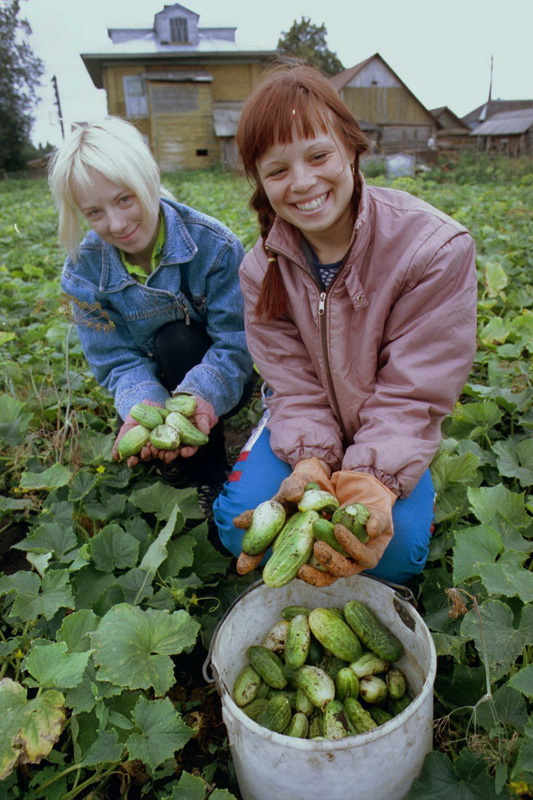 And comes a day when inhabitants of Istobensk village congratulate one another on a nice harvest of cucumbers.  Many of us like the vegetables. But have you ever thought of the labor that was invested? Every cucumber grower must come through the rite of initiation. Cucumber is a mere mystery. Till now there has been a tradition according to which nobody including members of the family and neighbors should see how the first vegetables are planted. Otherwise they will turn yellow. Cucumbers are gathered in the morning due to their strange property of growing at night. 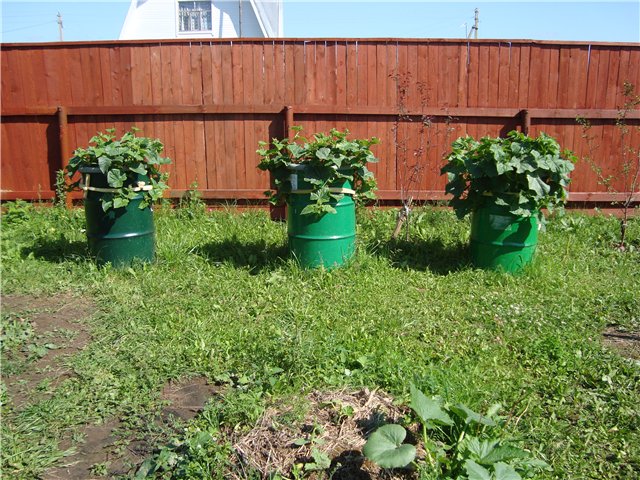 The pap of one large cucumber is removed and the formed cavity is filled with vodka. A person who is willing to be come a professional grower must drink the vodka and eat the cucumber. In case he still stands on his legs after that he becomes a member of the club. However, only an indigenous inhabitant of the village will join the ranks. The vegetable even has a patron of its own who is responsible only for its growth. His name is St. Thalelaeus. As soon as one find himself in the village of Istobinsk he notices unusual even and long garden beds at once. Such beds are not made for potatoes, onions or cabbages. There is a working person in every garden which is a large cucumber plantation. The main street of the village is called Labour Street because the inhabitants are very hard-working. The climate here is rather severe. The land is not fertile and consists of clay layer. Many years ago ancestry of the modern inhabitants had no gardens and were fed by the river Vyatka. They were captains or sailors and lived rich enough not to have any gardens. But once the river lost its commercial importance, the people concentrated their efforts on planting. They started with cabbage growing. Then turned to onions. But it was the cucumber that made them rich. Inhabitants of any northern city remember smiling people who sell cucumbers from huge wooden barrels at local markets. The people come from Istobinsk village. They put their hearts in every cucumber which is not easy to grow. Many creatures like slugs and aphids don’t let them grow as well as local cats which like eating the vegetables a lot. 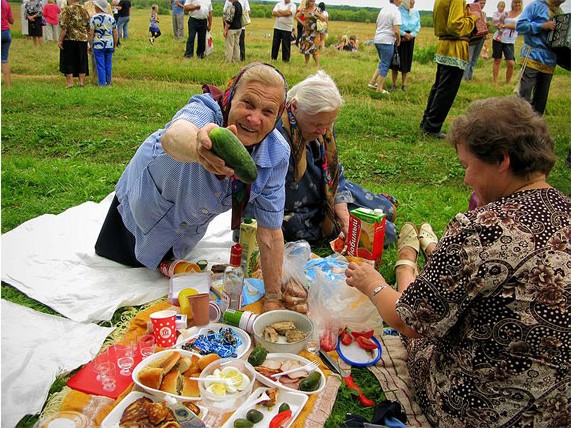 The taste of an Istobinsk cucumber differs from that of the vegetables from other regions which is achieved due to unique storage conditions. 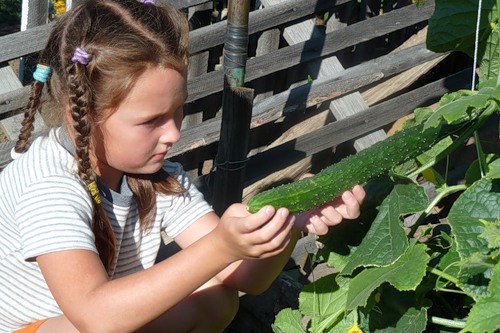 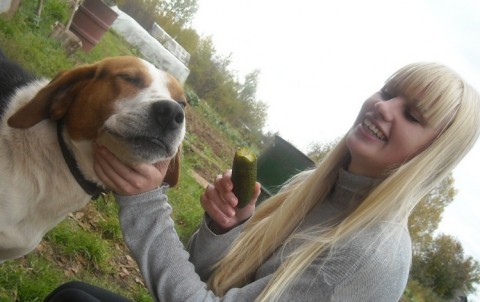 After a pickling procedure that lasts 2 days cucumbers in barrels are put in special pits near the local springs. Cucumbers acquire unique properties under the influence of the springs. The water is pure and is characterized by constant temperature which constitutes +4 degrees Celsius both in summer and in winter. The people are very friendly and are ready to share their secrets related to cucumber storage with others. Fennel, garlic and horse radish are the only constant ingredients of cucumber pickling as every family here has a recipe of its own. Putting vegetables into pits is a long and difficult process unlike their removal in spring which is celebrated as a fest. The whole family participates in the event, they get rid of old snow, cut a small hole in the ice and remove the barrels with the help of a tractor or snowmobile. There can be 10 to 50 barrels. Each barrel is found in capacity of 56 gallons or 250 liters. The inhabitants used to carry the huge and heavy barrels by trains and planes to sell them at the markets of different cities. But now they just sell the vegetables to mediators who do the rest of the job. It is more profitable to sell vegetables at place due to increased transport tariffs. Mediators are interested in buying and selling but not in the growing techniques with some exceptions though. A new small company ‘Cucumber Heaven’ was opened in the village. It buys cucumbers and pickles them in pits. The owner says he loves the place and worships the technologies. Springs that fall into the Vyatka river take fogs and humidity which is very important for cucumbers as they grow at night and need temperature not lower than 15 degrees Celsius. This village is a mere heaven for cucumbers! The owner was born far from the village. He says that the secret of the tastiest cucumbers in the world is in diligence of its people. They put their hearts in every cucumber and stay in the gardens from morning till night. ‘Cucumber Heaven’ buys 1/2 part of the vegetables and learns to grow the other part by itself. They hire Koreans to cultivate their fields as local villagers can only work at their gardens but never for somebody else. Competitors of Cucumber Heaven are engaged in buying cucumbers and not in their production. The owner’s dream is to supply MacDonald’s chain of restaurants with Russian cucumbers. He also like participating in Cucumber Festival which is coincided with the end of cucumber gathering season when the last barrel is closed. 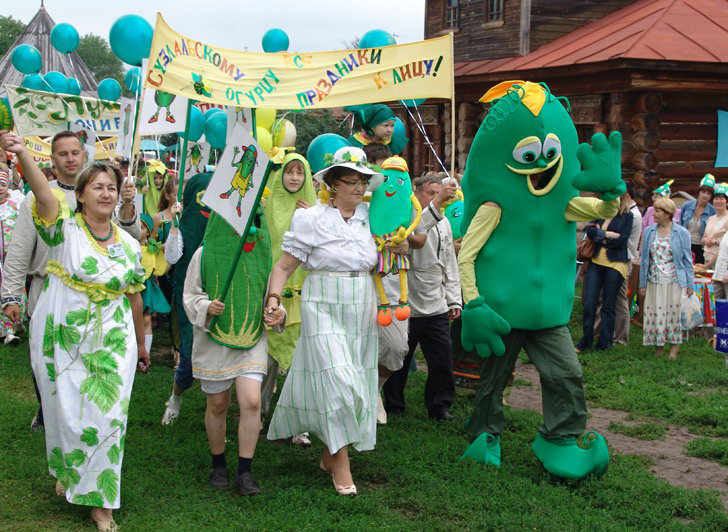 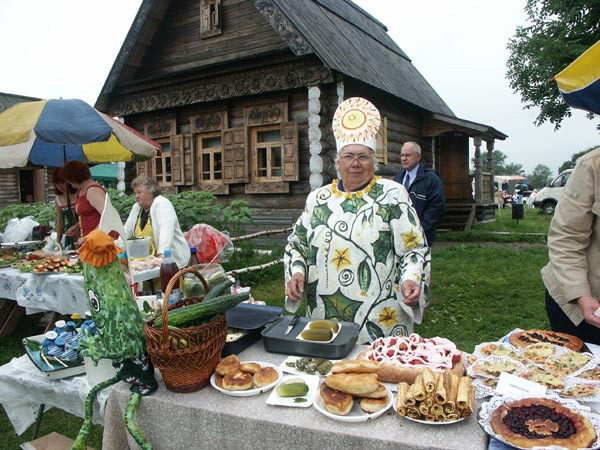 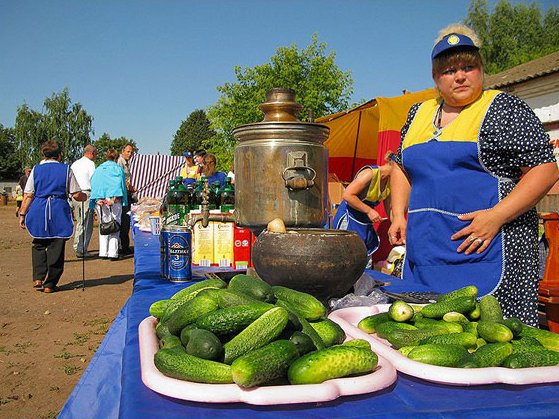 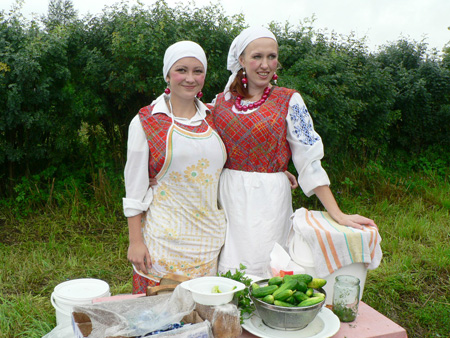 12 thoughts on “Laud Cucumbers To The Skies”