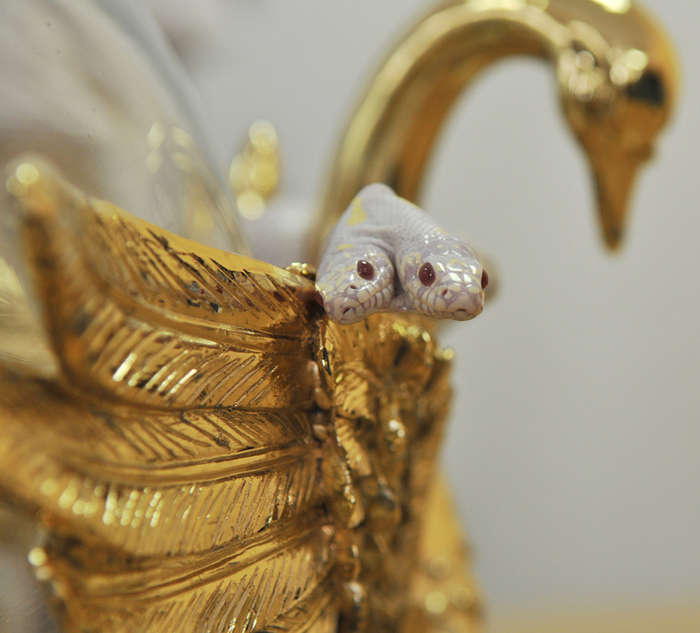 Have you ever known there are such creatures as an albino two-headed snake? It has two brains. Each head, principal and subordinate, thinks and feeds separately. 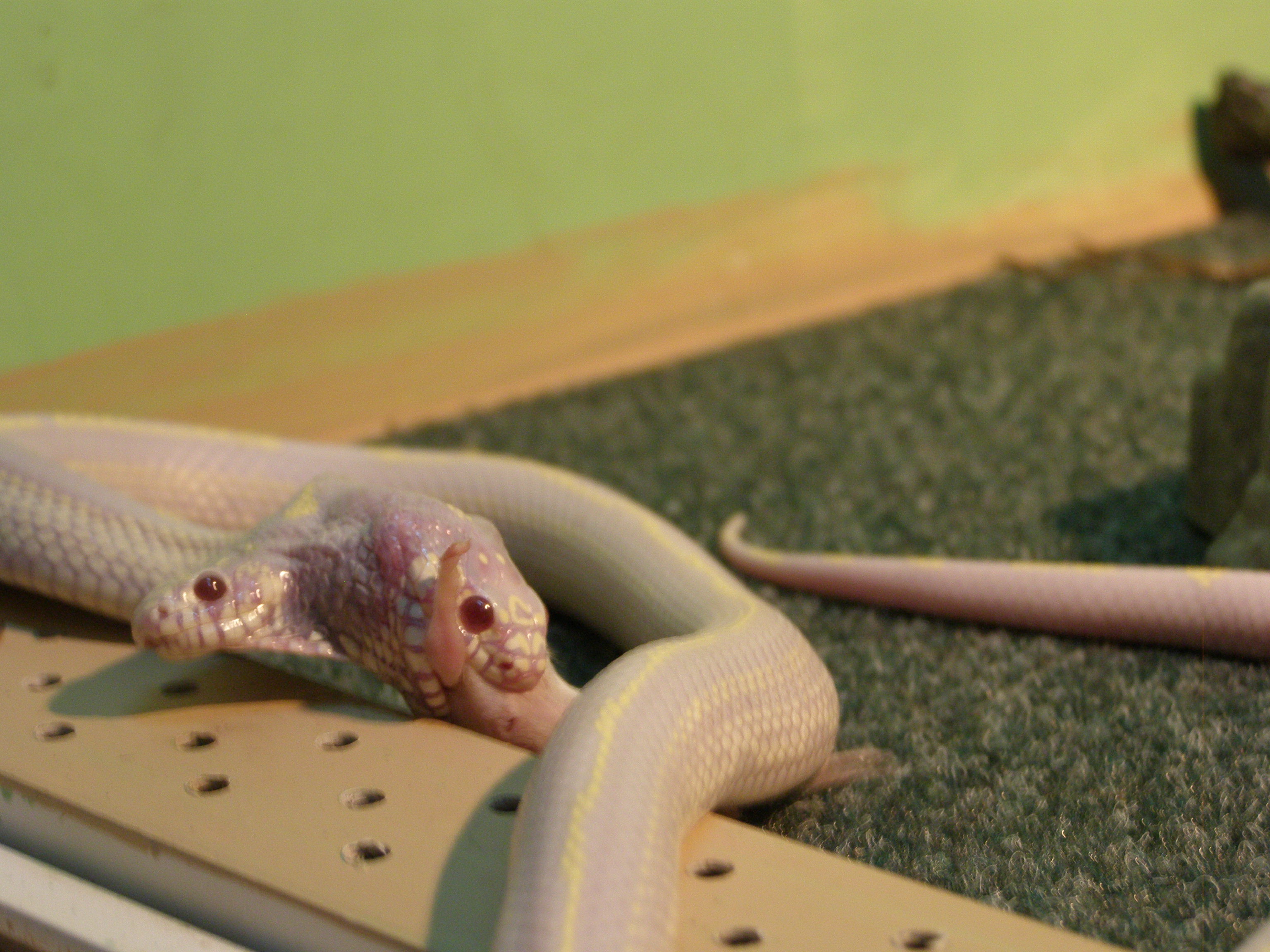 The snake was brought to Yalta from Germany within the framework of the project realized in collaboration with the Kiev zoo. With its help it was planned to attract customers’ attention to the exhibition of poisonous snakes. 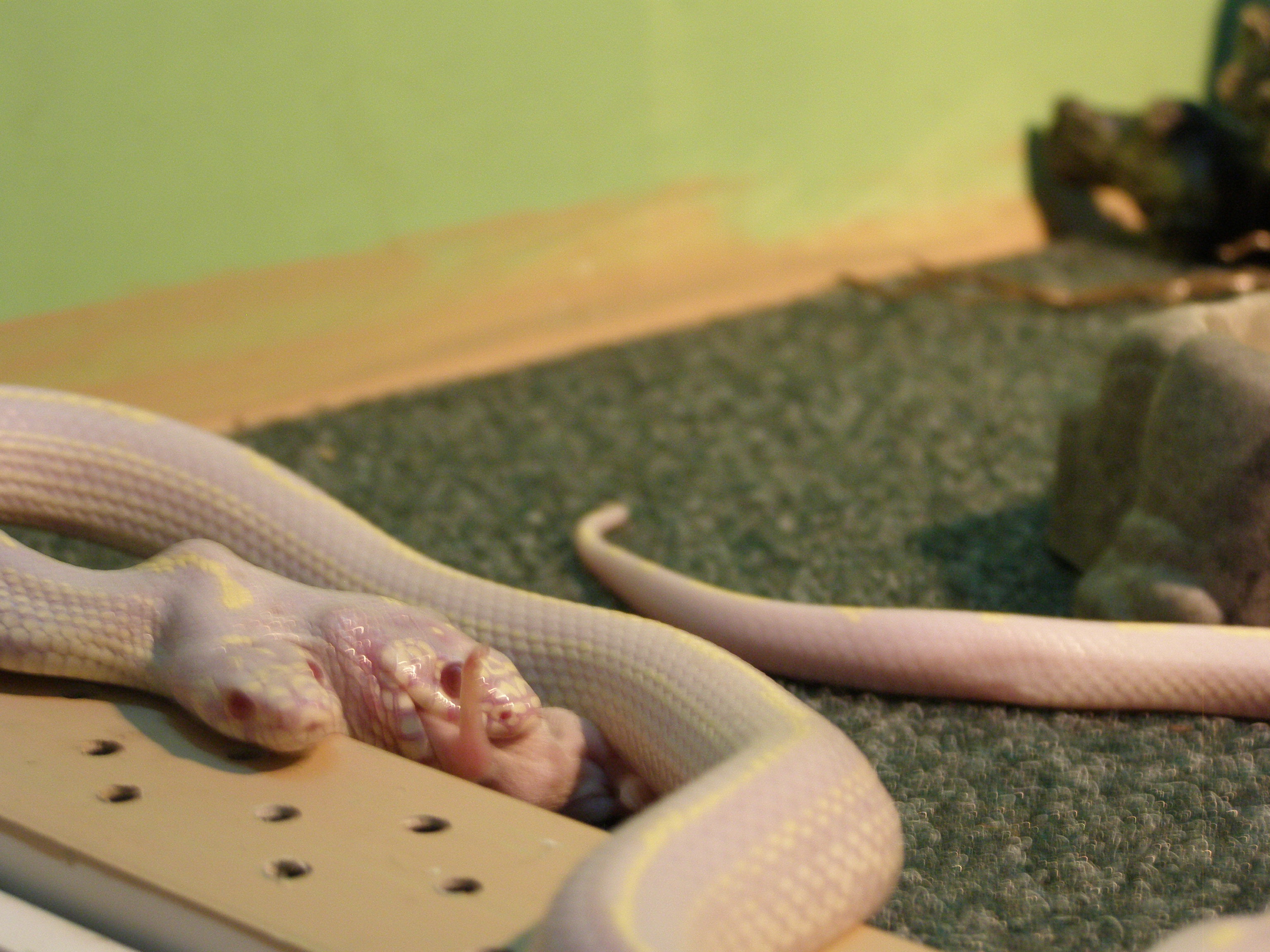 The life of the two-headed snake was estimated at 50 thousand Euros. Due to the presence of the little thing the exhibition attendance increased 50%. 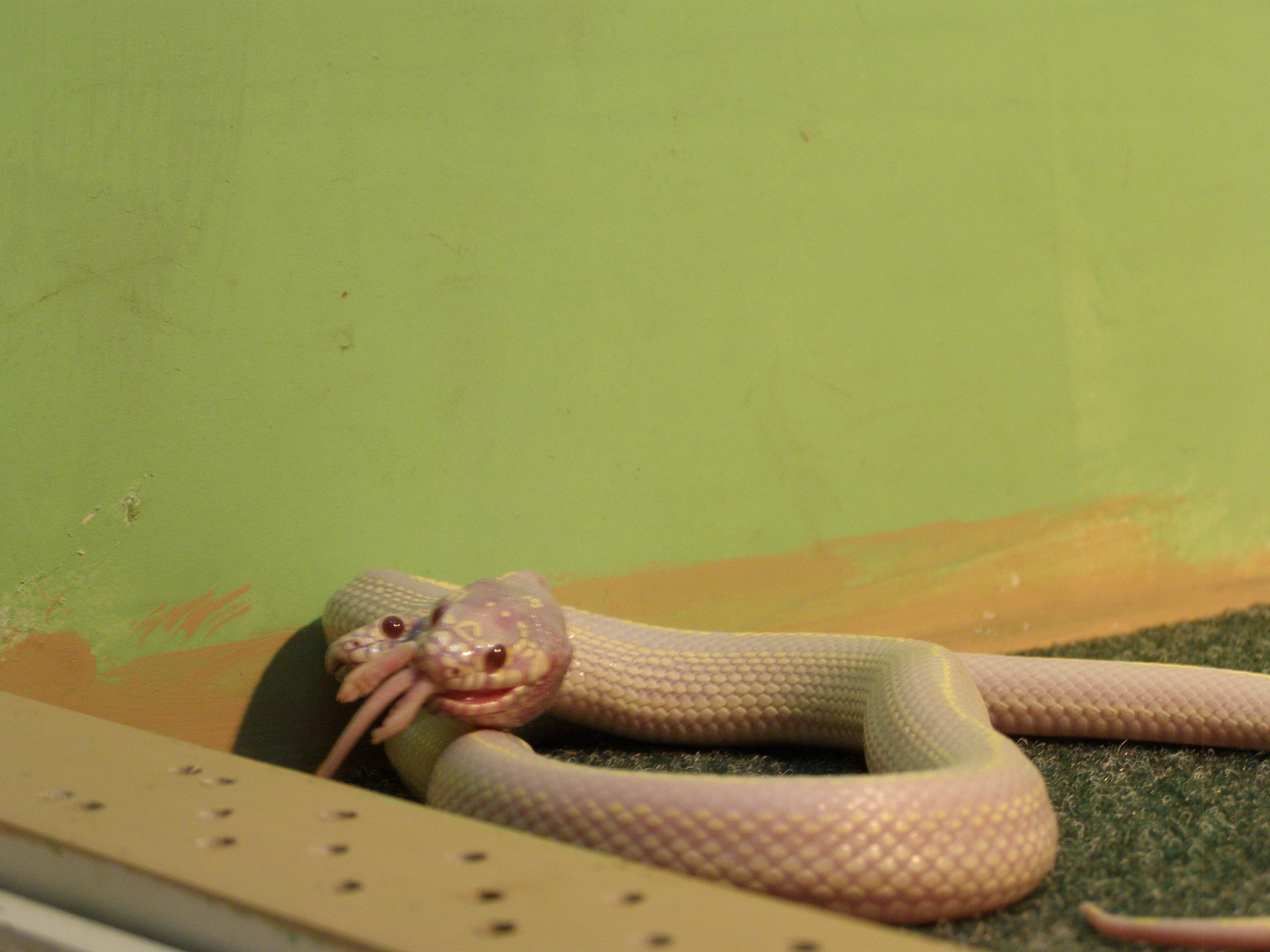 Such a snake is a rare phenomenon as it seldom survives in natural environment. 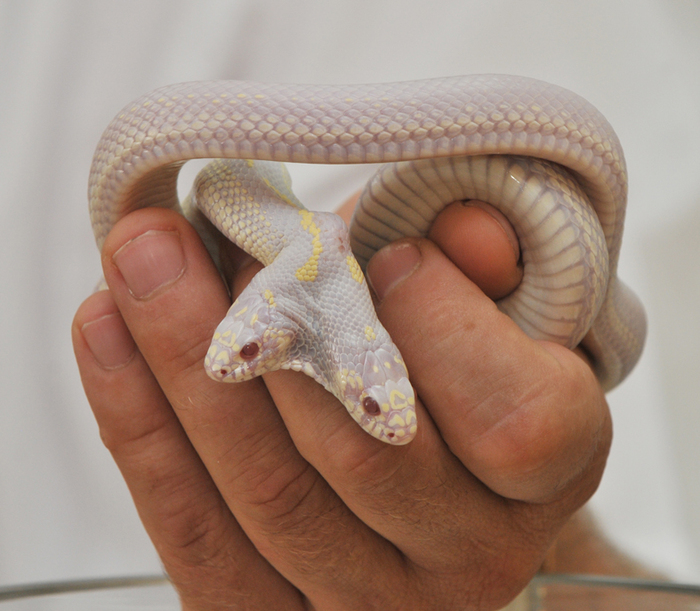 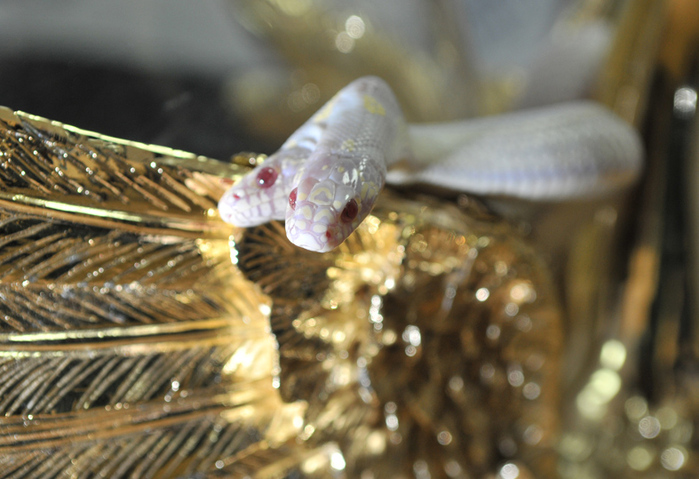 The wonder of nature prefers eating mice of certain size once a week. 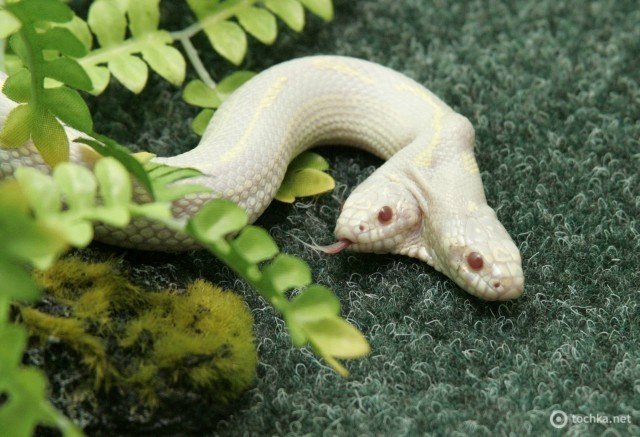 The process of feeding requires manual separation of the heads. Otherwise one head can be swallowed by the other one. 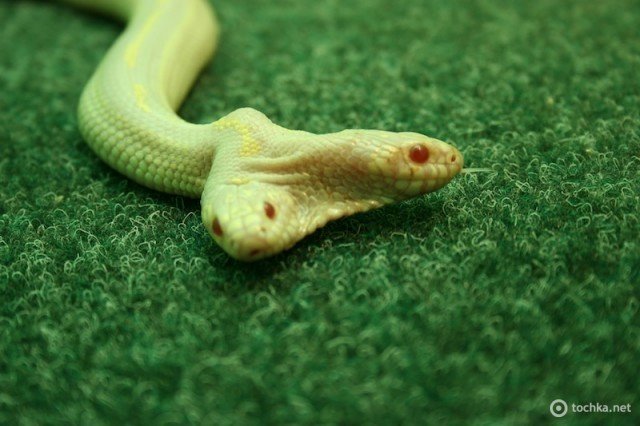 Don’t you think that each head should have a separate name? 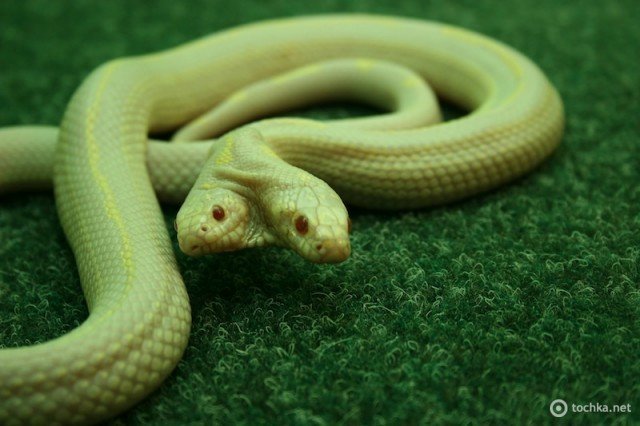 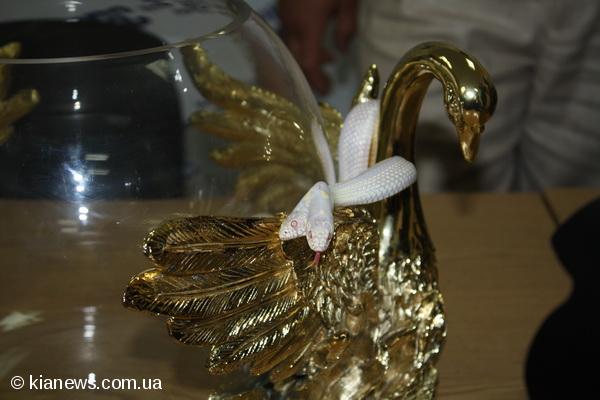 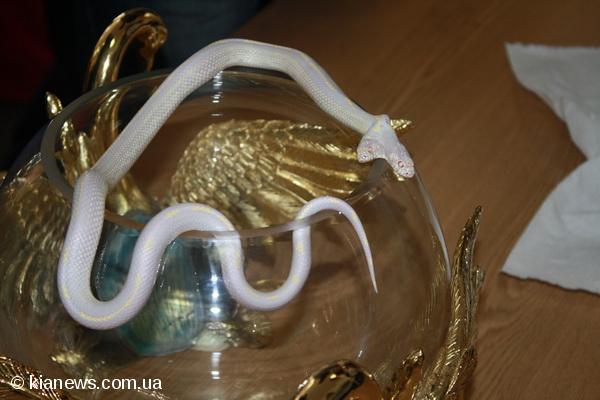 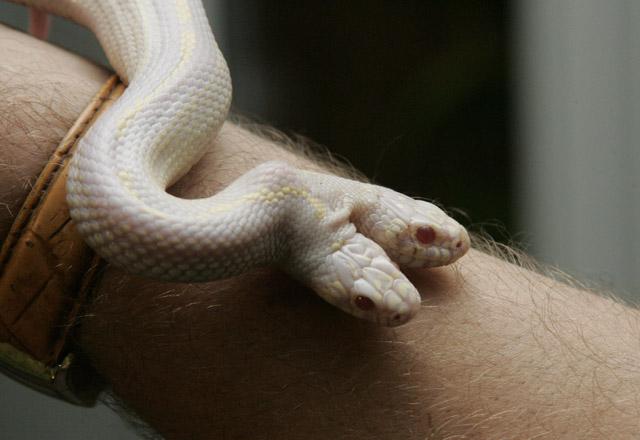 33 thoughts on “Two-Headed Snake: A Wonder Of Nature In Yalta”