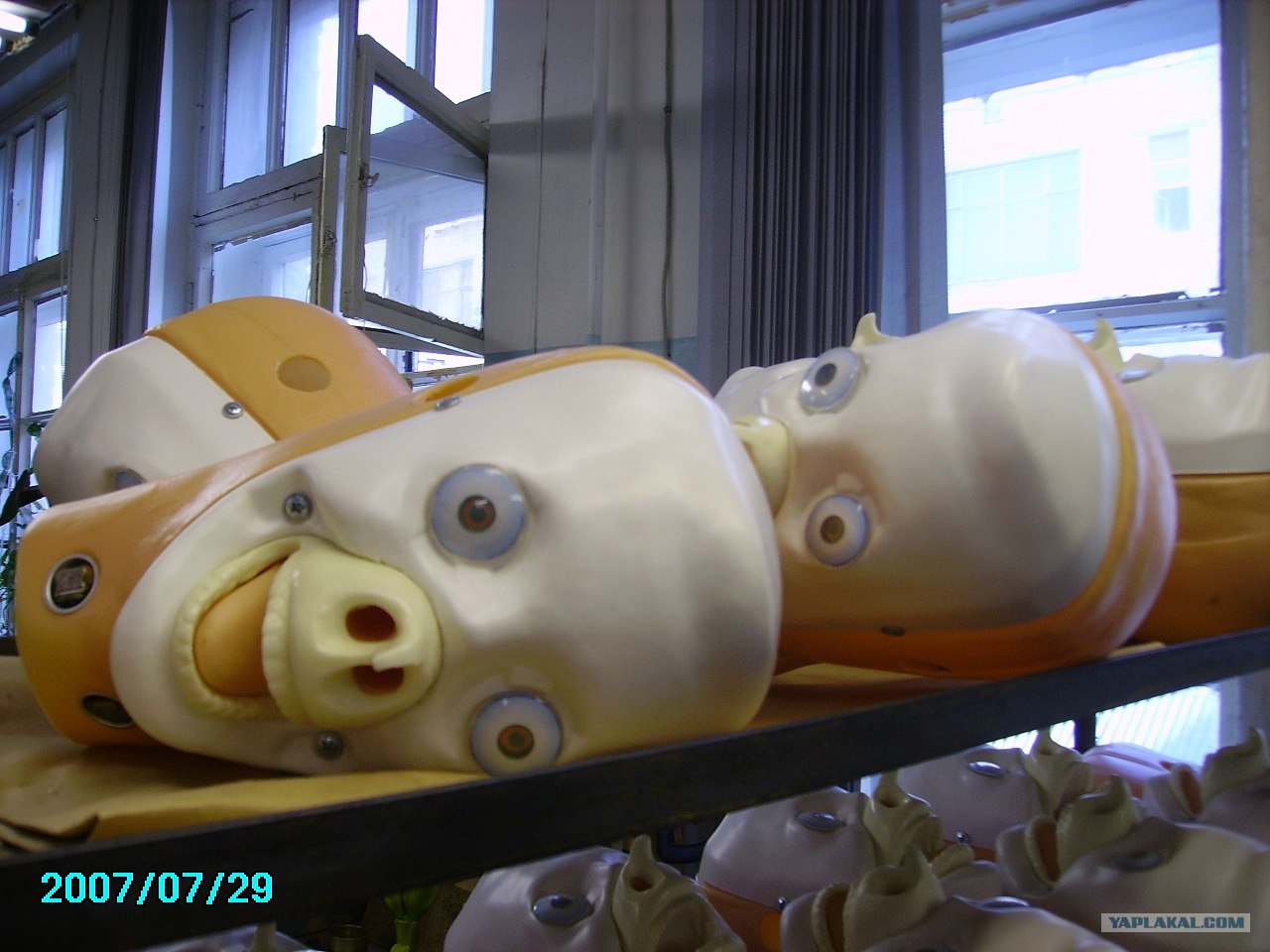 Willing to see how training devices for medical students are produced? Welcome to one of the companies located in Saint-Petersburg that produces devices for rendering the first aid and plastic skeletons. Click on the image to view the full size. 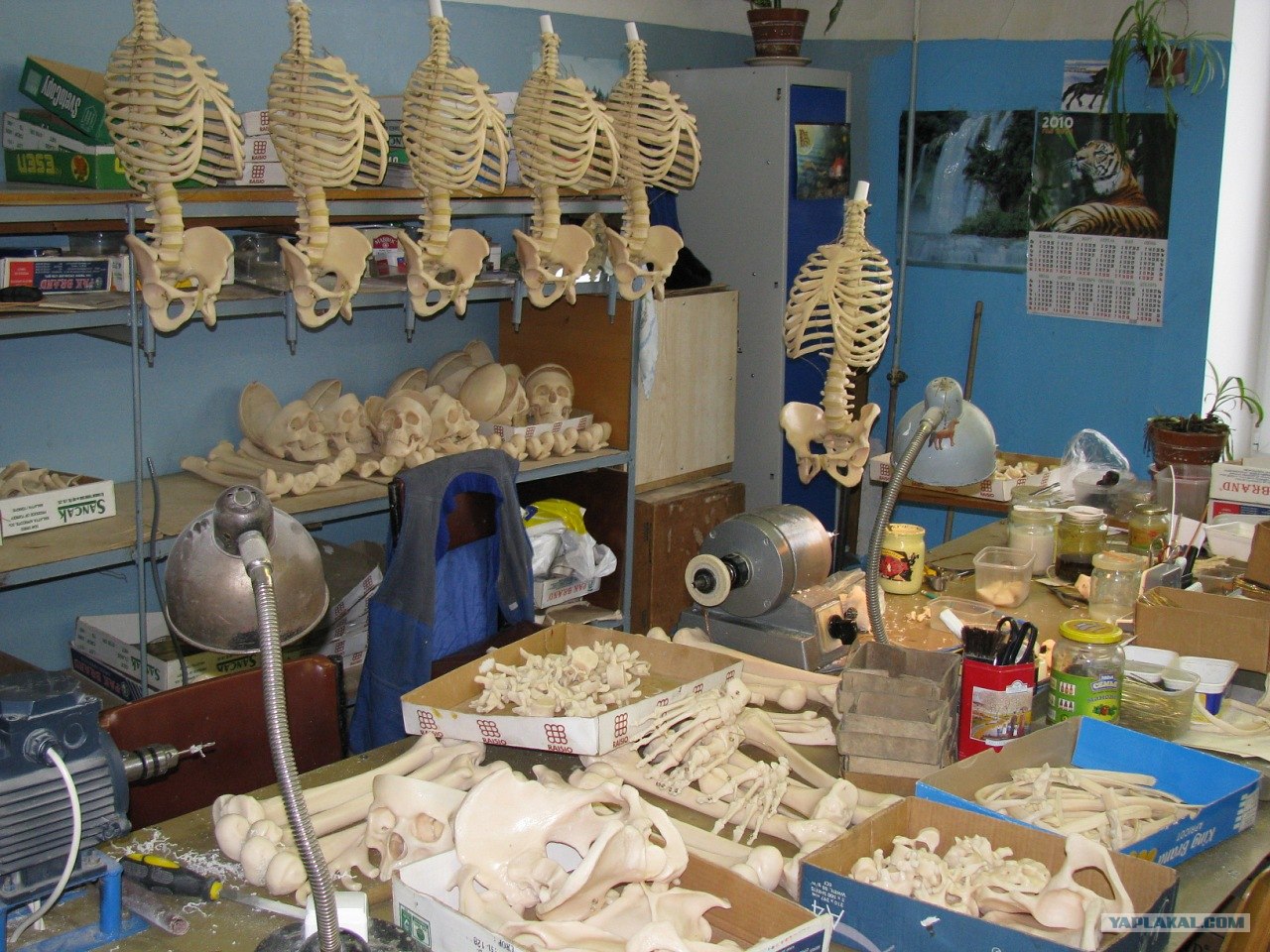 A plant producing training aids for medical students was created on the basis of the Soviet Health Ministry in 1934. The enterprise had two departments in Moscow and one in Leningrad. A huge number of training aids were produced that time. Some of them are still kept in schools and colleges. Doctors and scientists participated in development of the models being exact copies of health-care products. After the fall of the Soviet Union the enterprise broke in pieces as well forming three independent companies.

A few words about production of training devices. Its body is made of vinyl plate with the help of metal press. 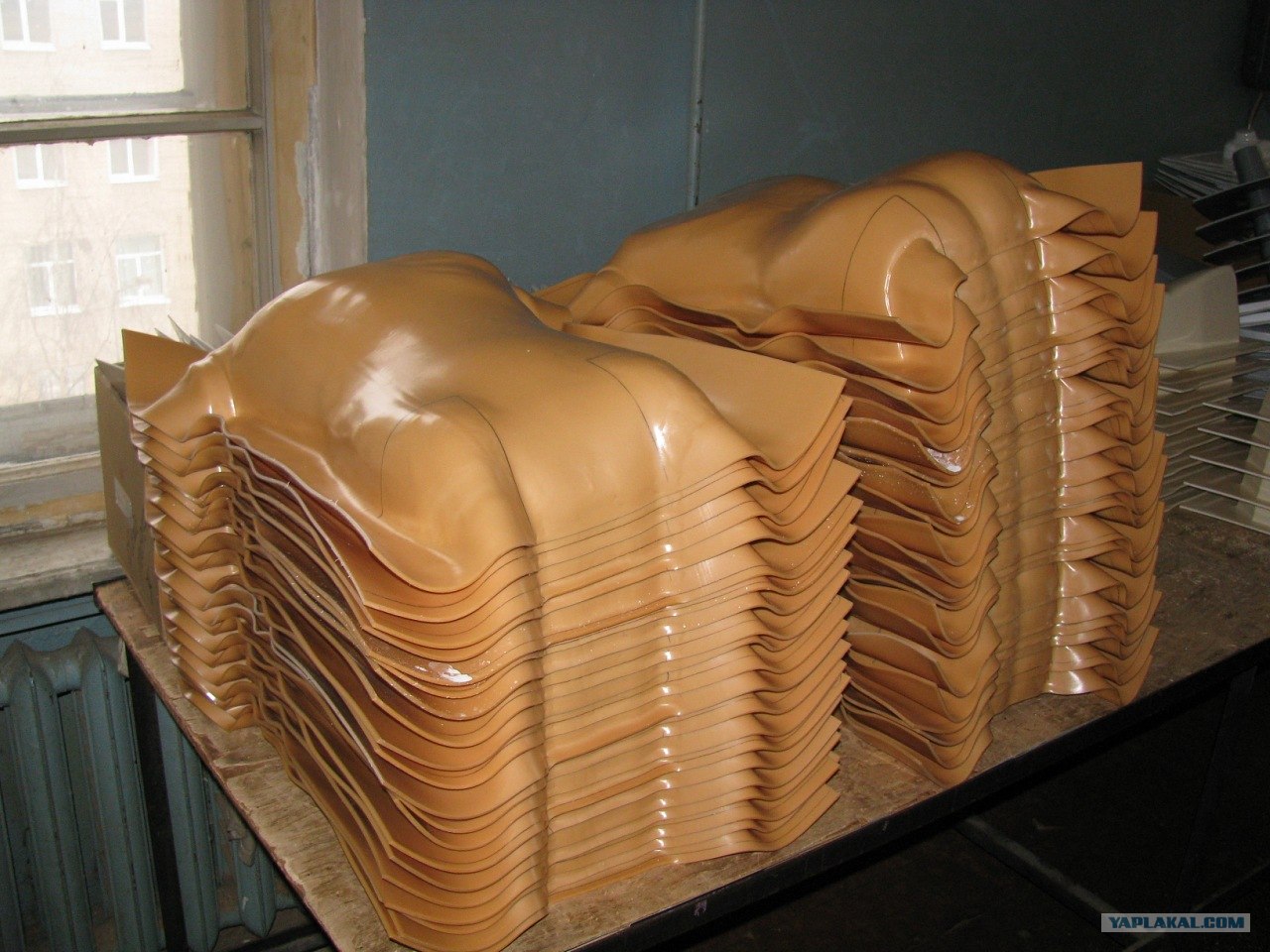 Two halves of the body are obtained. 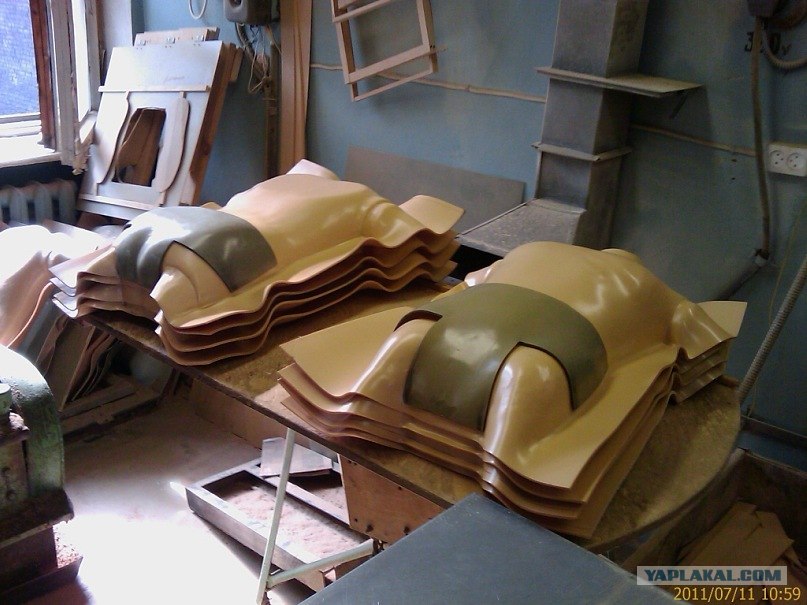 A mold is used to get a needed form. 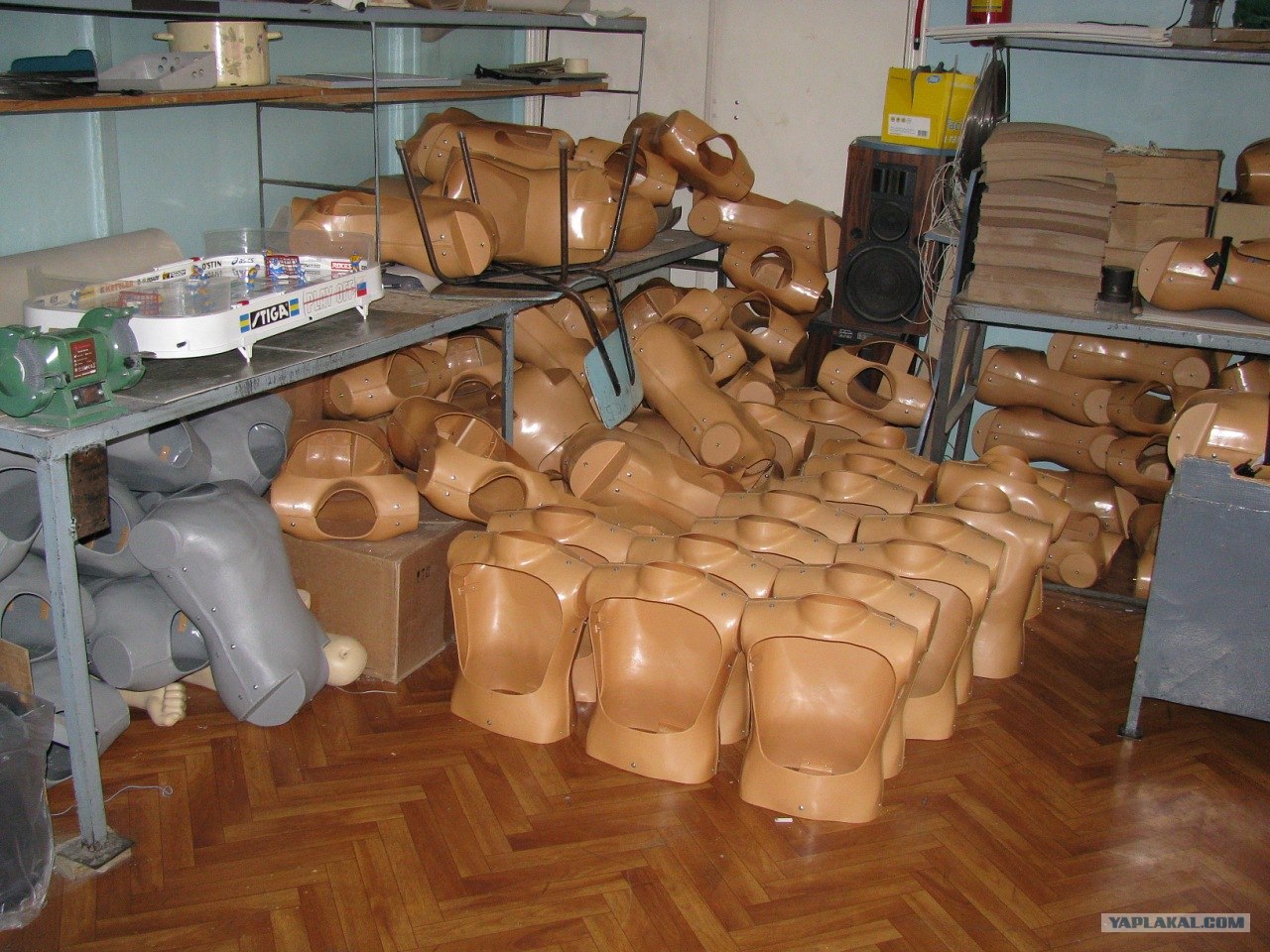 The halves of the bodies are glued to one another. 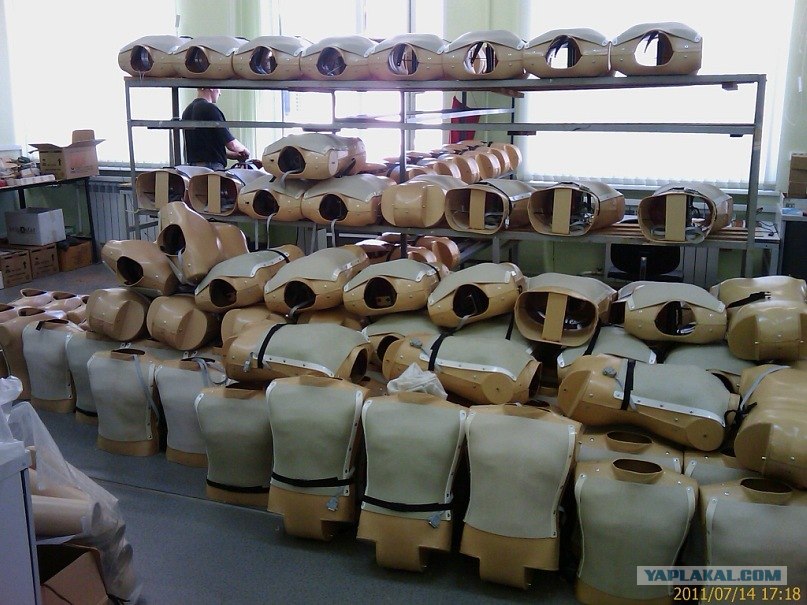 Ready body frame of a dummy. 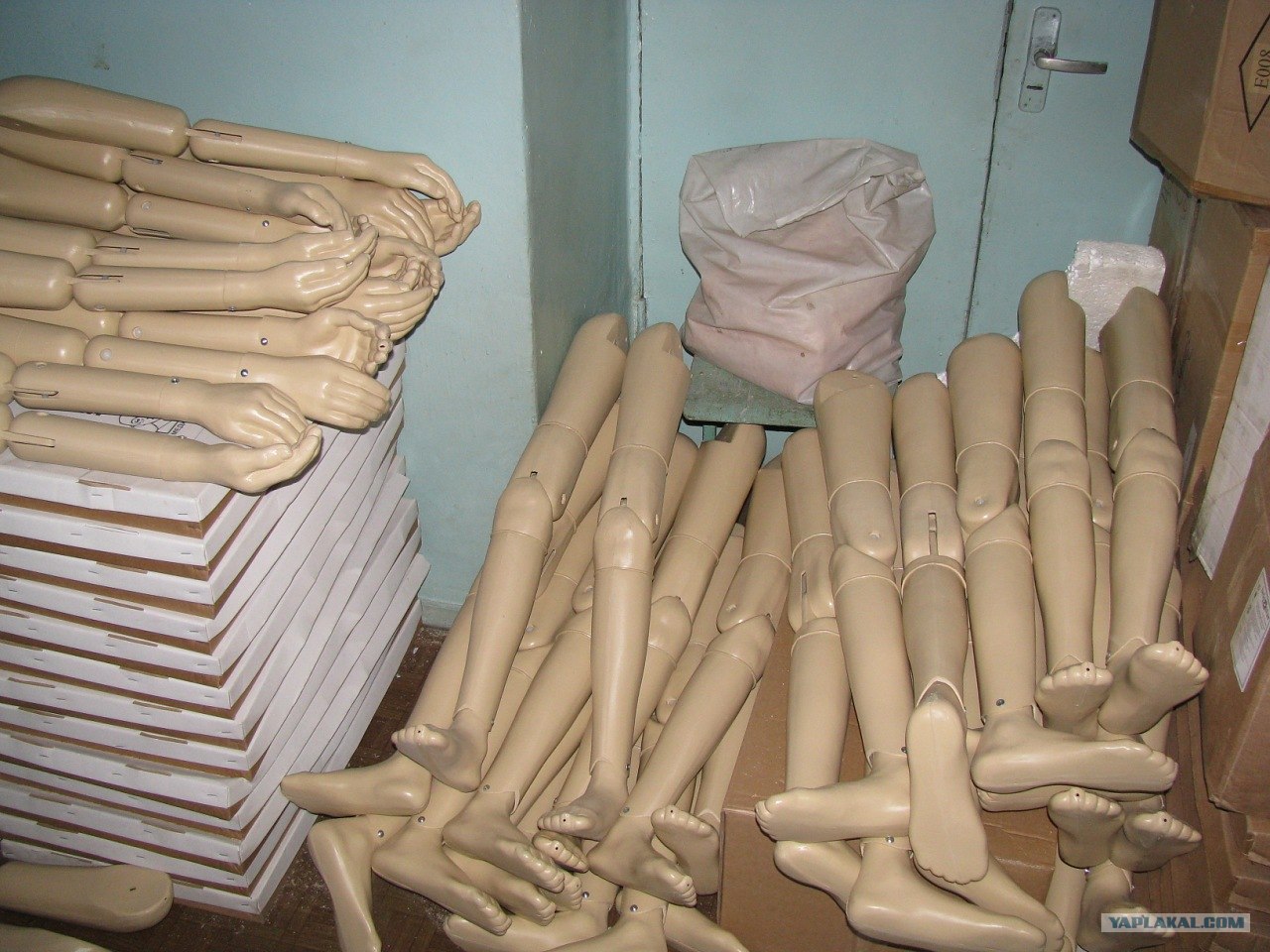 Legs and hands are made of polyethylene. 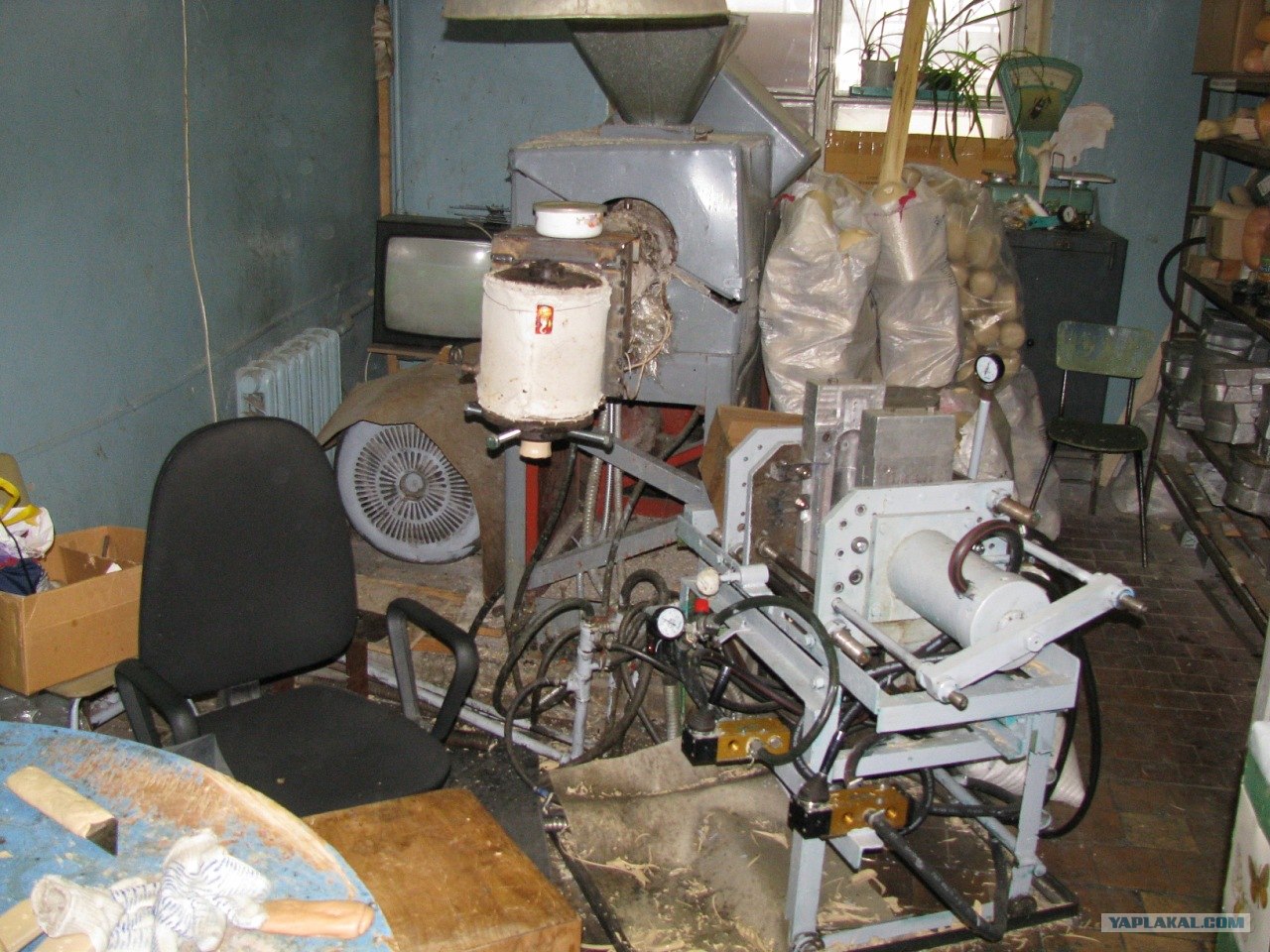 It is done with the help of such a blowing machine. 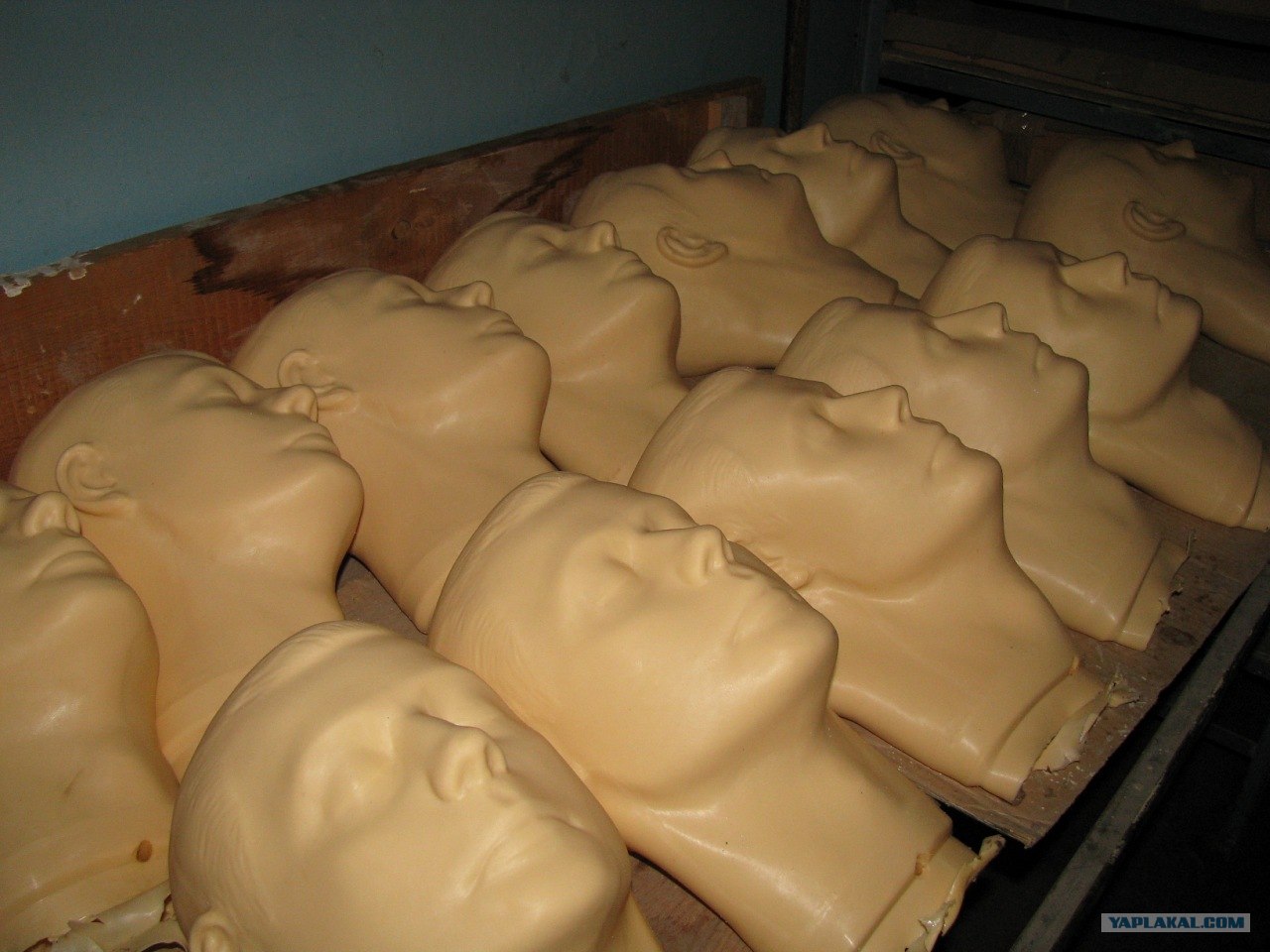 Heads are made of soft PVC. Liquid PVC is poured into a metal mould and put into a furnace. The ready-made heads are colored. This is the way other details are produced (stomach, nasopharynx, etc). Internal base of the head. Heads are fixed to the bodies. 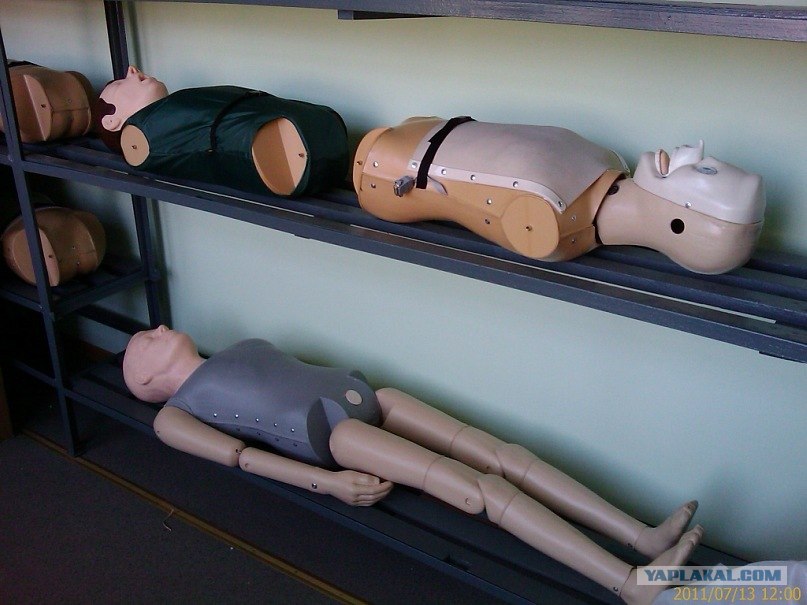 A ready training facility is equipped with electronics which allows to control the educational process of resuscitation.

23 thoughts on “How To Assemble A Medical Training Device”