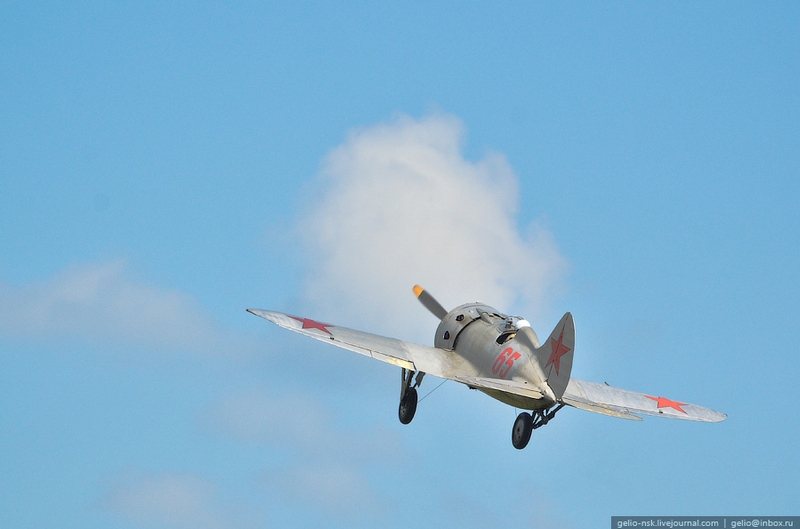 On the 17th of July flight tests of the restored Soviet fight monoplane Polikarpov I-16 were held at the Mochische airdrome. The first flight of the prototype was made by a test pilot on the 30th of December, 1933. The basic materials are wood, aluminum and constructional steel. The plywood covering of a wing was made from cloth and then covered with multi-layered aviation lacquer. The power set of the tail assembly and ailerons consist of aluminum. The landing gear was removed manually by turning a winch steering wheel (44 turns). 1301 copies of I-16 airplanes were produced at the Novosibirsk aviation factory. Firstly a cabin was closed, then open. This change was partially forced: lanterns were of rather bad material and it worsened the pilots’ vision. Moreover pilots complained because they used to fly with open cabins. The airdrome “Mochische” is located 15 km from Novosibirsk. 16 thoughts on “New Life of the Soviet Monoplane”