Before the beginning of the WWII an edict to create a “zone of total defence” around Moscow was adopted. This area included different fortifications that could detain fascists for some time if they came up to Moscow. Huge buildings, bunkers, tank guns and trenches were constructed very quickly. That is prisoners who must hold the defence. Fortunately there was no need to do this. The enemy army was stopped on the approaches to the fortified area. Here we’ll speak about one of such places that is located in Nakhabino town of the Moscow region. 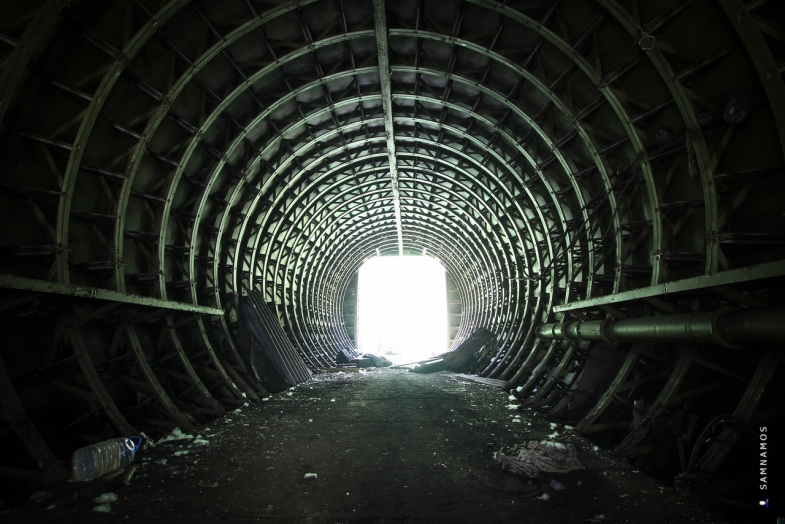 The position territory enclosed and empty at first sight. But if you look hard, you could see sticking up tank guns in bushes. Every gun has its own emergency exit, located at a little distance. There are two small rooms inside. The first one is where the cannon itself is located. The second is a small room with a cupboard for ammunition storage. In addition to numerous guns, you can find two huge “hills”, hiding a bunker for cars. The second “hill” is tightly closed. Very often rooms have cylindrical shapes and they are divided by a partition. Another type of dugouts is made with pivots covered by a fabric. Some of them even have illuminators. The monument to the first liquid missile is located in one kilometer from the positions.