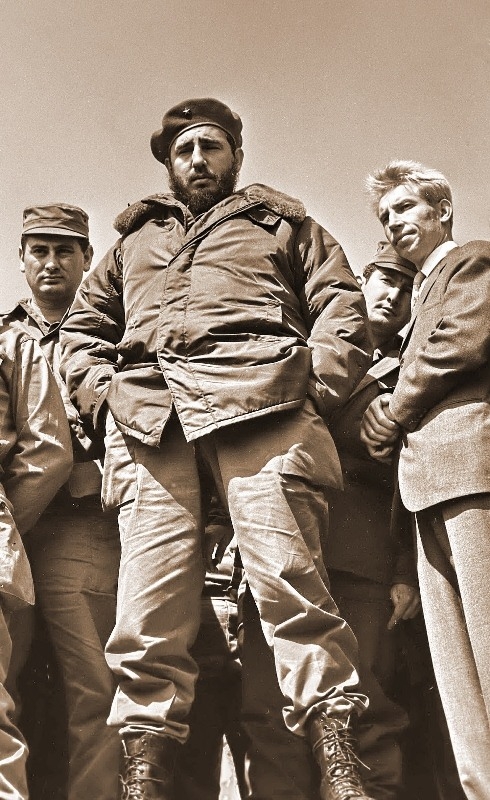 At the end of the last year the exhibition of photos of the famous photographer Stepan Kurunin was held in Volgograd. It was timed to coincide with the centenary of the master. For many years he photographed the life of Volgograd, preserving those rare, vivid and emotional historical shots for the future generations. Here we will show you just some of them. 4. Fidel welcomes the residents of Volgograd near the Tractor Factory. 5. And that’s how Fidel was met at the airport. 6. Dolores Ibarruri, the leader of Spanish communists, speaks at the podium. 7. The grave of her son died at Stalingrad – the Hero of the Soviet Union, Captain Ruben Ruiz Ibarruri. 8. The Yugoslavian leader Josip Broz Tito lays a wreath at the Eternal Flame. 11. The leader of communist Vietnam Ho Chi Minh (on the right). 14. Prime Minister and President of the Republic of Afghanistan Muhammad Daud. 15. Princess of Iran Ashraf Pahlavi in the Volga Hydroelectric Station. 16. The Hero of the Soviet Union and the second president of Egypt, Gamal Abdel Nasser in the Volga Hydroelectric Station. 18. One of the leaders of East Germany, Walter Ulbricht. 21. The Queen of Nepal at the Red October Factory (Confectionary). 23. The Emperor of Ethiopia Haile Selassie. 24. The American artist Rockwell Kent and his wife. 26. The American singer and actor Paul Robeson who sang the hymn of the Soviet Union in his native language. 27. The Chilean poet and Nobel laureate Pablo Neruda and his wife. 28. The Brazilian writer and member of the World Peace Council Jorge Amado. 46 thoughts on “Great People in a Great City”