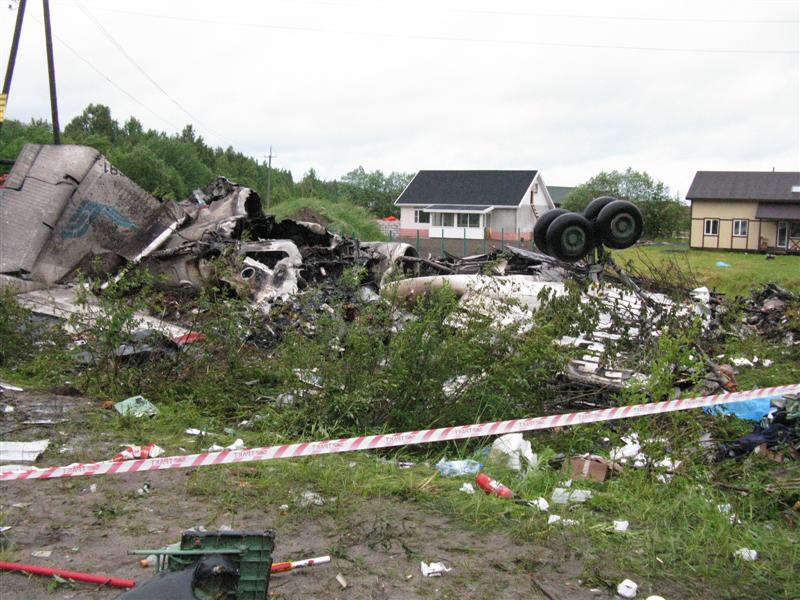 The Tu-134 crash near Petrozavodsk in north-west Russia was reported on June 21, 2011 by an eyewitness from a village nearby. The plane flew from Moscow to the northern city of Petrozavodsk. 44 people out of those 52 aboard couldn’t survive in the crash. 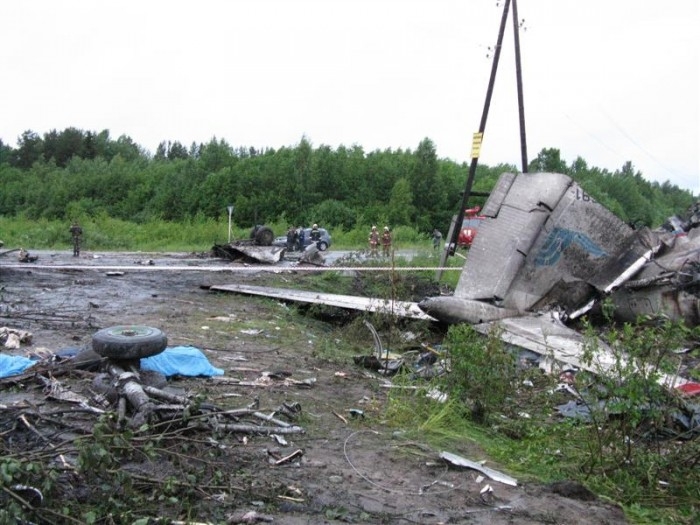 Various possible causes for the accident are being studied, including a human error. A criminal case and investigation have been opened. The blackout on the runway is suspected to be one of the main factors that led to the accident.
As the plane came down it damaged high-voltage power lines, which caused a blackout in the airport and the surrounding area. Bad weather conditions served as the second factor that caused the tragedy. While starting its descent, the pilot didn’t manage the flight strip due to poor visibility. Following the command of the flight operations officers, at the time of the second approach the high-voltage power lines located along the road were damaged and the lights of the flight strips were out for 5 seconds. When the emergency illumination was on, the plane had already hit the ground. Meanwhile, the version with the blackout is not officially supported and is just a hypothesis as the airport underwent reconstruction just 1,5 years ago and was supplied with a redundant power supply unit. Tu-134 was to land in Petrozavodsk on June 21 but never reached the airport and landed the highway instead. In fact, the place of destination was just 1 km away the site of the accident. Fortunately, the plane didn’t damage the summer cottage located nearby. 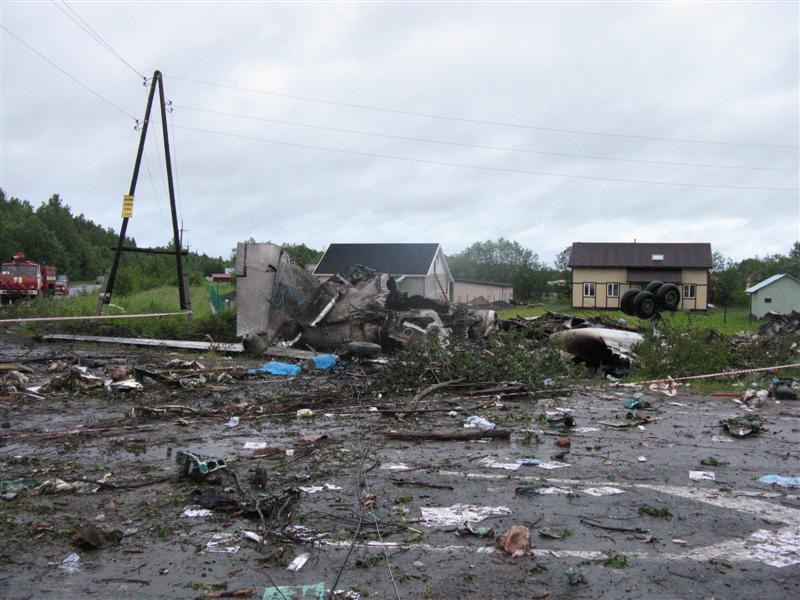 In the result of forced landing the fuselage was damaged causing fire. 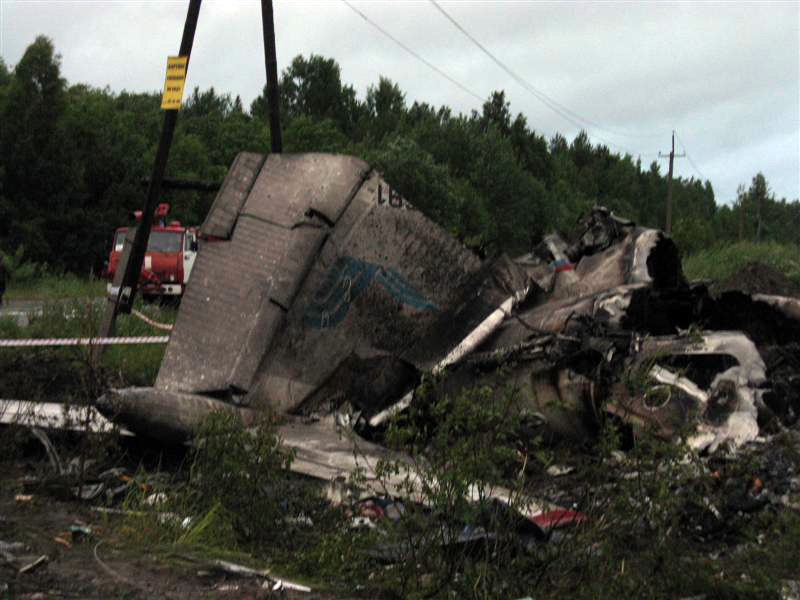 The survivors were taken to the local hospital. Many of them suffer from severe conditions. 3 operations have been done recently. 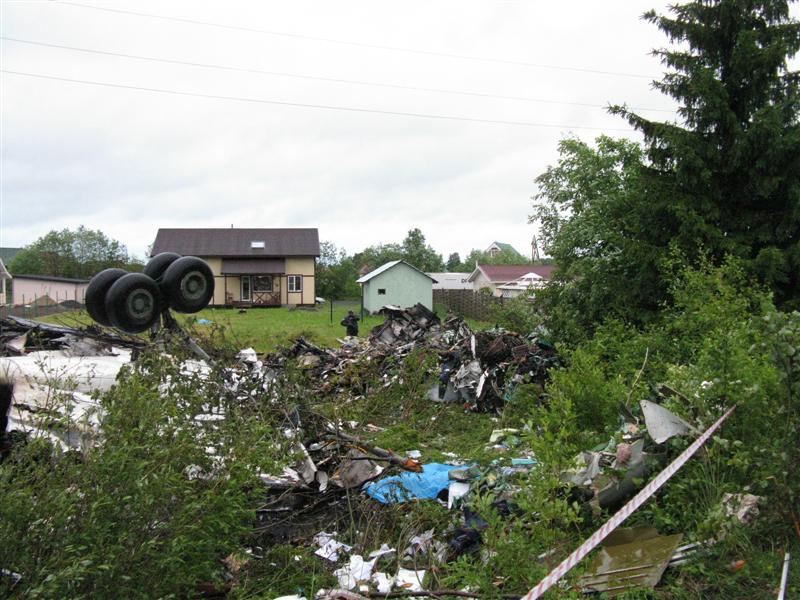 Just after the Tu-134 hit the ground, three men approached the plane and managed to carry several people out of the wreckage before the explosion. 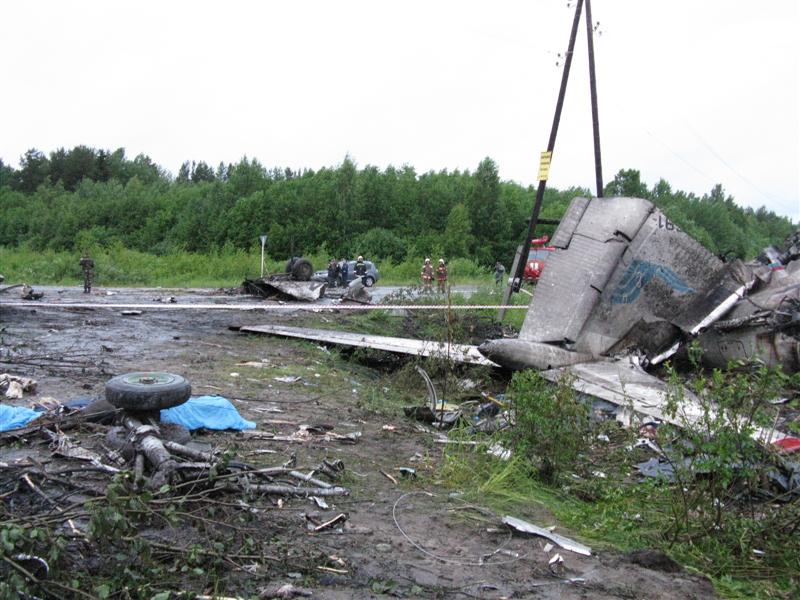 The RusAir airline reported that the Tu-134 had been in a good technical condition before it took off from Moscow. The aircraft substituted a Bombardier CRJ-200, which previously did the Moscow-Petrozavodsk flights. 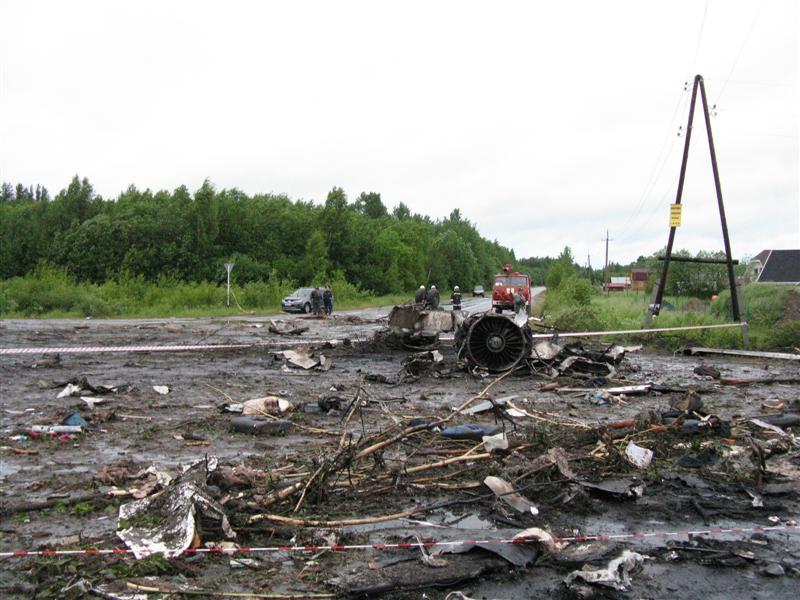 The Tupolev Tu-134 is a twin-engine airliner designed in the early 1960s in the USSR. The model has been in operation in more than 40 countries, but the largest fleet of Tu-134s is still in Russia. 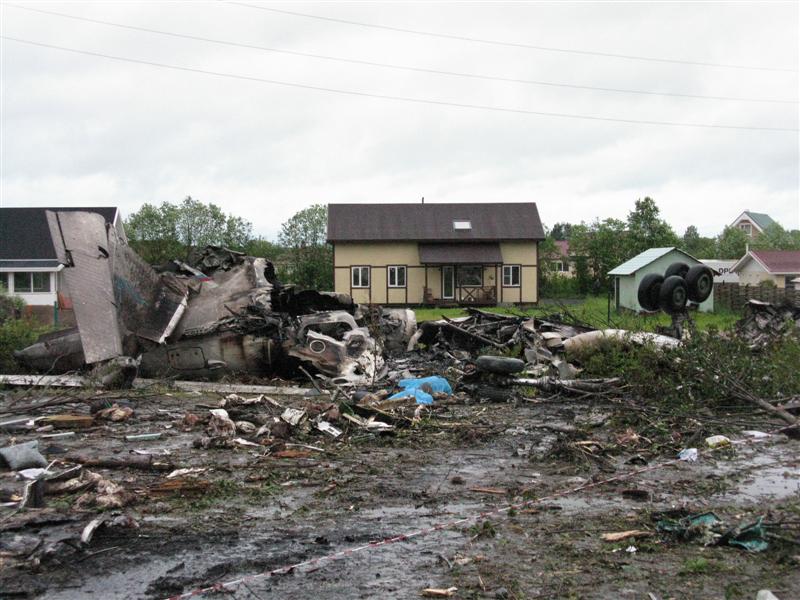 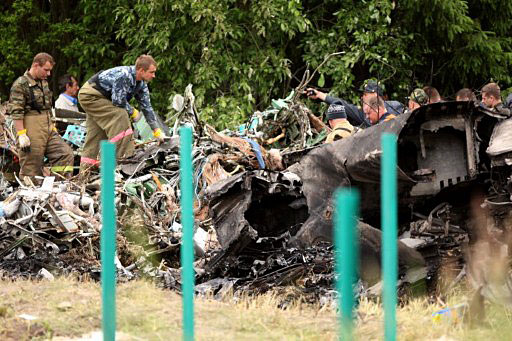 In 2007, the Russian transport minister called the Tu-134 an old and outdated airliner that needed to be replaced by the Sukhoi Superjet 100 or foreign equivalents within five years. There are 28 recorded crashes, including this latest one, for this model. 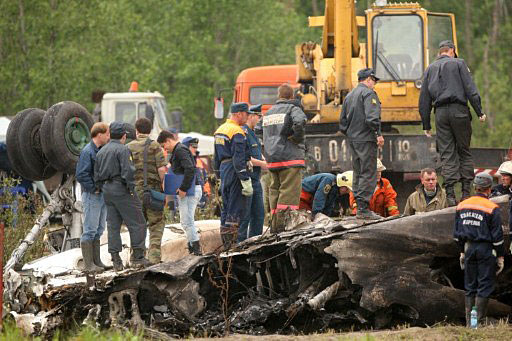 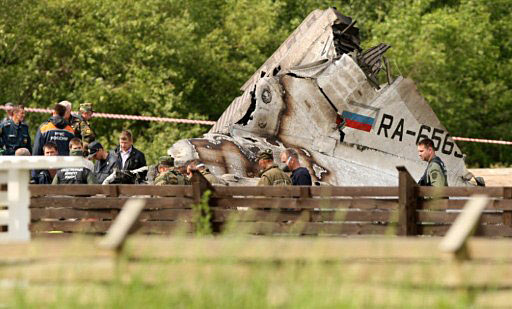 A three-day period of mourning for the victims of Monday’s deadly air crash started in Karelia on Wednesday, June 22. 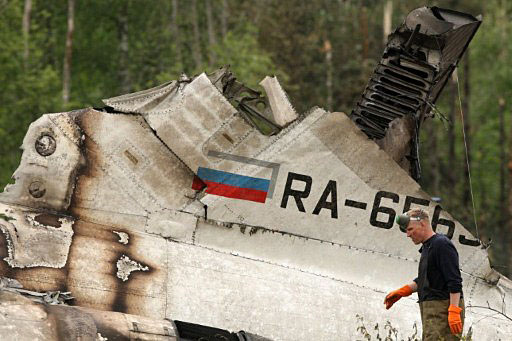 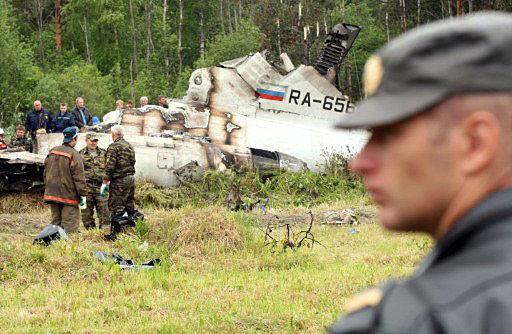 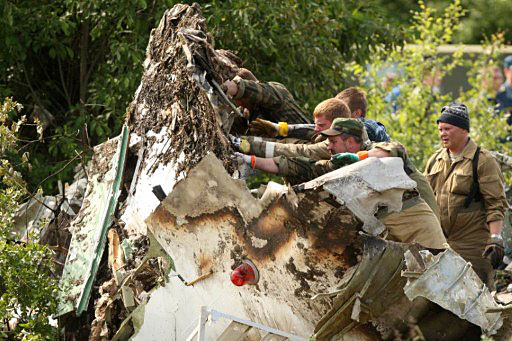 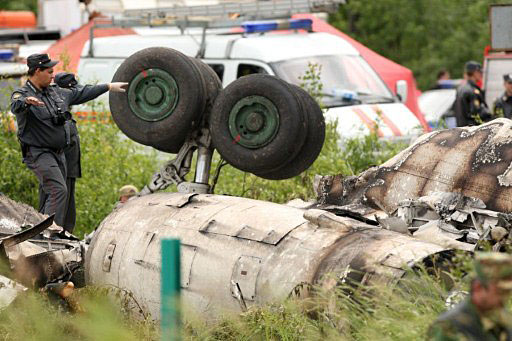 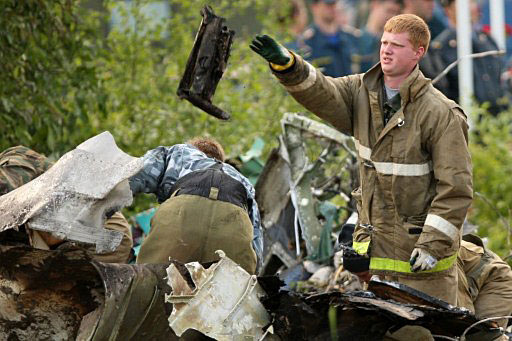 11 thoughts on “A Plane Crash In Karelia”