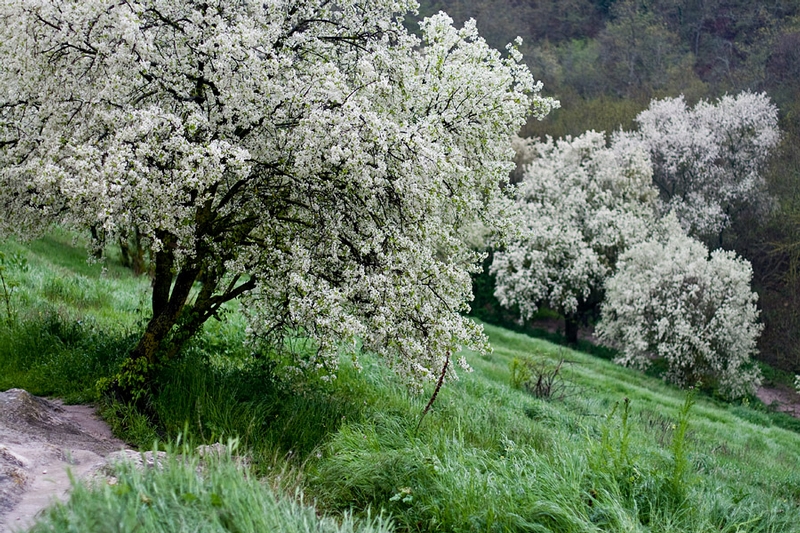 Spring at the Crimea is amazing! Especially the snow-covered trees on the mountains. If you go to the cave city of Chufut-Calais during the dull weather you will get to see the puzzling views of nature. The ruins of the cave city of Chufut-Calais are located on a plateau which rises 540 meters above sea level. It was founded by the Byzantine Empire in the VI century as a fortress. The name of the city Chufut- Calais translates as the “Jewish fortress”. In most of the guidebooks  its written that at this point, when one gazes down towards the valley, there should be a magnificent view of the valley Ashlam-Dere. But here all we see is “milk”. The fog sometimes has its ways of ruining the day. 24 thoughts on “The Cave City of Chufut-Calais”