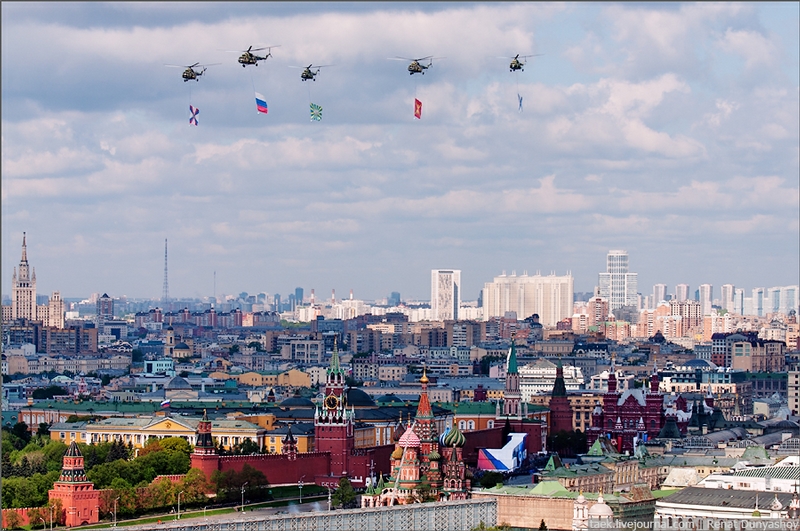 The pictures of the military parade taken from the roof of one of the Moscow living blocks. The weather wasn’t quite so great that day. The sun appeared rarely and only in some places. More than 100 buses stand on the roadsides. “Yulya, I love you” is written on asphalt. After the parade soldiers took their seats in buses and came back to their units. And some pictures made on the ground. 6 thoughts on “Moscow Parade From Above”