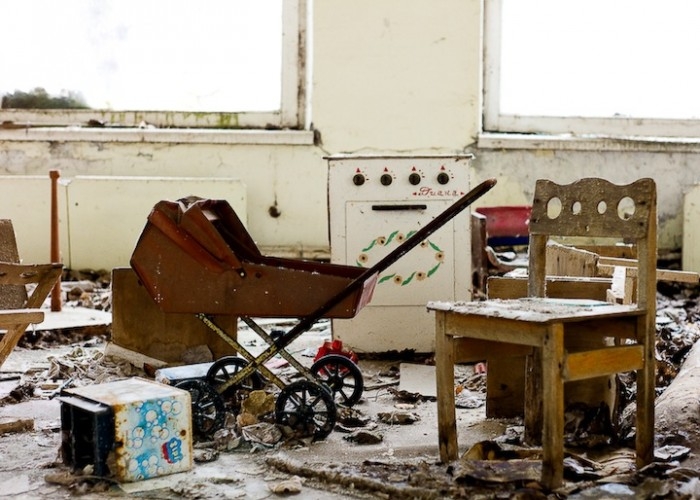 The accident in Chernobyl is considered to be the biggest tragedy in nuclear power stations and one of the two accidents that reached the highest level of The International Nuclear Event Scale ( the second is the Fukushima accident ). This scale has 7 levels allowing to value a damage degree. On the following pictures we can see how the disaster changed or destroyed people’s lives. These pictures are taken 25 years after the terrible catastrophe, but it seems nothing has changed: toys in kindergartens are still lonely. The toys can tell some stories that have much in common with recollections of the people who went through the Chernobyl accident. Nowadays a group of photographers work on the project “Igrushka” (“Toy”) where they collect pictures of Russian toys. When this project is over, the photos will be inserted into a book dedicated to the Chernobyl tragedy. 3 thoughts on “Years After The Biggest Catastrophe…”