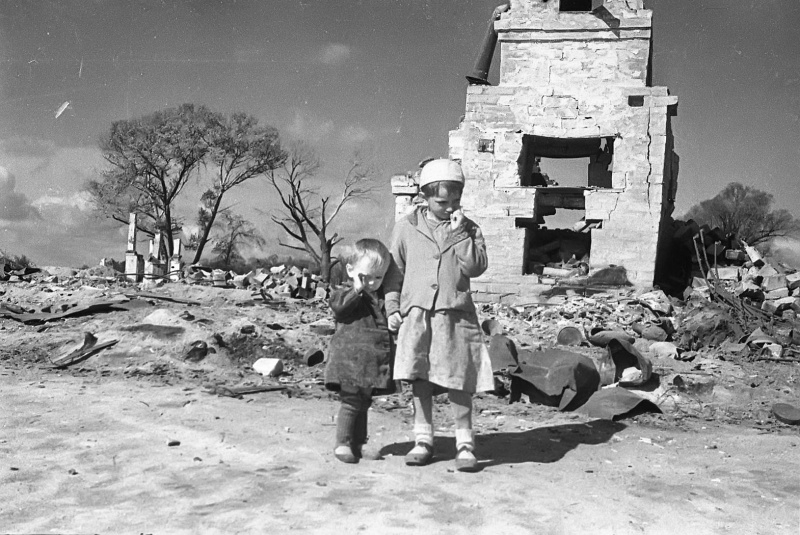 We all know or imagine how difficult was a soldier’s life. But how did photographers work in these conditions? Thanks to them, now we can see war pictures and plunge into that terrible atmosphere. A. Shaikhet, “The bombshelter in the metro station Mayakovskaya”, 1942. E. Evzerikhin, “A fountain “Children’s round dance” after a fasсists’ air attack”, Stalingrad, 1942. A. Shaikhet, “A private meets his survived sisters”, Karachaev, 1943. Their father and mother were killed by Germans. M. Savin, “The town of Zhusdra”. This town was occupied by Germans, all buildings were destroyed and all employable people were sent to Germany. N.Bode, “The Khitrov family”. Nikolay Khitrov received the order of the Patriotic War because he destroyed 6 German tanks during one fight. But he didn’t receive the order by himself, he was killed in 1943. I. Shagin, “Soviet soldiers in a Berlin tramway”. Eu. Haldei, “A Jewish family liberated from the Budapest ghetto”, 1945. 4 thoughts on “Pictures Telling the Story Of The War”