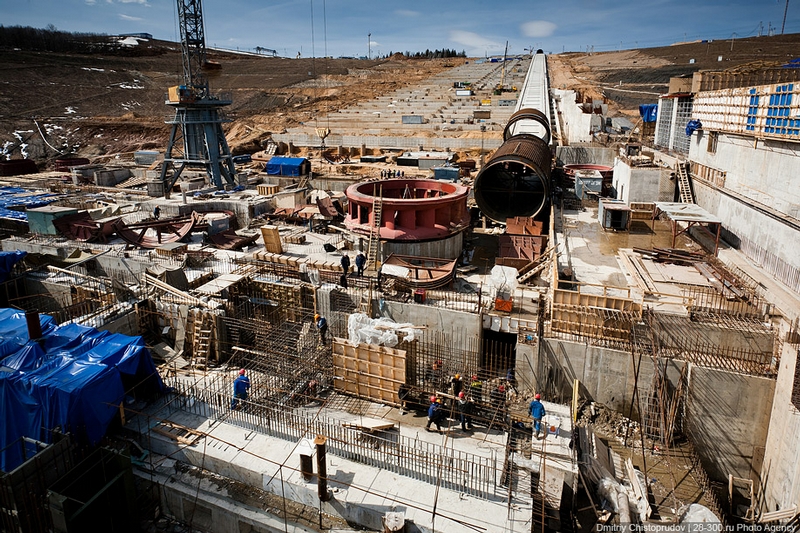 The biggest Russian storage hydroelectric power station (GAES-1) is located in the Moscow region and is called Zagorskaya. Its power is 1200-1320 MW ( in the turbining and in the pump operation). Nowadays the GAES-2 is being constructed.

The GAES-1 is a unique hydroelectric project that reserves electricity returning it in the power system as the need arises.
A view from a crane that opens and closes gates of the upper pool. This pool is artificial and made by the help of a dam.

Despite the fact that the GAES efficiency is only 75% (the production is unprofitable), its usage is economically repaid by a big difference between costs for the peak and night energy. When the station has the surplus of electricity then hydraulic units work as pumps using cheap energy and they move water from the lower pool into the upper one at the height of 100 metres. 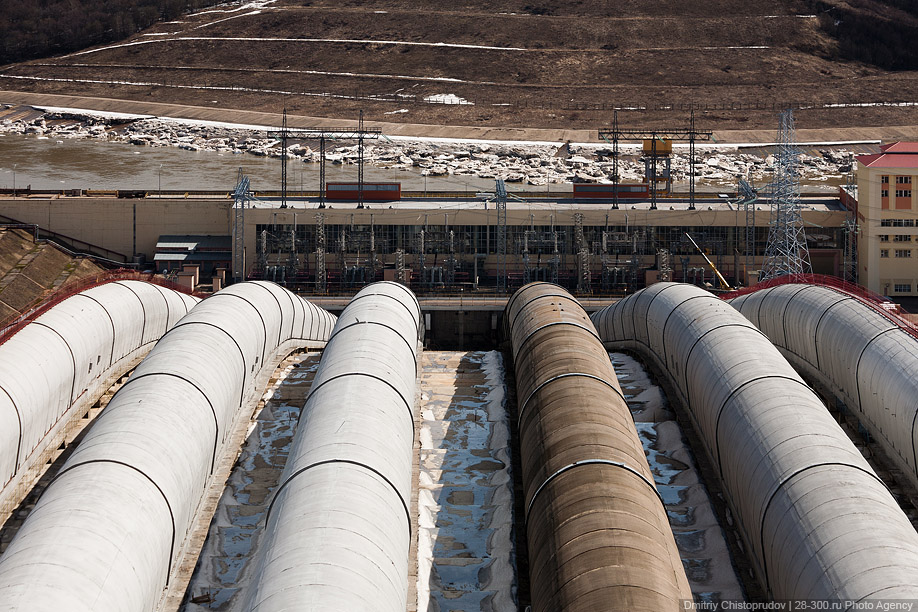 When the power system has the deficiency of electricity then hydraulic units work as generators and transform the energy of falling water into the electric one. Huge blocks of ice in the river Kunia. Rails for the crane. The length of water pipelines is 800 metres, the diameter-7,5 metres.

In 100 metres from the GAES-1, the GAES-2 is under construction. The first concrete cubic meter of the foundation was put in 2008. More than 1500 people and 500 machines work here. The assembly of pipelines is the most laborious process in the station construction. It requires about 12 months of work. The excavation for the future machine sector. The construction of the GAES-2 is one of the most expensive in the history of Russian hydro power plants. The first two hydraulic units with the 420 MW power are planned to be brought into operation in 2012. A stator of the pump turbine aggregation. The place for a dam of the upper pool.

Even the sky here is some sort of difficult. 7 thoughts on “The Unique Hydroelectric Project In The Moscow Region”