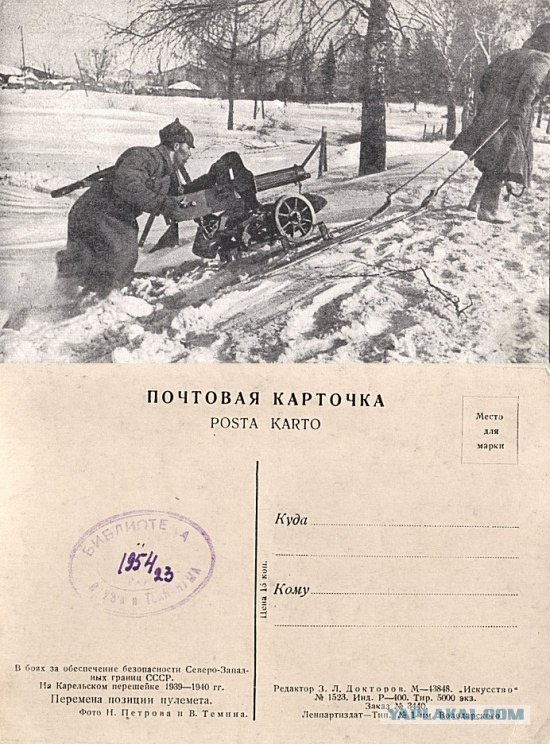 The war between the USSR and Finland in 1939-1940 lasted only for 105 days. But both sides had great losses: several divisions disappeared for ever, thousands of people were taken prisoners or just became mad from such unbearable lives. The difficulty consisted in the fact that it was the stern winter and many Russian soldiers had to wear only blouses. But they continued to fight because Stalin said: ” There are no such fortresses that communists could not capture!” Here are postcards from those times. 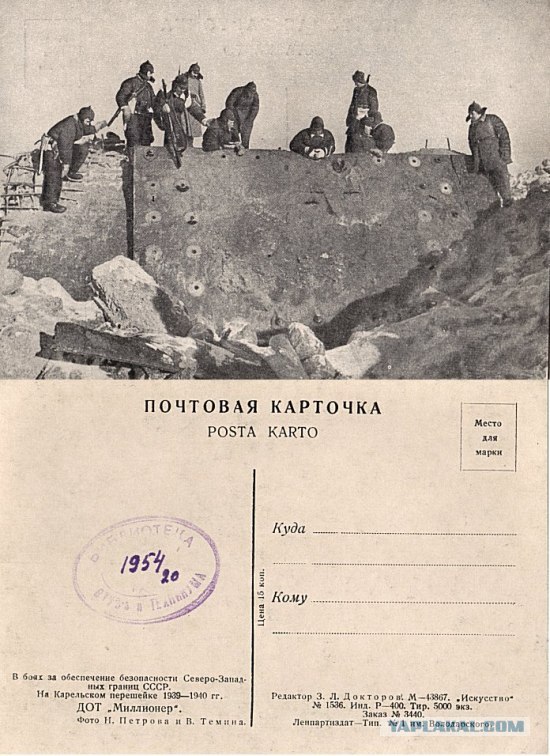 During this war the Russian army had 170 millions of people, the Finnish had only 4,5. 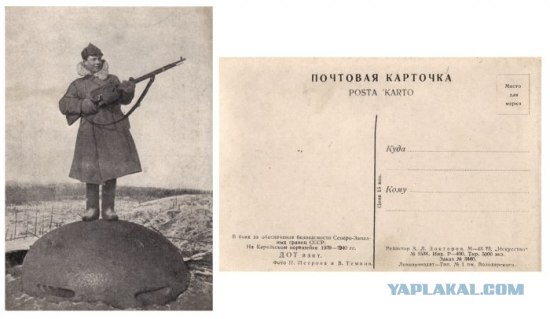 Many of Russian prisoners still live in Finland and tell great stories about the war to their children and grandchildren. 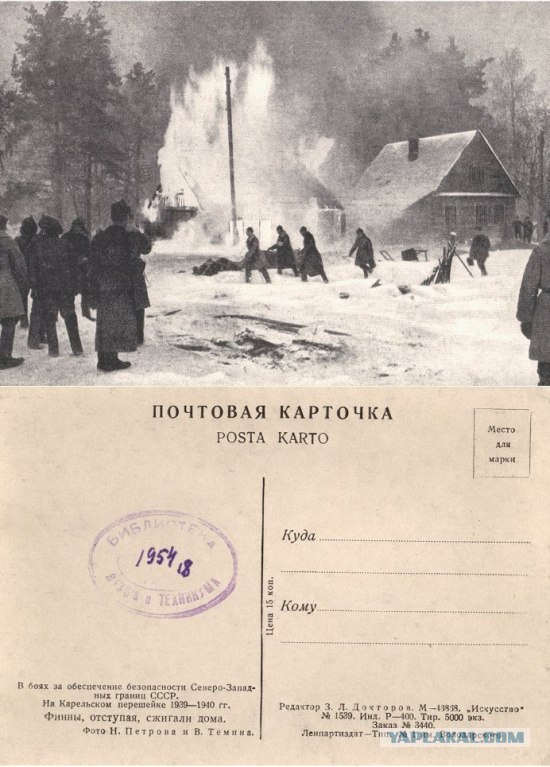 The war ended with the signing of the Moscow treaty by which Finland ceded a portion of Karelia, a part of the region of Salla, the Kalastajansaarento peninsula in the Barents Sea, and four islands in the Gulf of Finland. But the region of Petsamo, captured by the Red Army during the war, was given back to Finland. 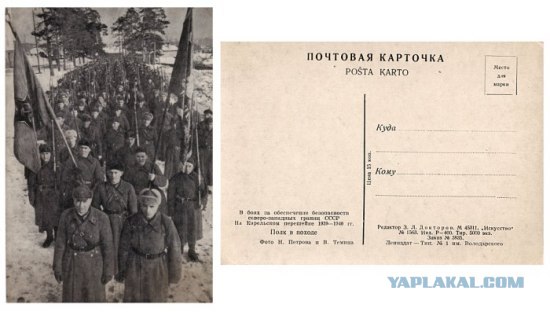 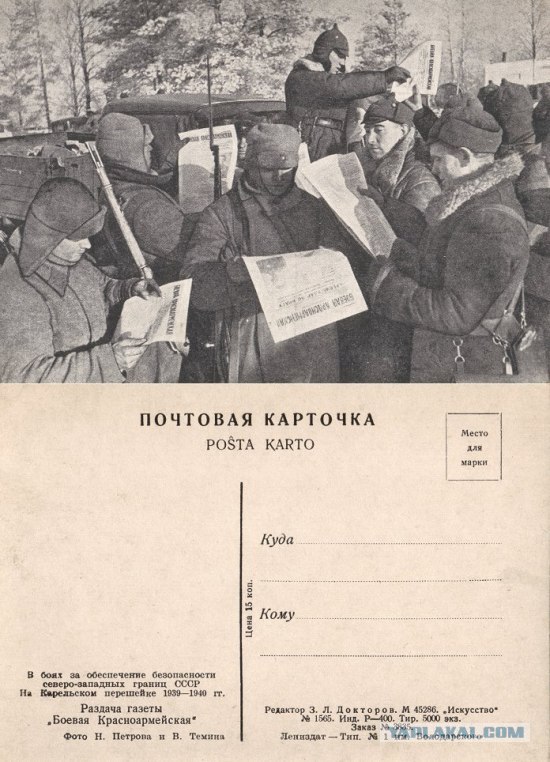 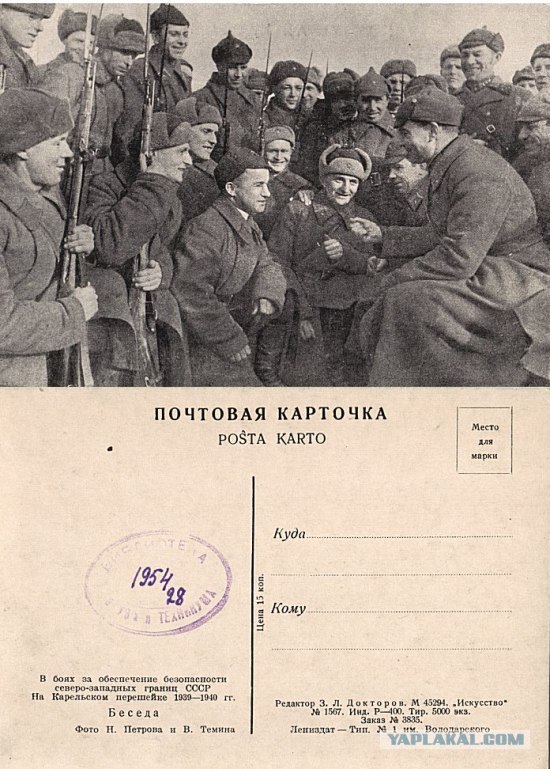 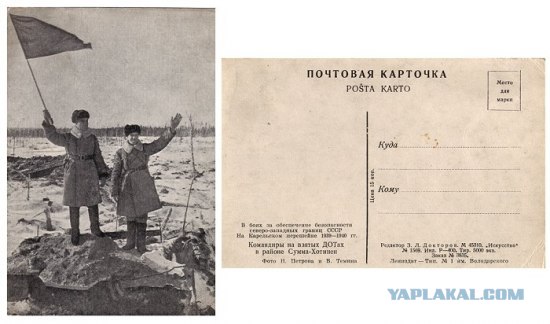 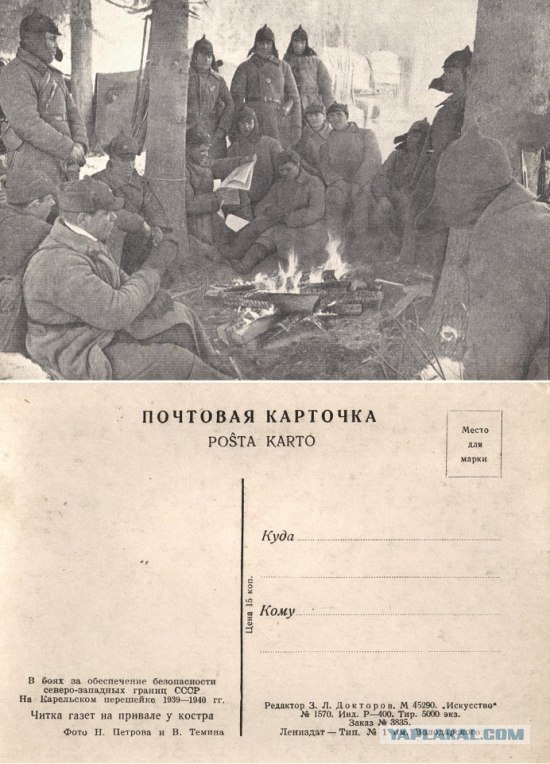 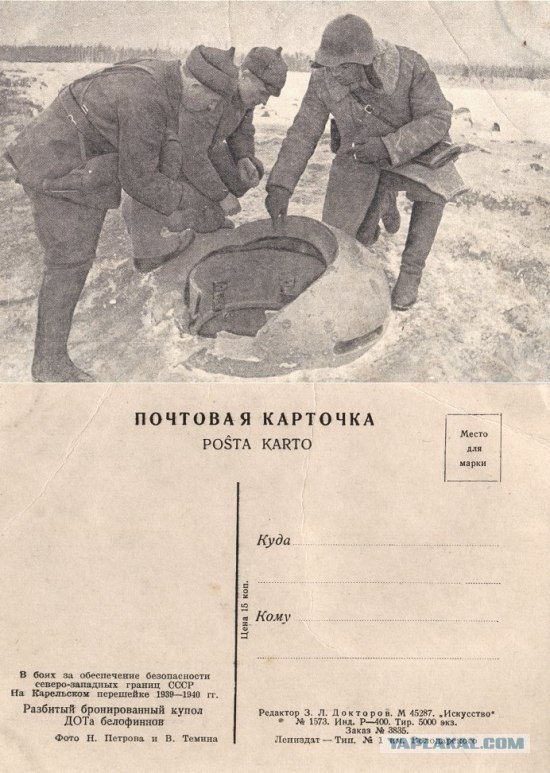 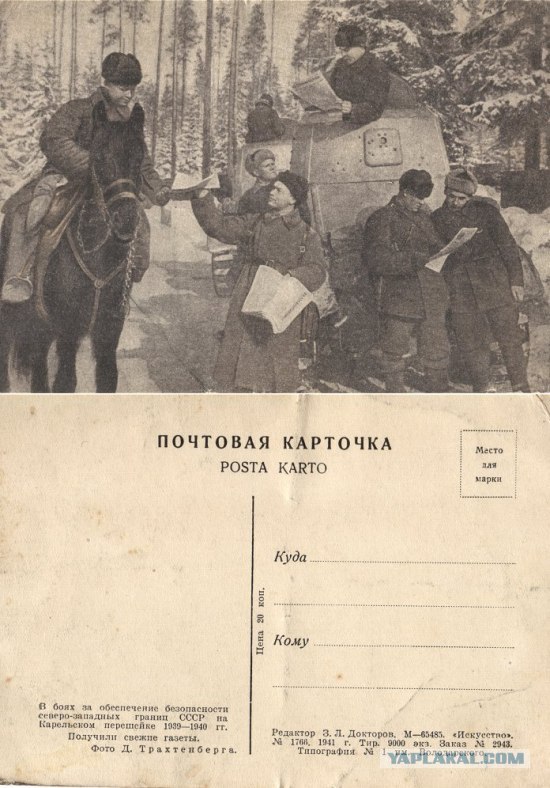 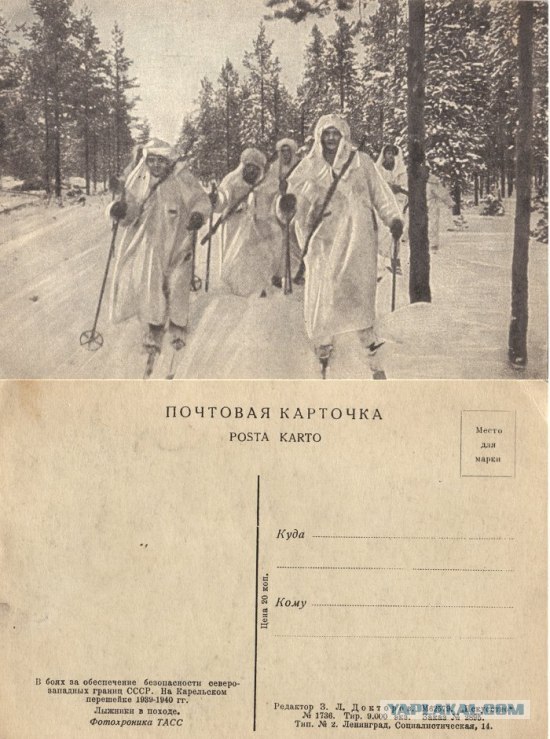 29 thoughts on “Soviet Postcards From The Soviet-Finnish War”