General Electric Transportation (GETS) is one of the world’s leading manufacturers of railway equipment. In 2009 it opened a locomotive factory in Astana, Kazakhstan. It specializes on production of haul freight locomotives of an “Evolution” series and makes 100 of them a year…

Now let’s watch the very process of their production. Cutting metal according to a given program. All production is concentrated in a large shop. Don’t look at this beam with unprotected eyes otherwise you won’t be able to see for some time after it. Preparation of the elements of a body. 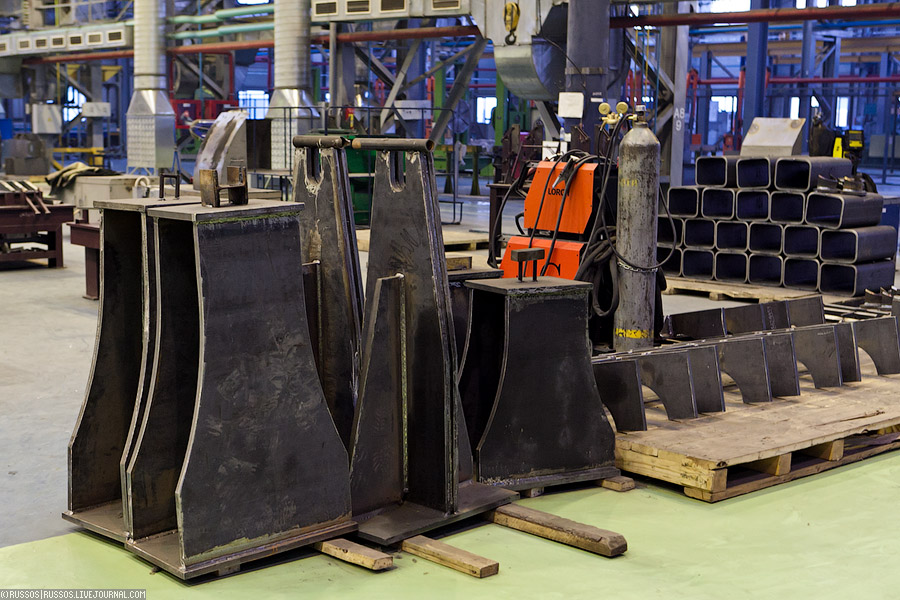 The details of a frame. Welding of the frame on the stocks. A ready-made truck which is provided by GETS. 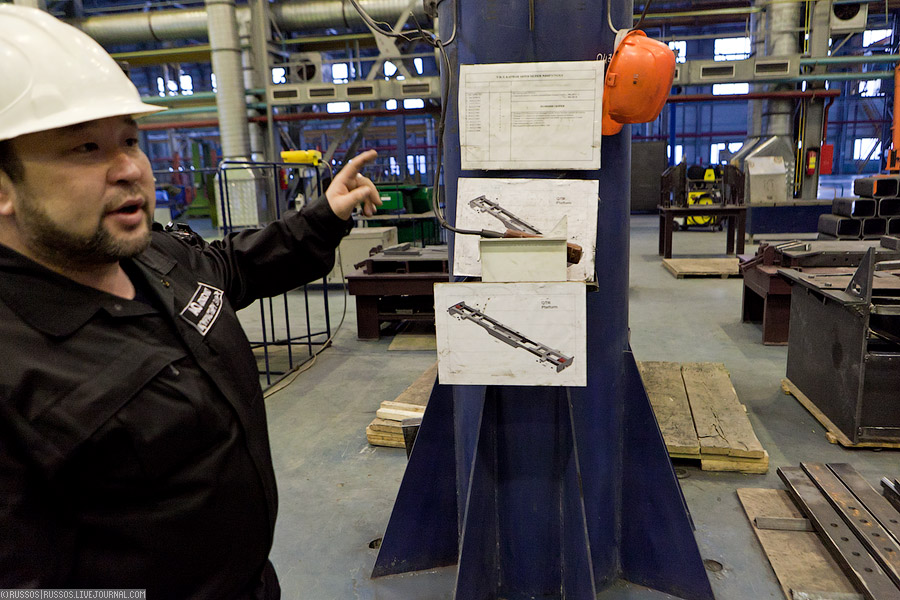 Final assembly of the frame on the stocks. A cabin has a plastic “peel” over a metal base. Some of these locomotives will be used on internal roads, some of them will be exported. 13 thoughts on “Evolutional Production of Locomotives”