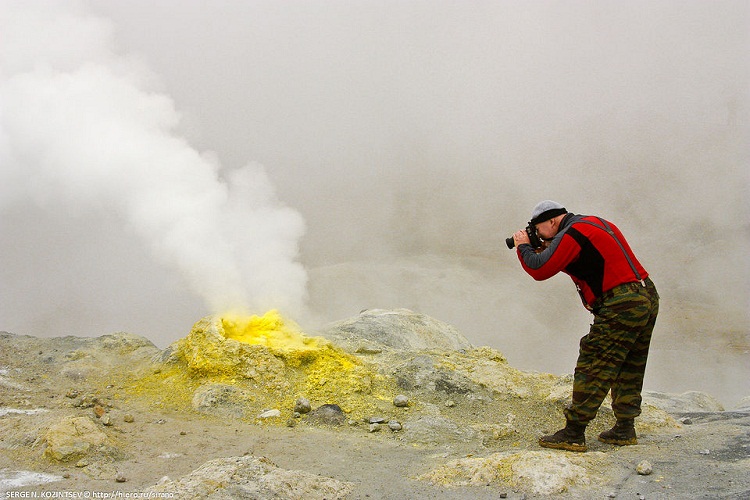 Fumaroles are cracks and holes in craters and slopes of a vulcano from which vulcanic gases come out. To have a look at fumarole glade of Mutnovsky volcano in Kamchatka one has to climb its extreme steep slopes. 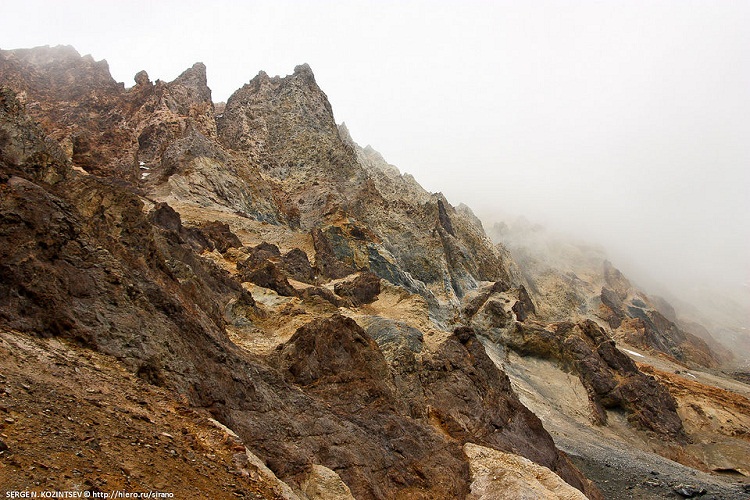 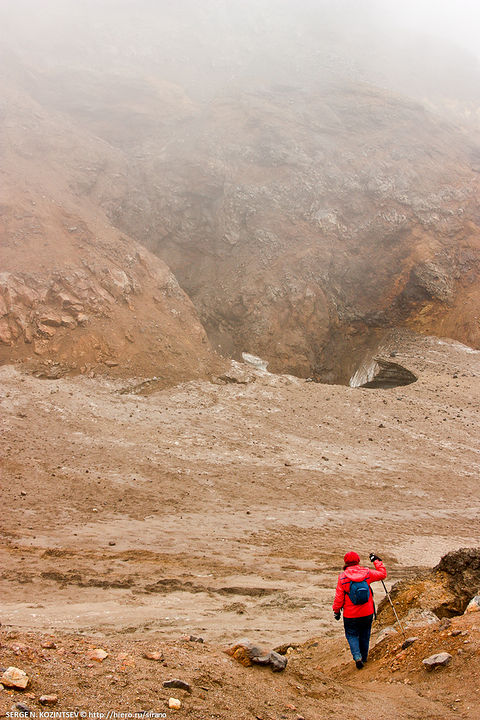 Because of the high sulphur concentration all the hills have a tint of yellow and red. 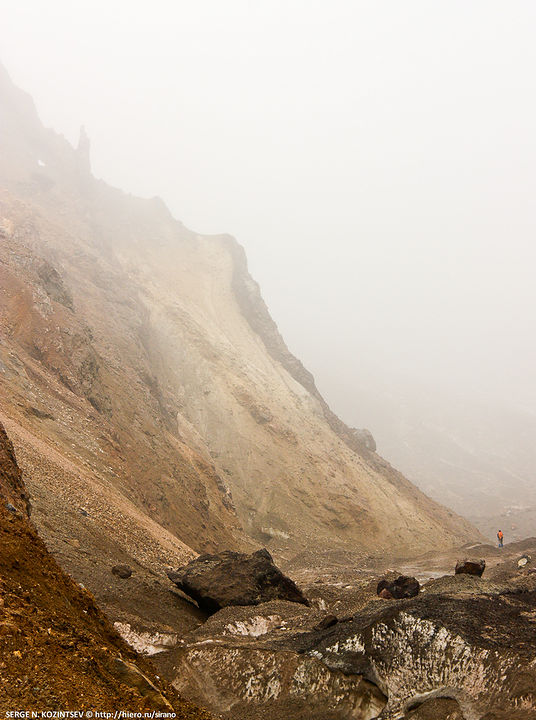 The wind drives volcanic gases down the gorge and creates such fog. 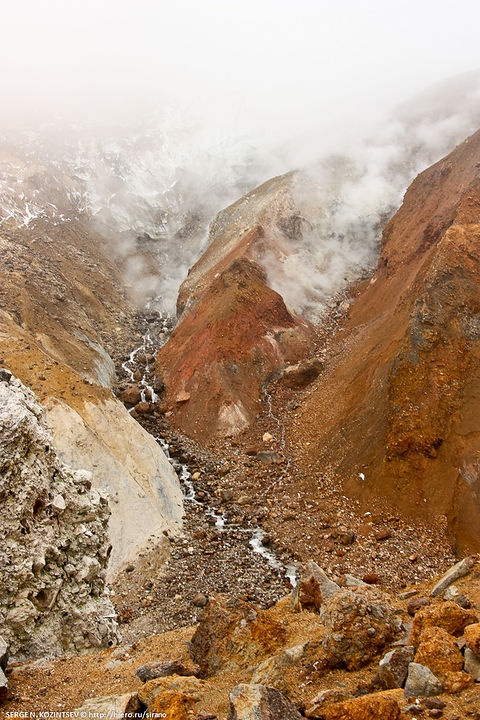 From far away the source of smoke can be seen. Volcanic gases rise above the streams flowing from the icicle. 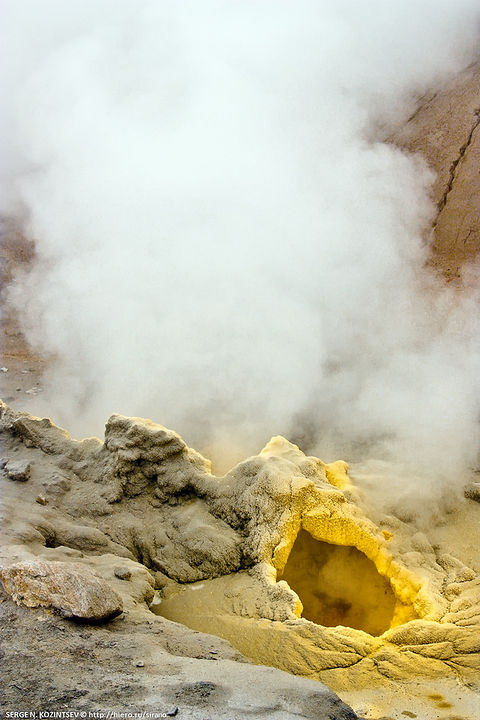 The last climb and here it is – fumarole glade.

One can even come up to these wonderful creations. But don’t come too close as the gases carry high concentration of sulphur. 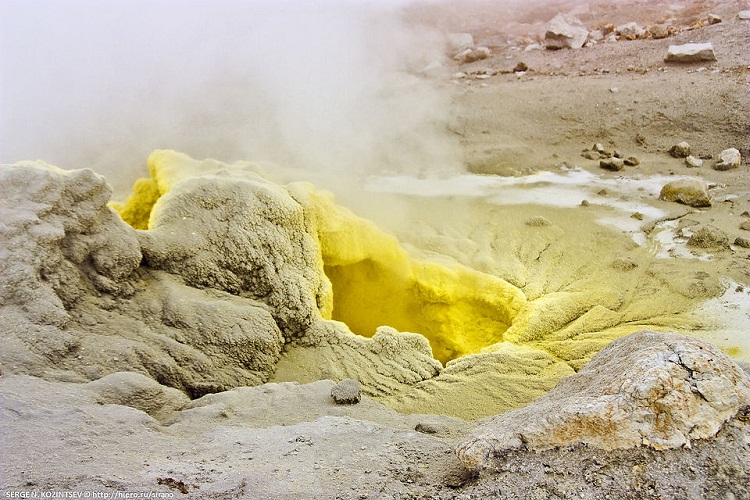 Sulphur gets accumulated on the crack sides creating such exotic incrustations. 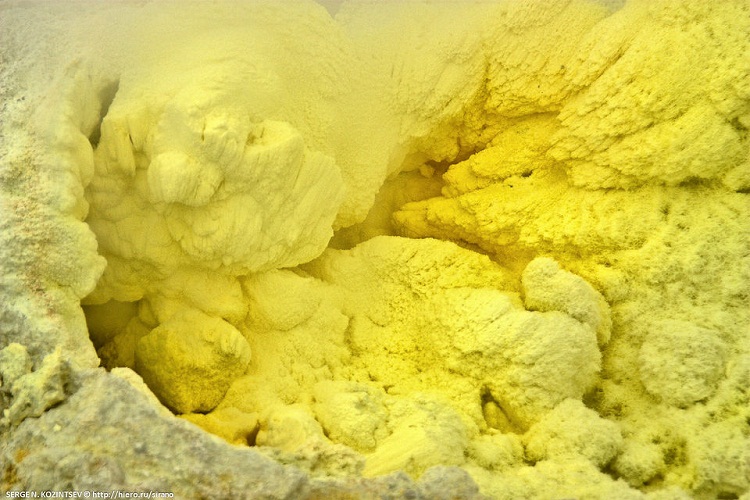 As a result the channel gets covered with sulphur cover leaving only small cracks through which the gases can show get out. 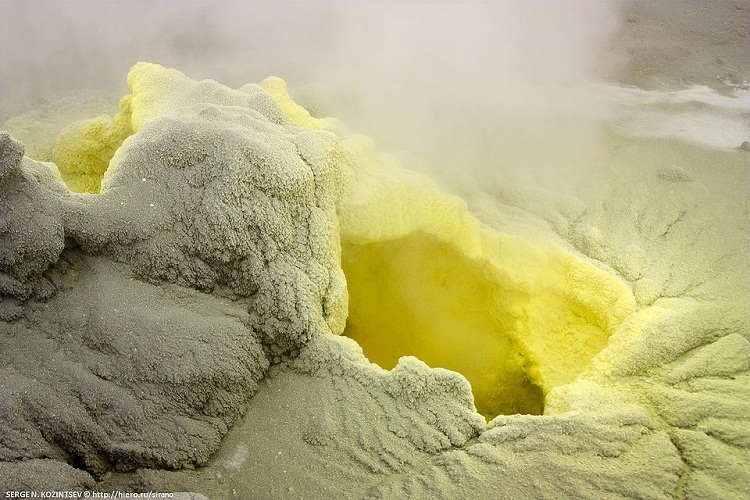 But brimstone is not a solid material, if one steps on it, one risks to fall inside a fumarole. The depth of such holes can reach several hundreds of meters and the temperature inside is about 300 degrees. That’s why one has to be careful. Gases can come out not only through cracks but also through the ground. Then such lawns are formed. Under some conditions sulphur chrystalizes in such patterns. Even usual dirt chrystalizes according to such strange structure. Or boils in mud cauldrons. 2 thoughts on “Exploring Fumaroles In Kamchatka”