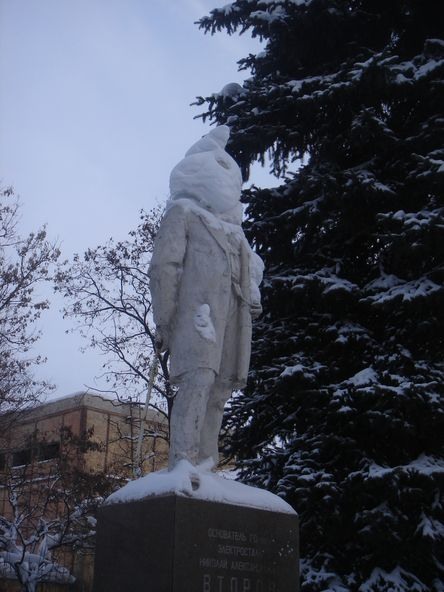 What does snow do to Russian monuments? Why chicken get buried alive? What is Lenin’s eye made of? Find out all the answers after the jump.

The snow made this monument try a Ku Klux Klan hat. 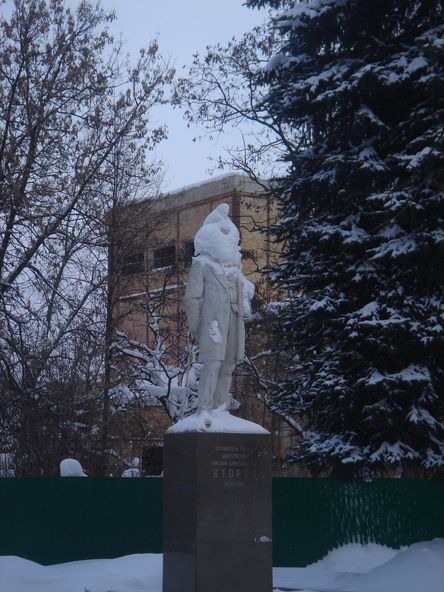 “Krasnodar magazine” decided that no one is able to found “Chacago magazine” in the Interenet and compare these two editions. 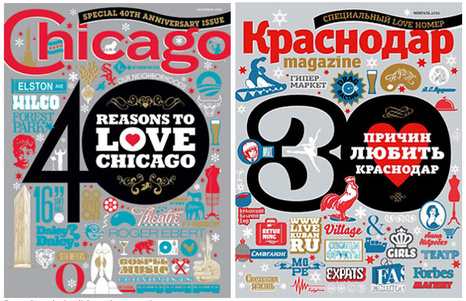 A small Russian village had a large monument to Lenin, but without eyes. A kind man decided to change such a disgrace – he draw an eye on a bedsheet and hung on the monument. Now Lenin can see. One day a poultry farm had to stop working as there was no feeder for the chicken to eat. Have a look what was decided to do with the birds. 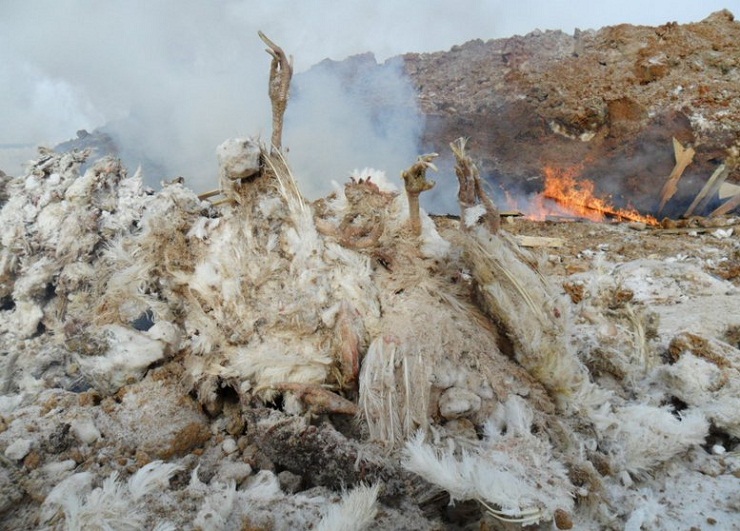 They were packed alive into black packets and then buried in a nearby forest. 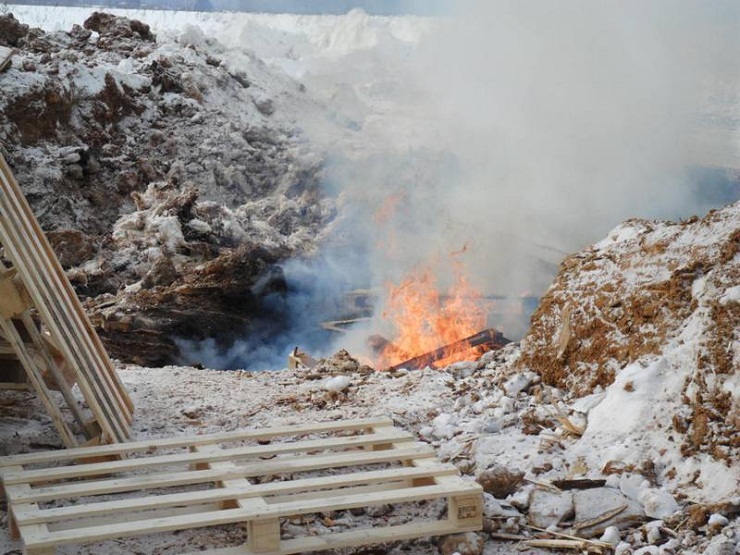 This billboard was created by a company which produces shaving items. They decided to show a man what is he going to look like unshaved installing an enormous beard on the billboard. 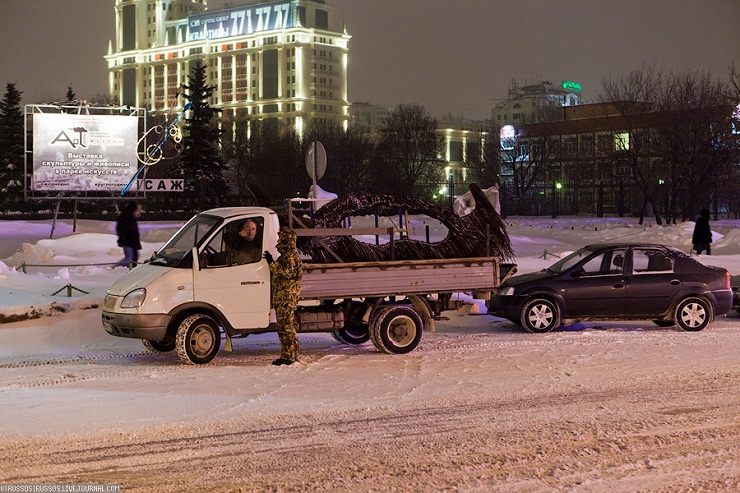 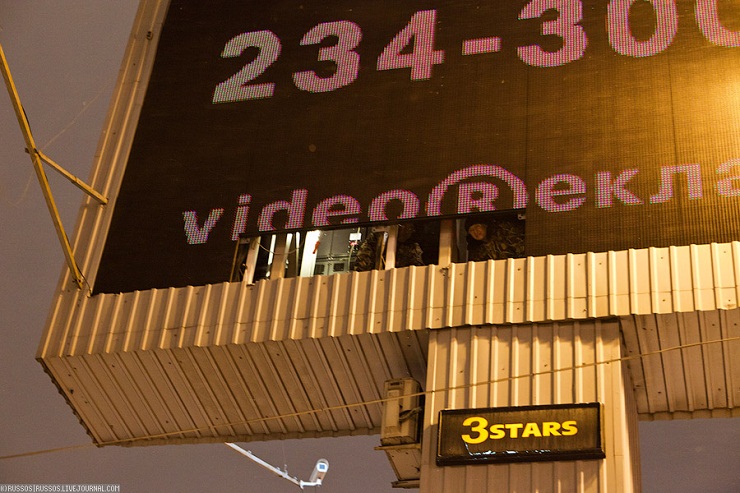 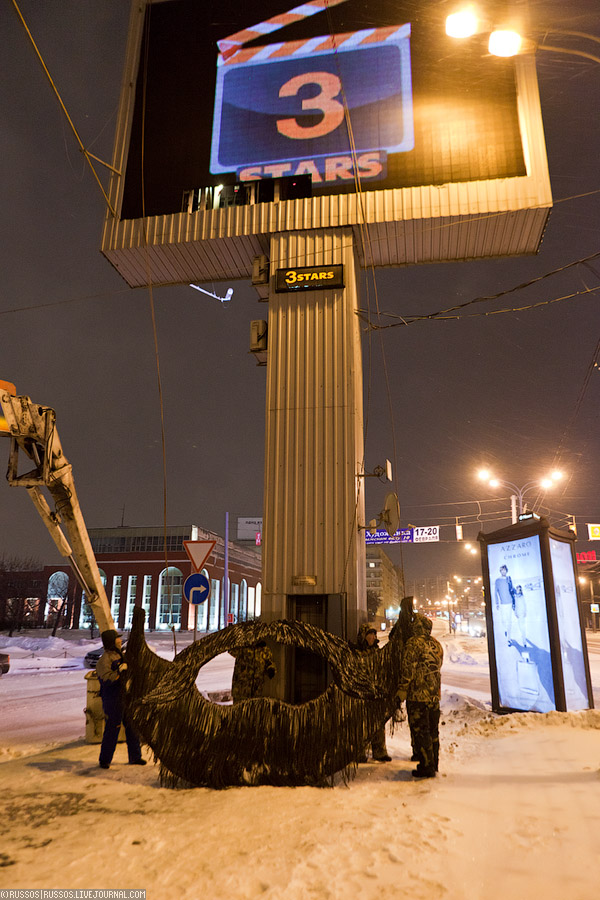 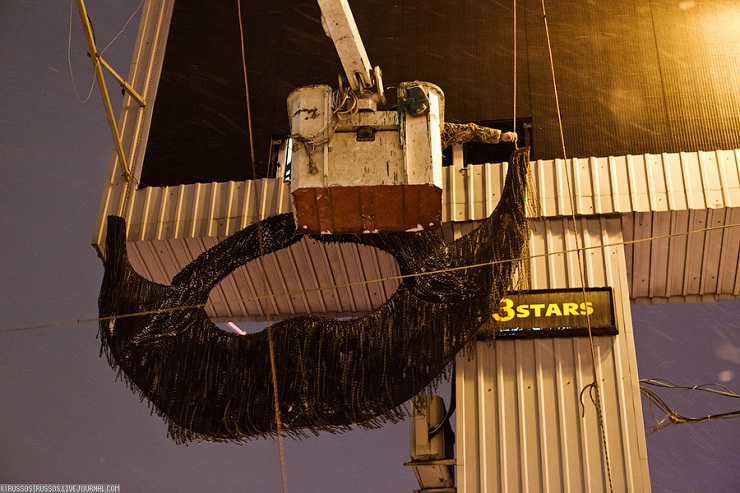 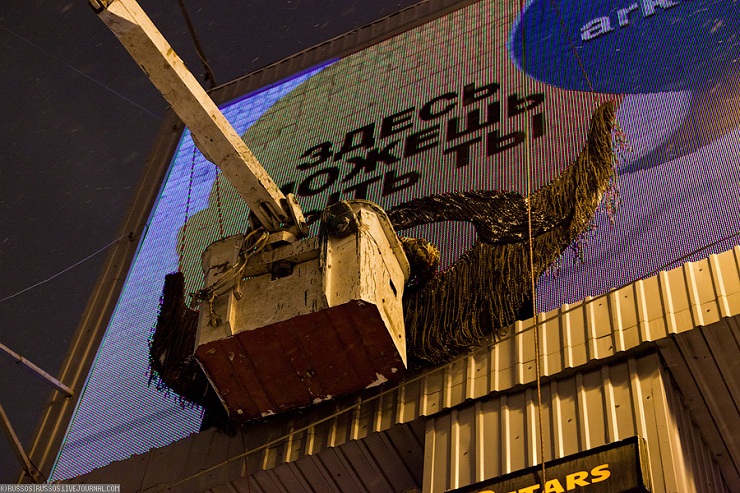 “You can be here”