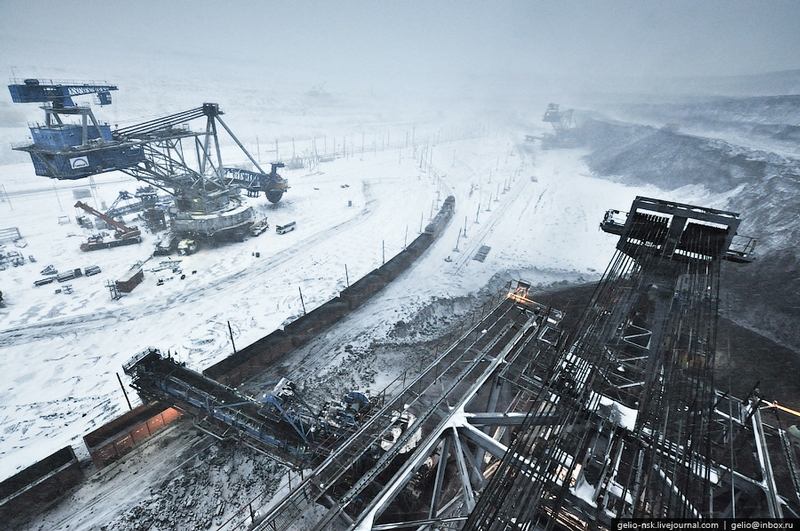 A strip coal mine “Bogatyr” had been built by 1969 in Ekibastuz, Kazakhstan. In 1985 it reached its highest annual production level – 56.8 million tons of coal. The strip mine of such a high production capacity has been built for the first time in the world and, because of this factor, in 1985 it was put into the Guinness Book of World Records. A bucket wheel excavator which makes 4500 tons per hour. The height of the excavator is 45 m. A team of 27 miners serve this excavator. This machine brings an electric cable. Local coal is intended for being burnt at the thermal electric power stations of Kazakhstan and Russia. 11 thoughts on “Hellish Monster of Kazakhstan”