The building of the first objects of the Ekibastuz GRES -1 began in 1974. In 1984 it became one of the biggest thermal electric power stations in the USSR. And nowadays it is the world’s biggest power station working on the solid fuel. 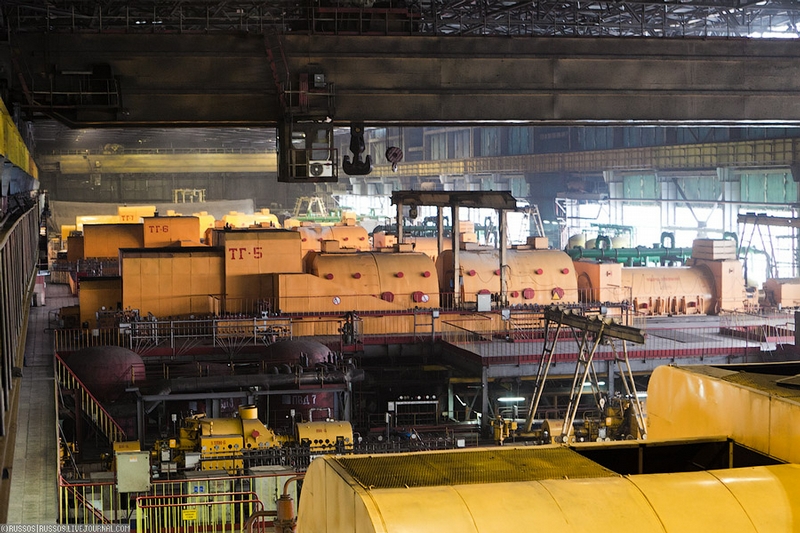 Old but still working shield. Soon it’ll be replaced by the new one. Today all the readout is provided by the computers but in those times kilometers of paper band were used for this purpose. A substation is on the territory of the GRES-1. Its main task is to distribute the electric power produced by the station. One of the old graphic panels. The first and second units aren’t in use now. After the breakdown of the USSR the energy consumption decreased but they are going to be activated again by 2017. Fire extinguisher systems all over the building. Kilometers of pipes and steam pipes. Those units that don’t work at the moment. In 2005 an automatic process control system was introduced here. The whole information about all the power units is on its monitors. New remote controls are much more informative, safe and comfortable to use. Steam boilers of 40 m height. An elevator near every boiler. The top of the boiler. Try to find a man in the corner of the workshop. Dozens of kilometers of pipes. Some equipment under the boiler. The flue of the 8th boiler. Soon electrofilters of the new generation will be installed here and that will greatly lower the pollutant emissions. 6 thoughts on “Energy Born In Kazakhstan”