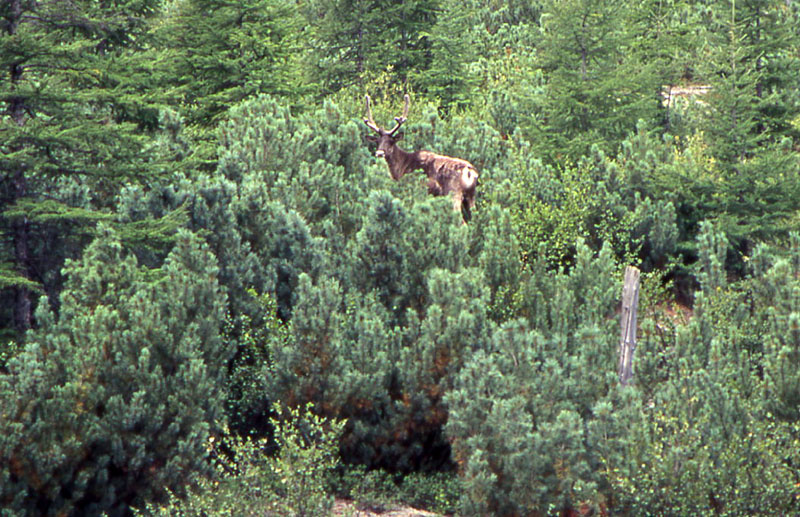 Very exciting and even dangerous trip along Kolyma. Wild nature and animals are the only residents of those places.

The trip begins in Magadan. Very soon an asphalted road will end. Stop for a night at a former Myakit village. Today its only resident, an old man, rents this place to exhausted drivers in exchange for “liquid currency”. There are also 2 houses of other former residents who still come here sometimes (usually in summer) to pick up mushrooms and berries. When the old man is drunk he gets angry and threatens to shoot everybody down. He does have a gun. So the neighbors usually padlock him in his house. Repairing one of the truck details. The residents tell there lives a bear near the village. His traces are often found but nobody has ever seen it yet. A Cold village. Spending night in the tent. Two guys from the Moscow Region also travelling along these places. The next stop is a former Kadykchan village. This is where the other world begins where you can hardly find a single car. Only nature and solitude. 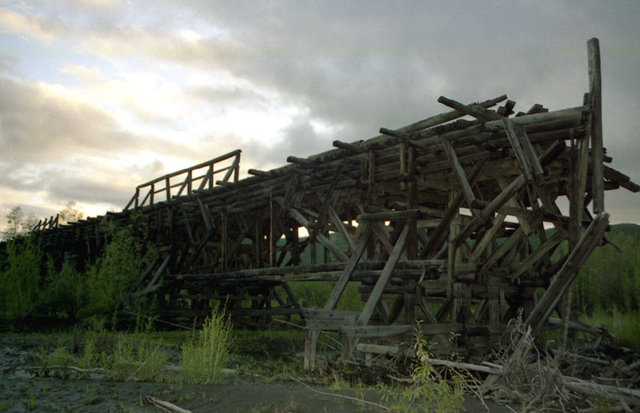 Wading across the river, pulling up a tent and making a fire. Suddenly roaring motors sounded in the distance. Two trucks were carrying wagons to a new mine. Some time later – the other guests. These guys are goldminers. They decide to stay for a night. After having a good sleep they try to cross the river but fail and fill the engine with water. Team of their co-workers save a drowned truck, go away and promise to come back in several days. Hard to believe they’ll manage to repair the truck. One of the drivers tells he saw UFO and draws on the wet sand with the help of the stick how it all was happening. He warns there are a lot of bears here. But who you really should be afraid of is people on the road. Several hours later the trip continues. 4 km to the Adygalah village. A bathhouse and delicious supper – what can be better after a long road trip? The next day another place will be chosen for the stop. That one where nobody will be able to break the silence anymore. 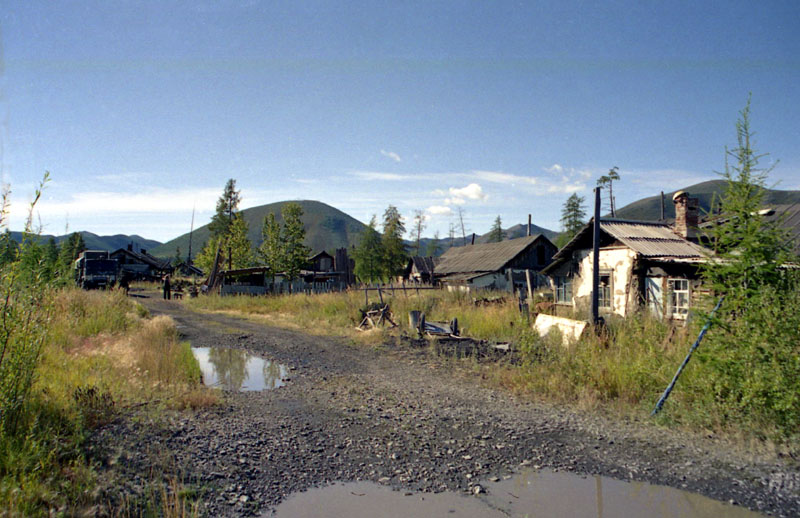 Reaching a broken bridge across the river and choosing an appropriate place for the tent. Water is near, firewood is in quantity, everything’s fine. It was quite dangerous to choose the place near the river because bears like to walk along its banks. The only hope was that they were more interested in eating currants and blueberries than fish at this time of the year.

At first it seemed there was no any fish in the river. But it was a wrong impression. The fish was biting so fast it was impossible to react on time. It was very exciting and here is the catch. At night there is a light of the headlamps. The drivers of the car are going to Magadan. They tell they saw a bear while driving, not far from this place. Not very good news but there is nothing to do except taking a sharp knife into the hand and going to sleep. Good night, dear bears. We’re not afraid of you.