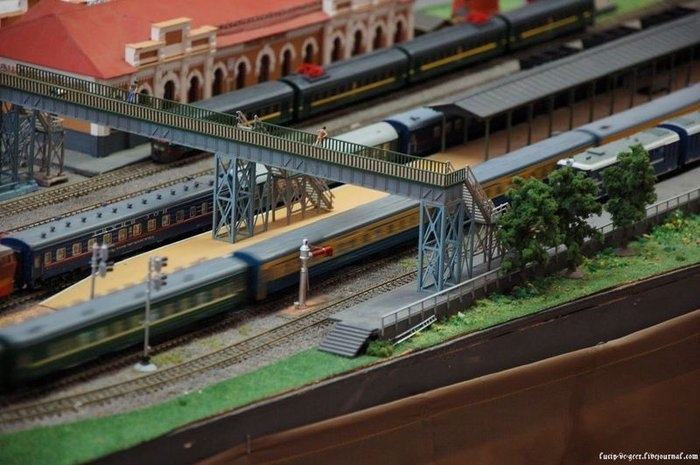 Another forum on railway modeling took place in Ramenskoye, near Moscow. Take a look at the laboriously created models of trains, railways and many other curious things.

A great deal of the exposition is devoted to the Kazan Railway. And this is the Ramenskoye Railway Station that doesn’t exist anymore. A moving locomotive, launched to check the railways. A panorama: 3 trains on the run. The Russian flag lost somewhere in The Black Sea region. They say there is a nudist beach near the station… A train crossing the bridge on high speed. The little boy is impressed as the trains are really fast. Some information on figures of those times If you are attentive enough you will notice a policeman queuing for beer. And a little of Gzhel