Bright halls, glass sarcophagi, people in silver coveralls… This is the way most of us imagine the first cryo-company in Europe. Now you have a chance to know how it looks in reality.

A small lot of the land somewhere near Moscow. $10.000 for the preservation of a head and $30.000 – for the whole body. The preservation itself costs rather little money, the main part of it simply goes for the repair jobs, buying special equipment and staff training. There are 2 possible ways of money direction: if there are no any clients anymore, the company follows one expenditure pattern; if the number of the clients increases, there is another one. The only way of payment is a fixed amount of money, because anytime the client’s relatives can say: “Sorry, but we refuse paying money anymore.” That’s why the company takes the whole sum at the very beginning and promises to be responsible for its client.

Most of the working staff already has the frozen relatives and they don’t worry, because they know the company will be able to easily cover all expenses during the next hundreds of years. 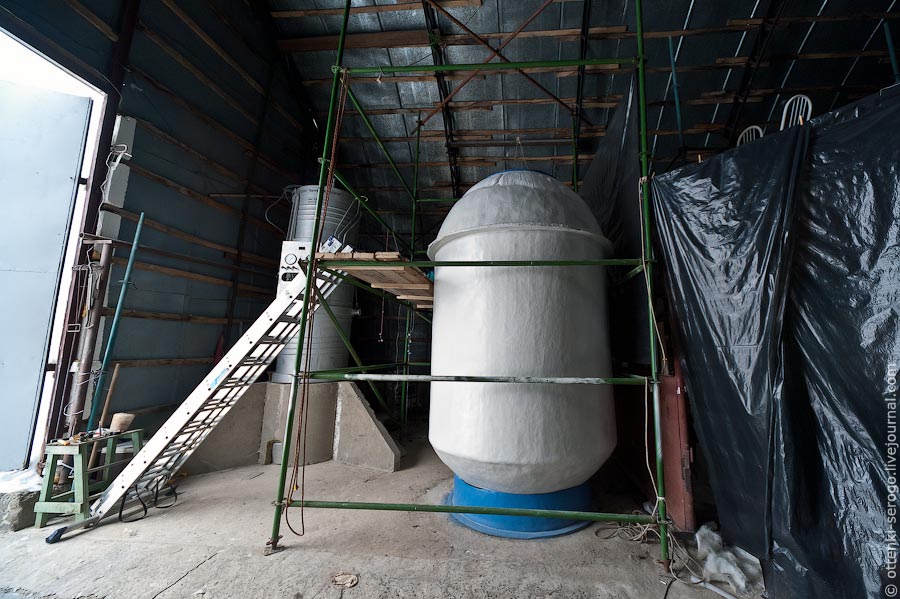 15 people have already been cryonized in Russia. Some of them are kept at their relatives’, but the company certainly helps them to organize the preservation. At the same time the company gives no guarantees at all. They admit anything can happen during this long period of time (fire, flood, war) and warn their clients at the very beginning. “If you want some guarantees invest $100.000 in our company and it’ll probably become a little more stable” says the director. It’s interesting that the company freezes corpses stating that modern technologies are able to revive any person even in 15 minutes after his death. As for the frozen brain which is responsible for the person’s personality, it will be able to be transplanted to another body or even to the robot body afterwards. This man will feel the same person as before but will be able to live absolutely long until the computer shuts down. Very often it’s the relatives who decide to cryonize the patient. But if the person doesn’t want to be frozen he or she can go to the notary and sign some relevant documents to protect him(her)self. So many years later it’ll probably be difficult to find the relatives so the person will decide by himself/herself where to go. The company will help to make a decision. The frozen people look exactly the same as the dead ones. Some (who had a terrible disease for example) are not very attractive, while others (who died at young age) look quite good. The bodies are kept inside the sleeping bags and the heads – inside the metal containers. The company is absolutely legal and if the police accidentally finds several frozen corpses inside the building they will have nothing to say. The neighbors usually know what is inside and ask no questions. Clients are not confused about the poor design as they know all breakthrough technologies are usually done in such conditions. Relatives rare visit the company: once or twice a year. If a person died at old age and the body isn’t perfect at all it’s not a problem. In the future you will need to take a pill and your body will become young again. If the head is frozen the body is usually cremated or buried. Though there are many supporters of this technology some people have a strong believe that death is good and don’t even think of being frozen.

15 thoughts on “They Know How To Live Forever!”