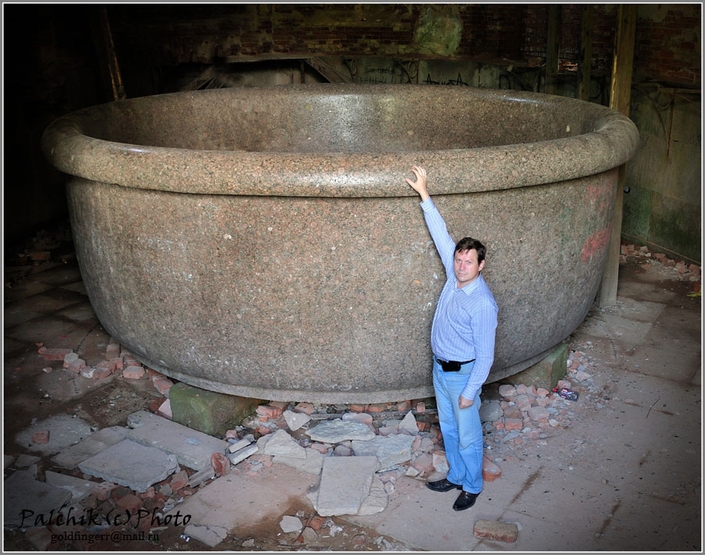 This gigantic granite tub is situated at one of the deserted palaces in Pushkin city (Tsarskoye Selo). Its size amazes and makes it possible to call it the king of all the tubs.

In 1783-1784  Catherine the Great built a wooden house for rest and bathing during the summer vacation in the Babolovo village and then organized a small English park around it. The water from the conduit, considered to be healing, was piped into this building and a marble tub was installed in the bathroom inside. Initially it wasn’t even meant to be lived in and all the rooms looked out on the garden.

And only afterwards this building was called the Babilovsky Palace for its rich inner decoration. Plan of the palace. In 1817 the garden was enlarged and planted with trees. In 1824 Alexander I, apparently being a lover of the cold water bathe, ordered to install the new tub instead of the old one. Said and done. A huge tub of 6 m in diameter and 48 tons of weight was made of a single piece of granite. It took 10 years to transform a 160 tons block of granite into an imperial tub. 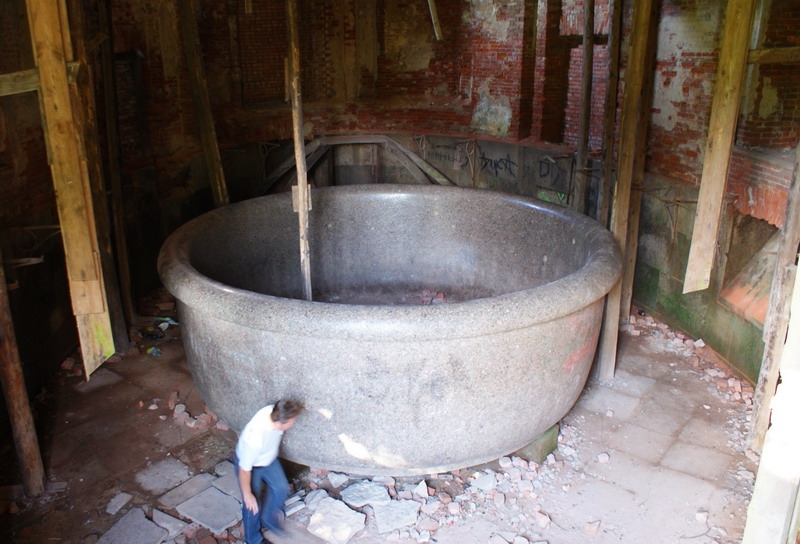 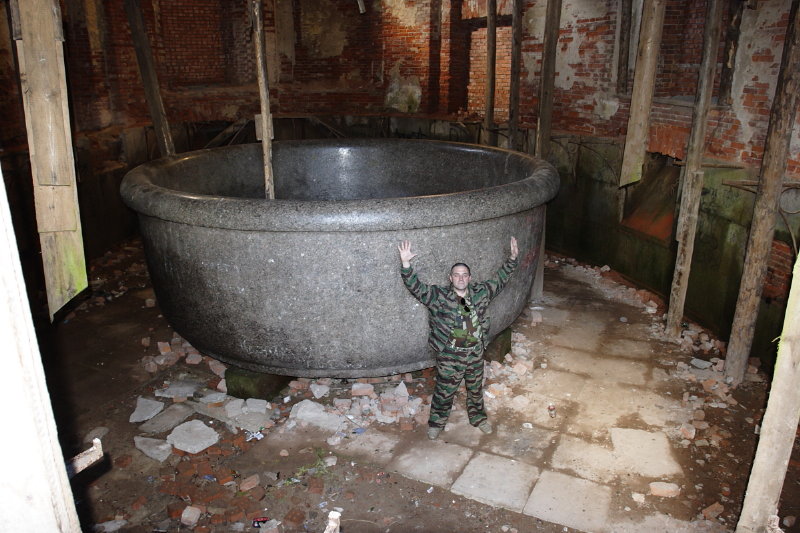 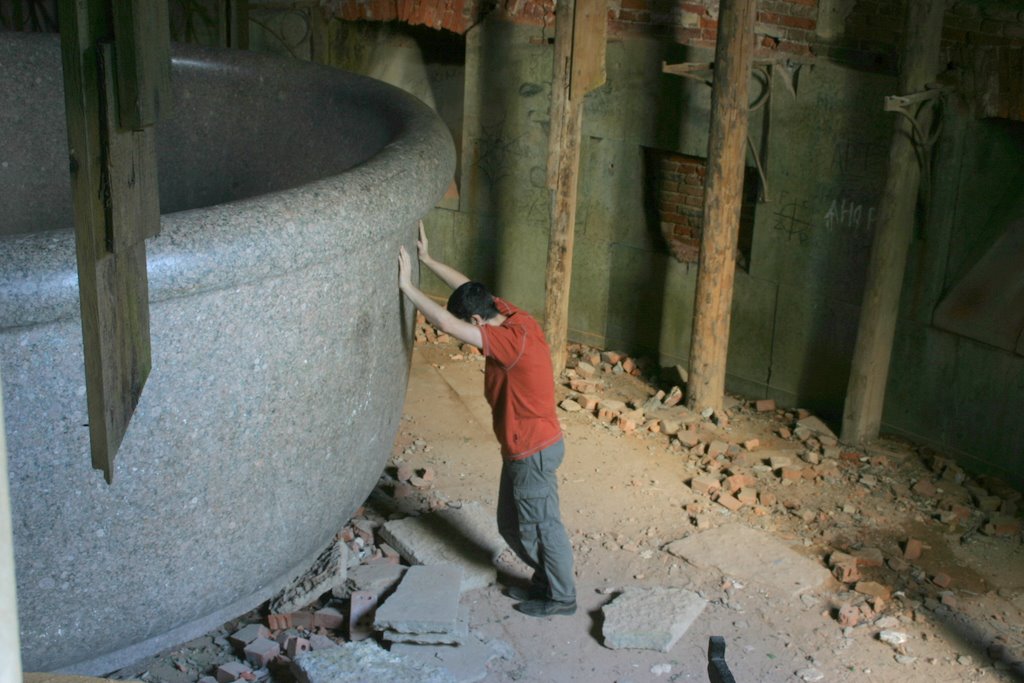 Since the time of Egyptians the mankind knows nothing made of granite to be more colossal than this tub. 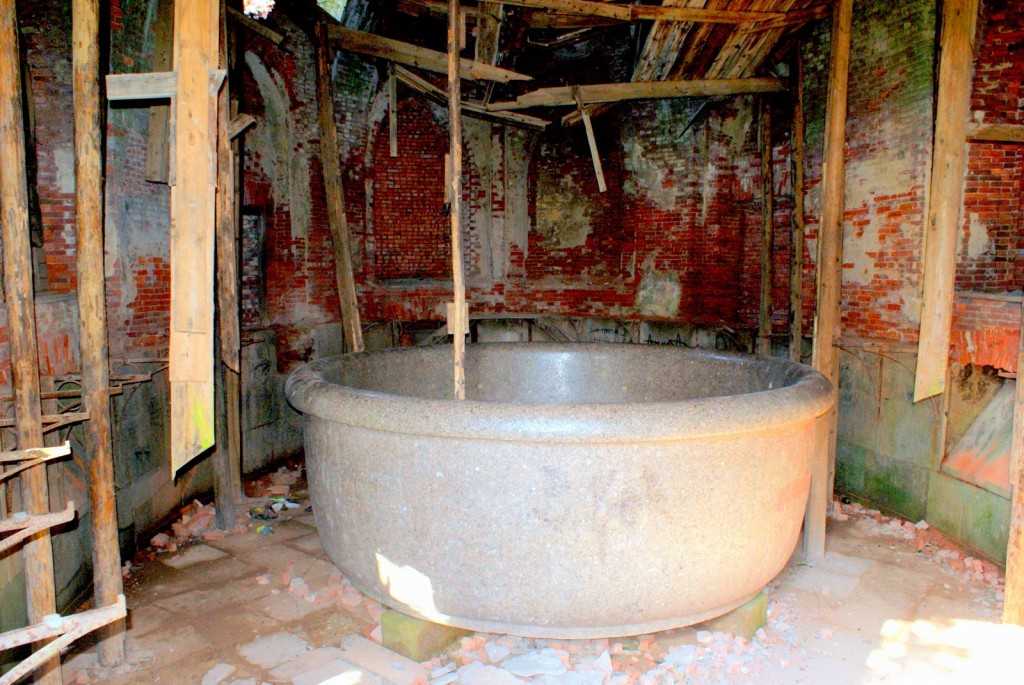 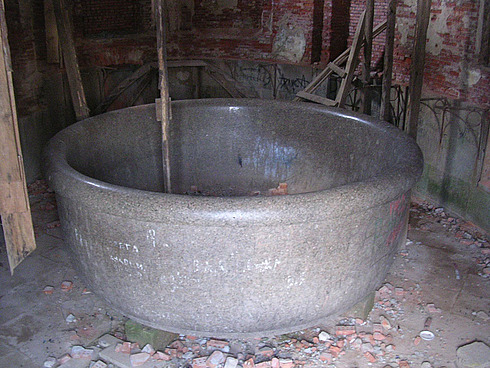 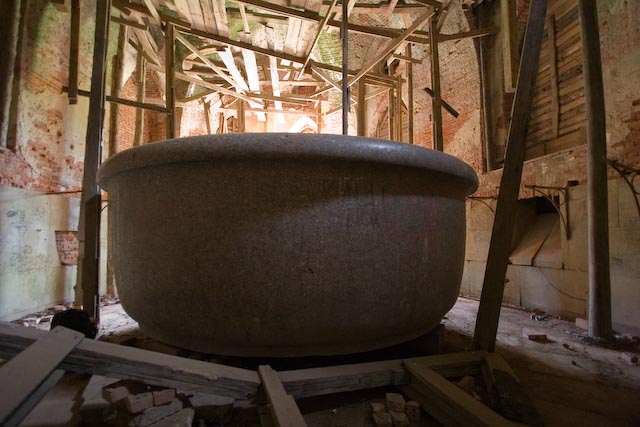 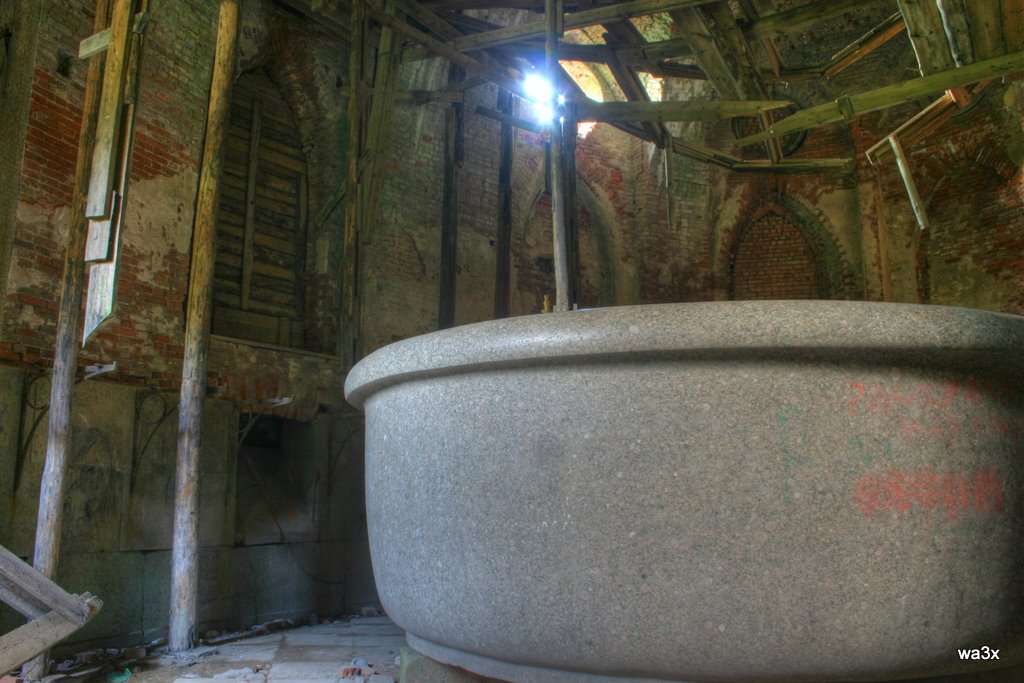 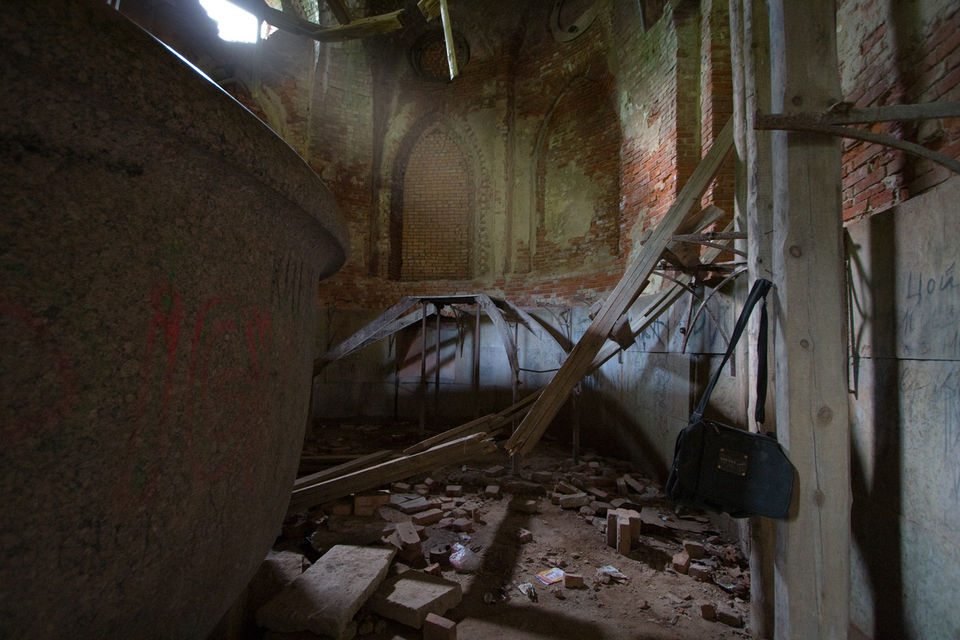 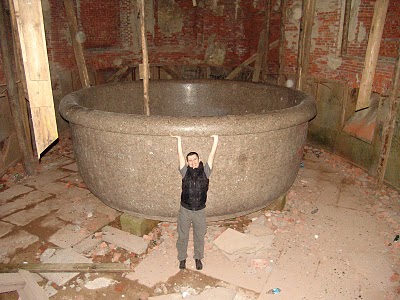 During the war the Babolovsky Palace was partially destroyed but the tub remained in a good condition. During the Second World War the Germans were going to take it to Germany but they didn’t manage to do it because no cables could hold its weight. 18 thoughts on “The King Of All Tubs”