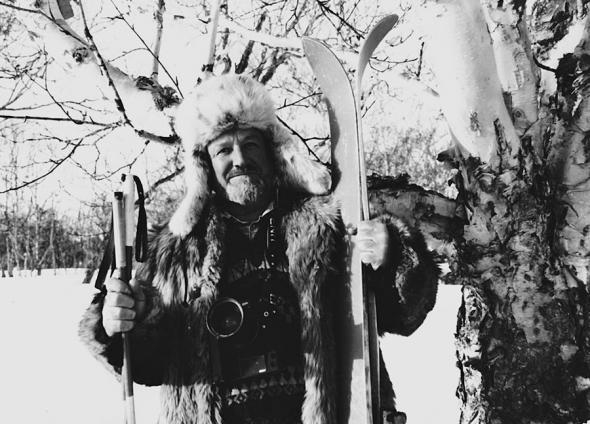 Vitaly Nikolaenko, a famous animal photographer, died 7 years ago. He spent 33 years traveling around the world and walked thousands of kilometers. His passion was brown bears. He met them 800 times and had 12 thousand shots of these animals.

He devoted his life to the brown bears. Unfortunately one of these animals took the Vitaly Nikolaenko’s life in 2003 He was a naughty child spending much time outdoors. He didn’t remember his father because he died during the war. At 14 years old Vitaly started reading classic literature and stopped being naughty. Later he joined the army and after that devoted himself to self-education. At the young age he changed a great variety of different jobs. But one day he saw an advertisement that said: Kamchatka Peninsula needs a fish processor. So in 1965 he found himself in the Lavrov Bay processing herrings. Some time later he dropped this job for another one – a tourism instructor. And this was the very beginning of his acquaintance with the Valley of Geysers and its residents – brown bears. Vitaly made tours and people always listened to him very attentively trying to catch every word he said. He was a great orator. He loved people and his job. And very soon he started to realize that tourism made the valley lots of harm. Geyserite was used for making souvenirs, trees were burnt down for making a fire, garbage was almost everywhere. In 1975  this tourist route was closed for improvement but money wasn’t assigned for these purposes. He was never apart from his camera But bears weren’t always the Vitaly’s target. At first he wasn’t interested in shooting bears at all. Everything’s changed when he saw a young light-brown bear who let him come so closely that his muzzle could barely fit in the picture. Since that time he madly fell in love with brown bears His name was familiar to the whole world. Films were shot about him He took a risk and came too closely to the predator A furious bear hit Vitaly with his paw and ran away The hit was mortal… The bear has never been found His pictures are really amazing He was a true professional at his job His friends remember him as an energetic, kind person with a great sense of humour 15 thoughts on “Man Who Spoke With Bears”