28 years ago in November 1981 the international scandal “with Soviet submarine” inflamed. Going already in surface position Submarine №137 was not marked by any Swedish radar.

On the night of 14/15, October, 1981, Soviet diesel submarine №137, was making a usual training voyage in the Baltic Sea. Owing to failure of navigating devices and errors in place definition, it ran off the course in low visibility and took the ground at a southeast extremity of Sweden… Besides, Swedes informed Americans that on the board of the submarine were tactical nuclear weapons, and it made the situation only more complicated.

In the morning of the 7th of November the submarine turned back to its base.

S-363 is Soviet average torpedo diesel engine-electric submarine. For the incident in territorial maritime belt of Sweden it received the ironic name «The Swedish Komsomol Member». 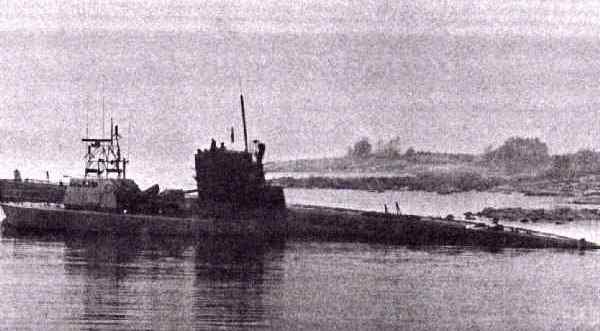 Only in the morning, about 10 a.m. a lonely fisherman saw the submarine. The picture shocked him, and he immediately jerked back. It seems that his message caused considerable shock, because in 40 minutes there was a military boat. It was a great political and economic fail. Fortunately the battle was avoided. Moscow and Stockholm agreed that the Swedes may interrogate officers of the submarine, but may not examine it. After that the submarine was taken away in neutral waters. Since then, people the the West ironically nicknamed S-363 “Whisky on the Rocks”. Here it is necessary to explain that Soviet classification «S» is related to NATO classification “WHISKEY”. So the casuistry appears: «Whisky on The Rocks» is also the name of a popular cocktail. In the morning of the 7th ofNovember the submarine turned back to its base.