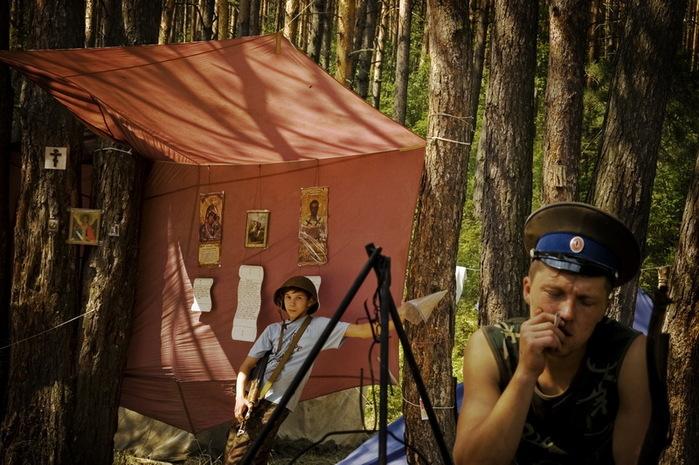 Education with the weapon. Many children living in provincial Russia if their family doesn’t give sufficient attention to their education, get under influence of street, alcohol and become inclined to criminal displays. The system which could help to develop to the child in the harmonious person, in provincial Russia is absent. The unique alternative is offered by the Russian Cossacks which suit clubs of patriotic education for children. Education in such clubs and camps is based on militaristic idea, military discipline, belief in God and in the companions. Of the child in the childhood try to make the future soldier who would be capable to solve questions of the life in the military ways, in arms. 15 thoughts on “Children And Weapons”