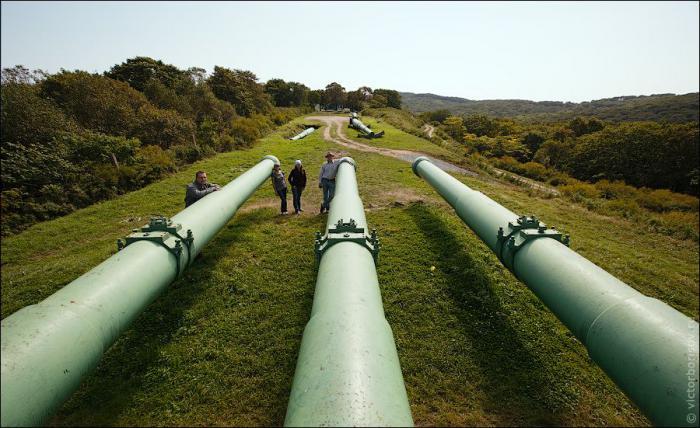 “Voroshilov battery” – one of the unique fortification structures of the world. It is situated on Russky Island in Vladivostok. There is a similar battery in Sevastopol. During the reformation of  the Armed Forces of the Russian Federation in 1997 the battery, as a military unit, was deactivated, and it became a main exhibit of the Military Historic Museum “Voroshilov Battery”.

The battery was made in 1931 for Vladivostok defence.

The weight of the movable part of each tower –  900 tons, the overall weight of the whole tower – 1200 tons. Thickness of the armour mounted on the towers – 300 mm. Concrete vault thickness – 3,5 m. It is adjusted for a direct hit of an air bomb weighing 1 ton. This artillery battery was the first and the last of such a big calibre made in the Soviet period. Its first shot is dated 1939, however all its shots were training ones. The battery is in excellent condition and may be used anytime. Shells of various calibres. It’s terrible to think of the hitting power it can produce…