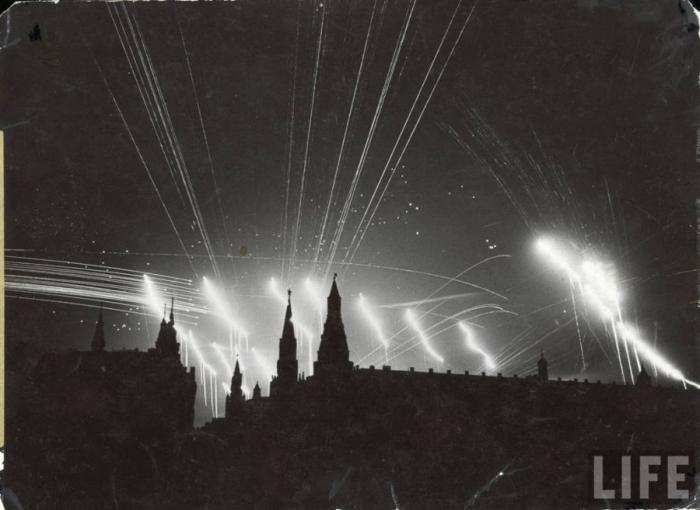 In July 1941 a press photographer of “Life” magazine, Margaret Bourke-White, came to Moscow. When the war started, photography was under the vigilant surveillance – for unathorized shooting or holding a camera people were put on trial. However Margaret managed to get a permission to take these shots as the Soviet authorities thought that they would show the USSR in the best advantage in the foreign magazine.

Margaret Bourke-White spent two months in Moscow and she was constantly accomponied, however it didn’t prevent her from taking truly unique photographs.