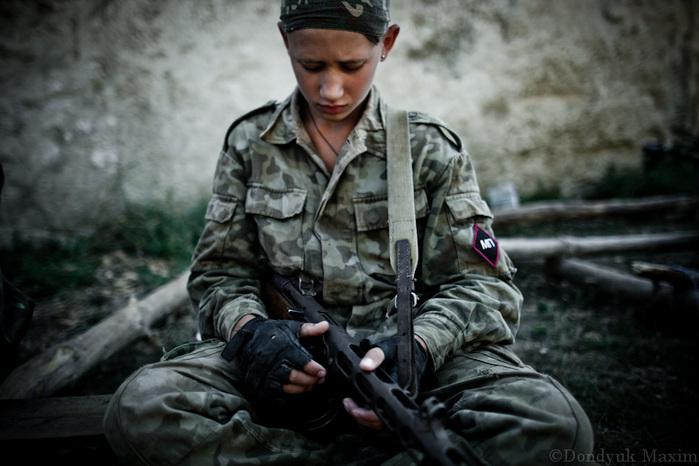 In the Eski-Kermen reserve, right under the Tatar sacred place, Russian Cossacks from Taganrog and Ukrainian Zaporozhye Cossacks set up a camp for preparation of  repelling an attack of Islamites.

To mark this occasion they placed a huge oak cross on the mountain. When Tatars saw it they sent inquiries to the police and the Security Service of Ukraine, expressed their indignation, demanded to remove the cross. The Security Service replied that sacred mark was technically impossible to remove. So it remained on its place – the cross of caliphate ideology. Seen at the entry to the Cossack camp – the warning sign: orthodox private household. Here the houses with straw roofs, pigs pasturing about, however not traditional Ukrainian ones but small Vietnamese – they are tastier and need less care.

A Cossack Sergey Yurchenko lives in Zaporozhye and occupies himself with orthodox defence from Mussulmans. Wearing an amphibious camouflage he has been teaching Cossacks since the Soviet time. Each two-weeks’ shift – 90 people are trained to fight against Islamites.

The main commander’s camp – young Cossacks, the Cossack direct-action detachment, airborne troops. If there’s a Wahhabite lair nearby, there must be an opposition too.

They have already defended many objects, such as a monument and a cathedral. They live in the Crimea like in the military smoke. 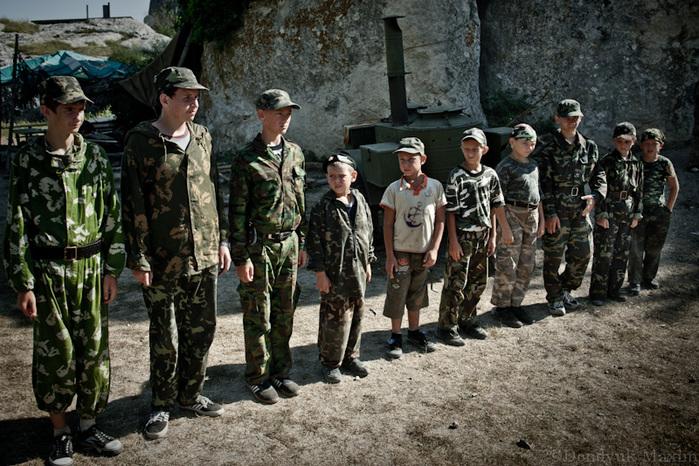 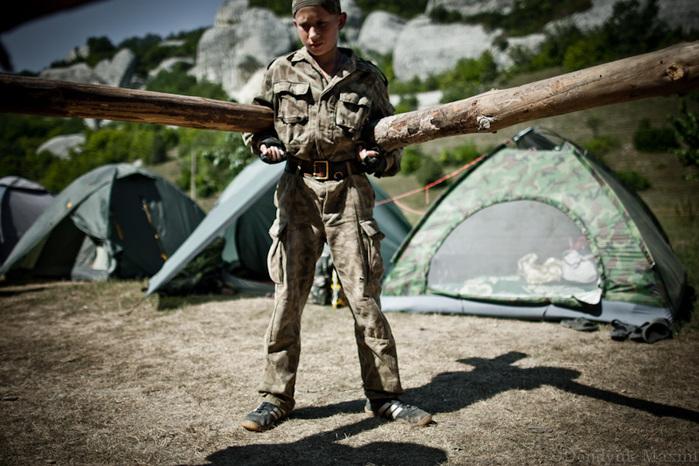 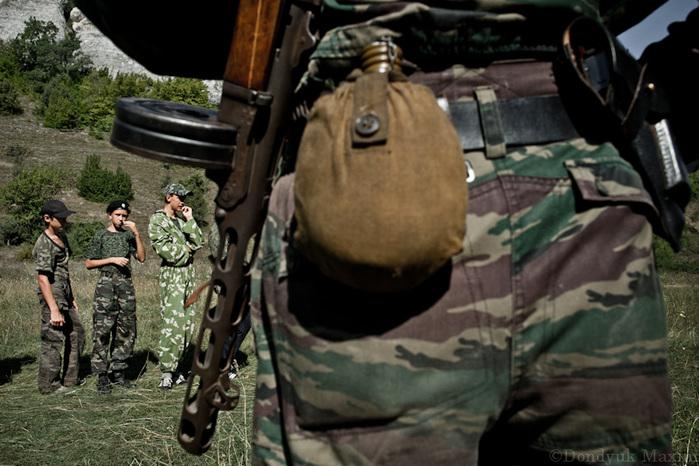 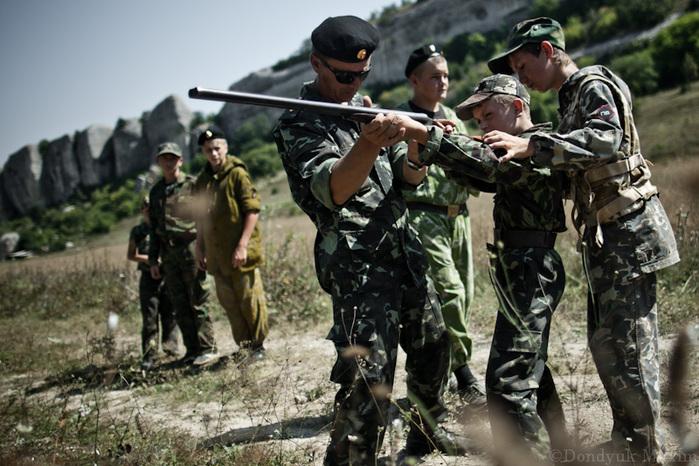 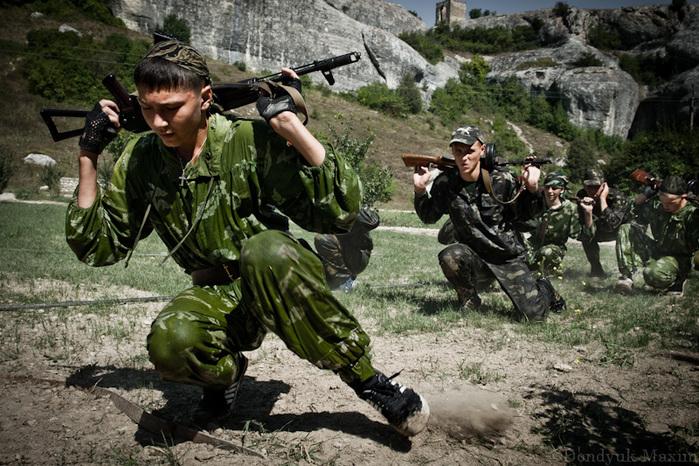 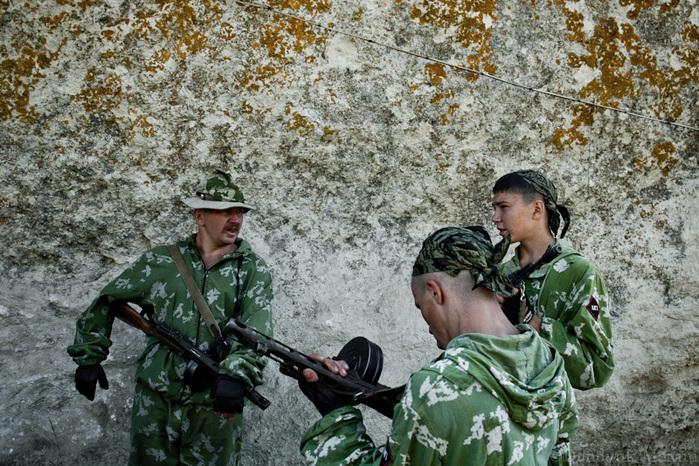 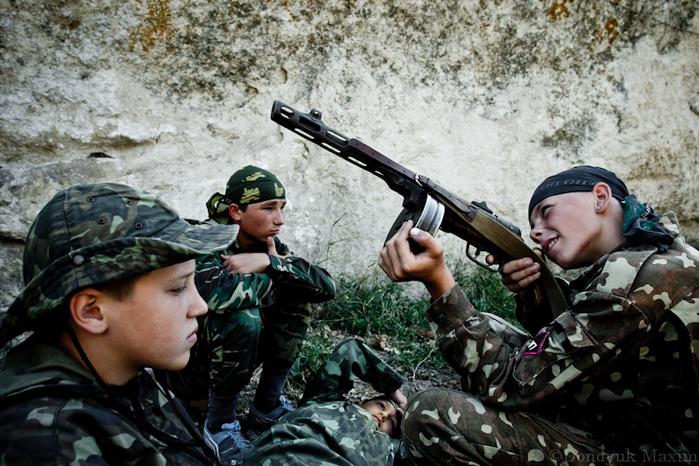 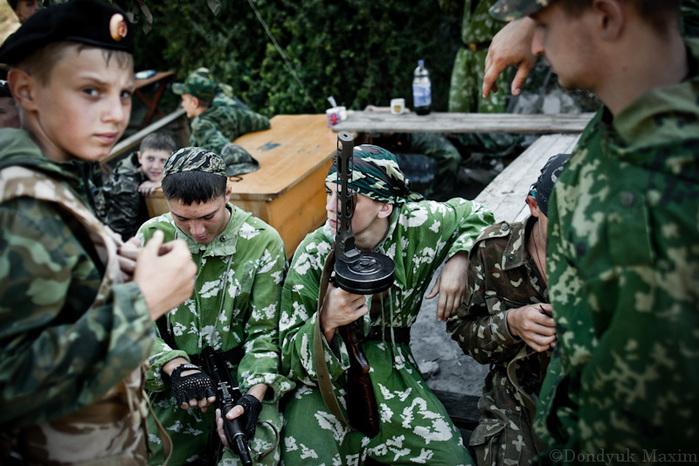 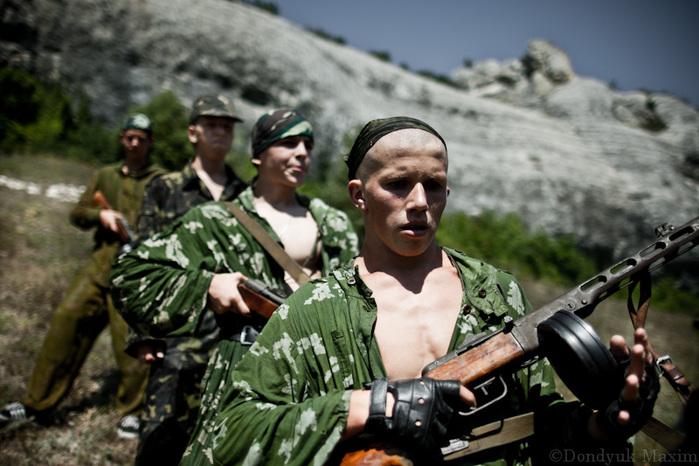