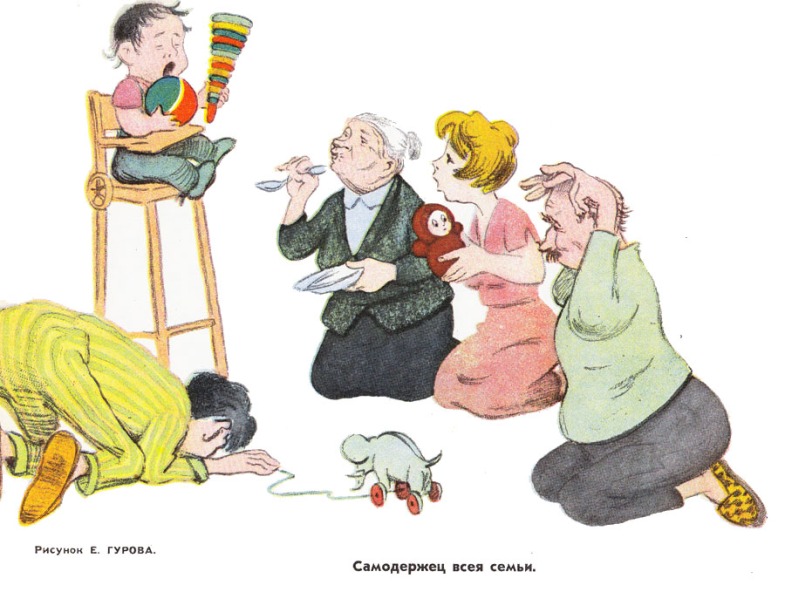 Here are some awesome illustrations from the Soviet books and papers. – What a caring mom Lyusya has!

– You bet! Lyusya has been teaching her this since childhood! The main thing is to keep him from bad influence! Dance of the little swans – Don’t be afraid of my parents, we’ll smoke them out! – Let’s repeat the statement of the problem: from A and B cities two trains started in the opposite direction… – We won’t take him to the circus anymore! – We’ve made a big mistake when took him to the puppet theatre! – “The Year of the Dog?” So what? You could give me a motorbike instead of a puppy! – My son, Vovochka, learns to play the guitar, so we had to take all the furniture away! Lately he’s got out of hand! – Ours isn’t worse than others! – Don’t we pamper him too much?