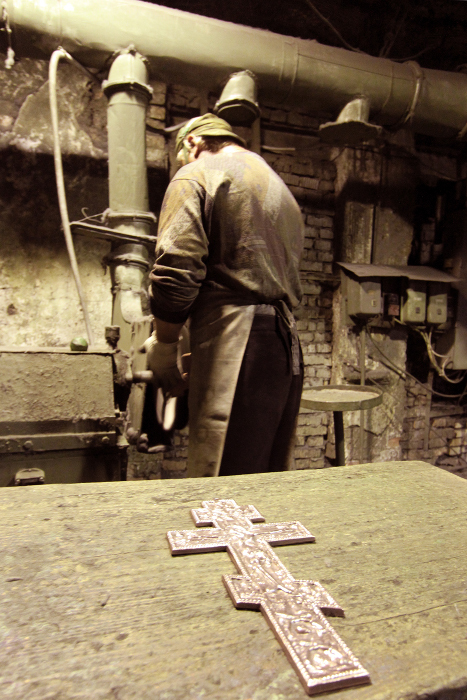 Today more than 65 people work in the enterprise.
For the most part these people are not young. 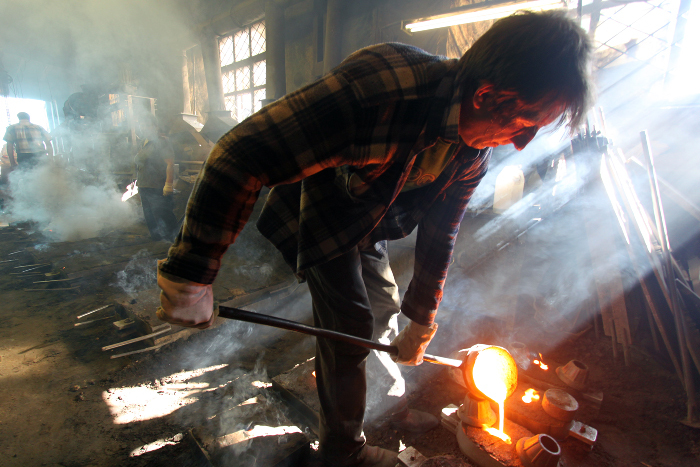 Model making is an initial part of production. 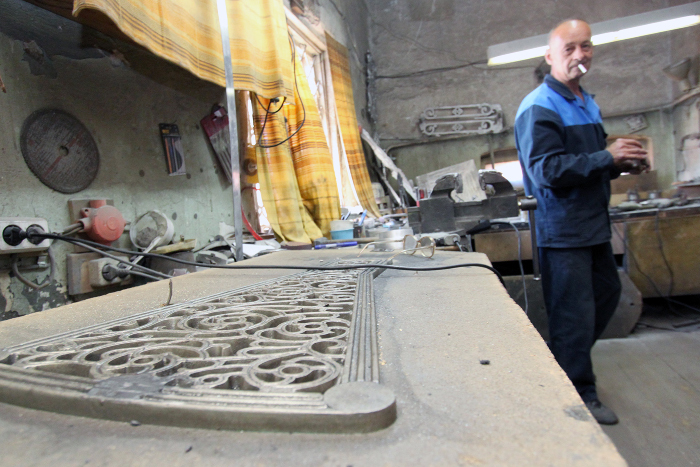 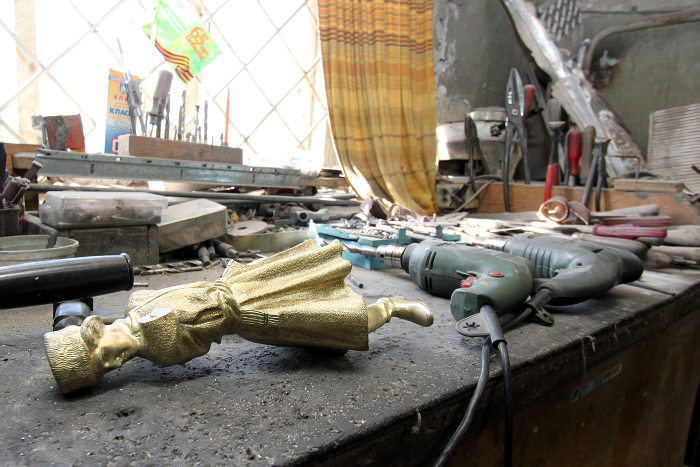 Mould making – a bust of the war hero. 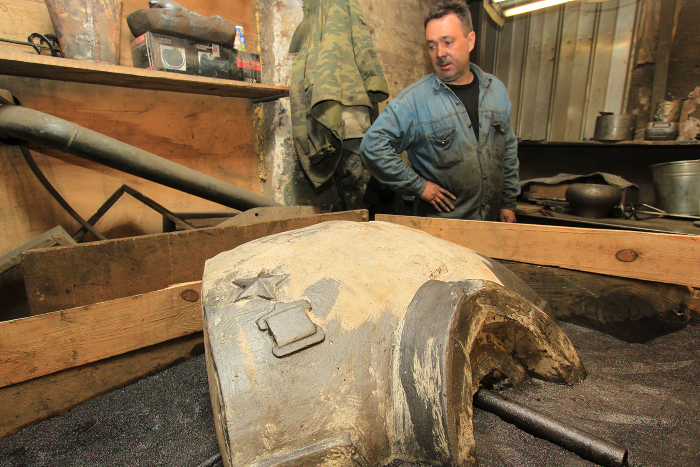 Moulding is usually made by women, and it’s the hardest part of all the process. 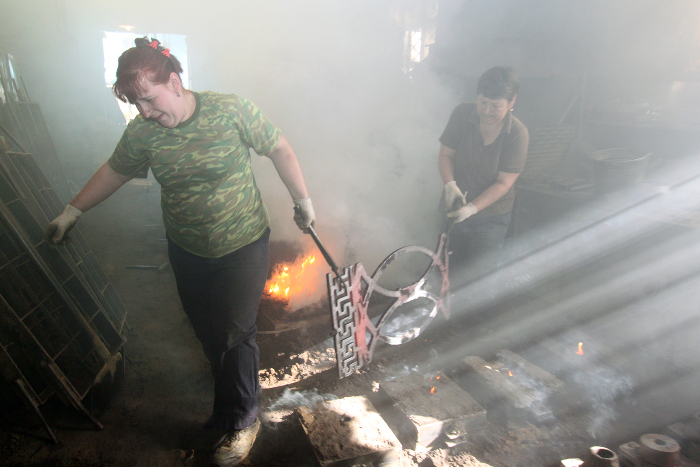 A lattice is cooling before polishing and coining. 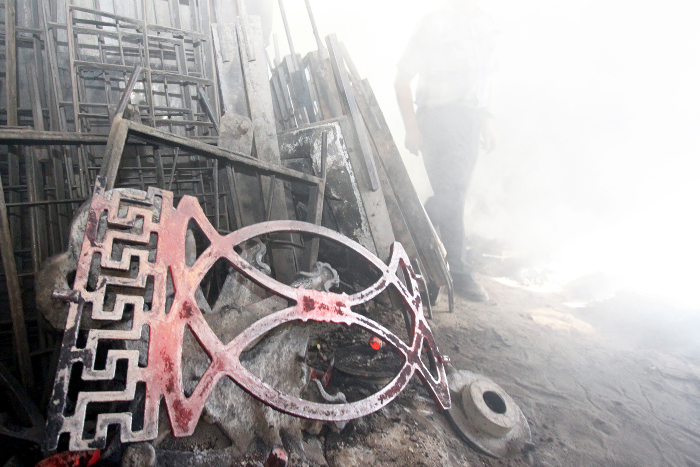 Valery Gorbatov has been working here for 14 years…

Making architectural ensemble for an embankment – the order was received from Sochi. 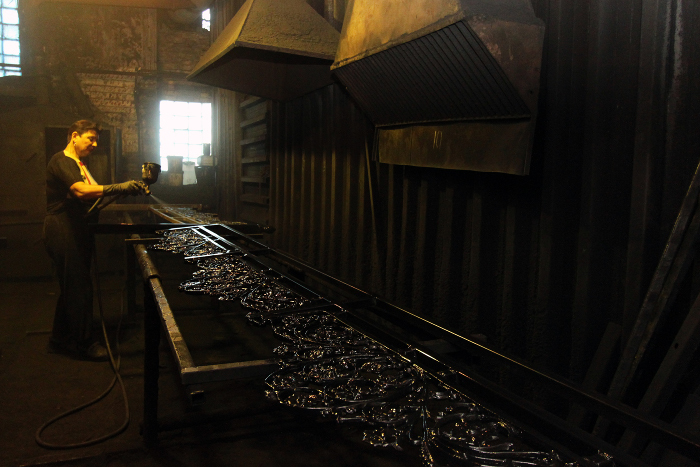 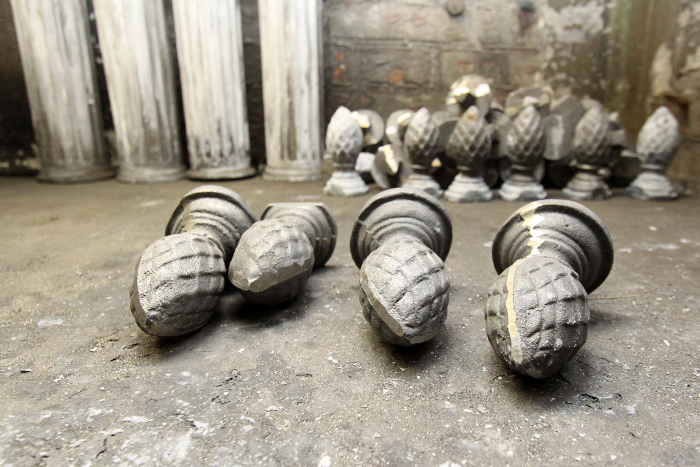