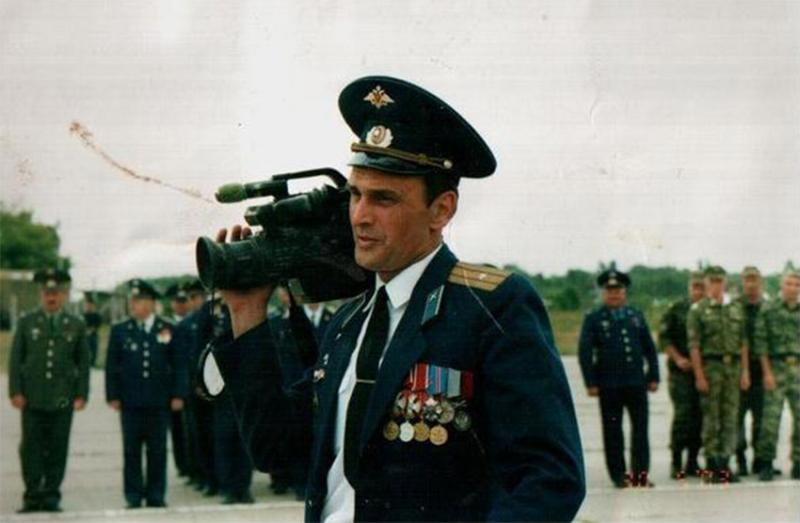 Video materials of this pilot are unique, it’s the chronicle of local conflicts in the Caucasian region and Tajikistan and participation of SU-25 strafers there. Today, being already retired, he even makes acting works from the video materials once shot from the cabin of SU-25.

This camera was bought in 1994 before going to Tajikistan by the decision of a major-general with the only purpose – to brighten up the military life of the staff. It was super modern and very expensive video camera  PANASONIC М-3000, very big and heavy. Mikhail (that’s the name of our pilot) decided to make some aerial shots though he didn’t succeeded much for the first time. The camera impeded flying so much but the qulity of pictures was magnificent. Later he began to use music for his videos. Taking camera to the flights had always been his iniative and he knew the risk. SU-25 is very manoeuvre in the mountainous areas. Like a swallow swiftly moving among the mountain ranges. Aerial hooliganism in the blocks “Will be alive”- full version, the stunning video!

14 thoughts on “The Strafer Cameraman”