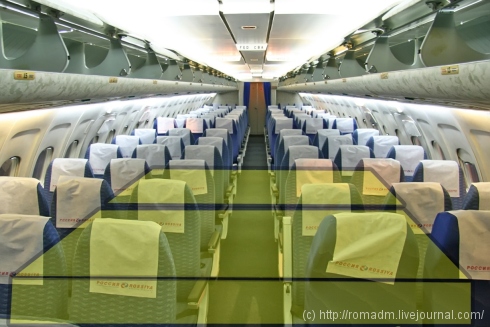 Just imagine that you are sitting in the middle of TU-154M and there are at least 3 tonnes, if not 8, of kerosene under you.

Can imagine what 8 tonnes of kerosene look like? Yeah, quite difficult, it is.

Let’s soup it up? Overwhelming majority of fuel tanks are casing fuel tanks. This means that fuel is being pumped into the hollow of wings and there are no special vessels for that; everything is situated in the pressurized section. Prior to a plane fueling you need to draw a cupful of gasoline from the fuel system to remove any sediment that may be collected in order to check for the water contained in the fuel tanks. The process is usually controlled by a leading pilot. Then a fuel tanker drives up. Maintenance worker is supposed to tell the fuel tanker’s driver how much fuel is needed, so, while the driver is trying to attach the hose (sometimes even two of them to make the process run faster) technician goes to check the remaining fuel level. Remaining fuel level can be measured according to the equipment set in the plane and also it is fixed in a log-book. As it usually happens, the information never coincides. Even if the temperature outside changed, the thickness of the fuel would change along with it; as well as all instrument data.

Whole bunch of lights and switchers help to control the fuel consumption while in flight. Switchers correspond to whether a pump is switched on or not.

If fuel meter readings and book records coincide at least for 200 kilos – you can start fueling a plane. Opening the filler at first (usually it is situated on a wing.) And attaching the hose. Fuel tanker truck has everything in litres. So you need to calculate the proper quantity before fueling a plane. Kerosene flows into the fuel tanks with enormous speed. This process is being carried out before passengers enter the board. Russian fleet has special methods of fueling planes while there are passengers on board, but nobody does that. Why risk? Photos and story via romadm

19 thoughts on “How an Aircraft is Souped Up?”