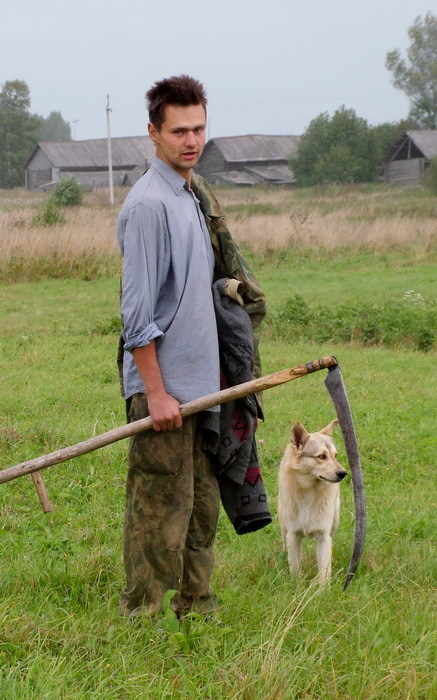 Andrey Oskin is a sculptor from a very small village Mundyr. Living here people want to do something unusual, breaking the monotony of the local life.

Mundyr is the oldest village in the neighbourhood. People used to live here well, they had vast yards, barns, but the village sank under the war, many men didn’t return home.

Lots of houses here are abandoned and one of them became Andrey’s sculpture studio. There he has an easel, floodlight, clay.

In Mundyr there is a farm, the only remains of the former luxury. Andrey’s family has two cows and two calves – reliable household. Andrey is one of three children of his parents, an elder one – aged 28.

Few people understand this hobby of Andrey, but he calls himself a sculptor. Thus, he believes, he can show his soul. He used to paint, but it wasn’t enough for him, he wanted to “feel shape”. Mainly he sculpts his fellow villagers. Together they plan to farm and develop agriculture in the village. 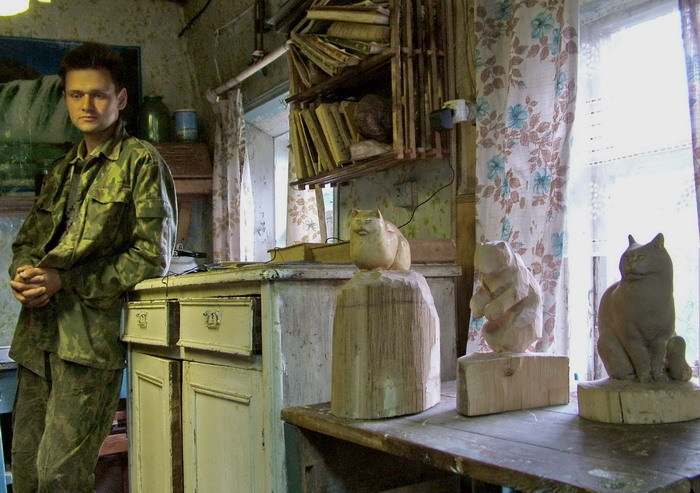 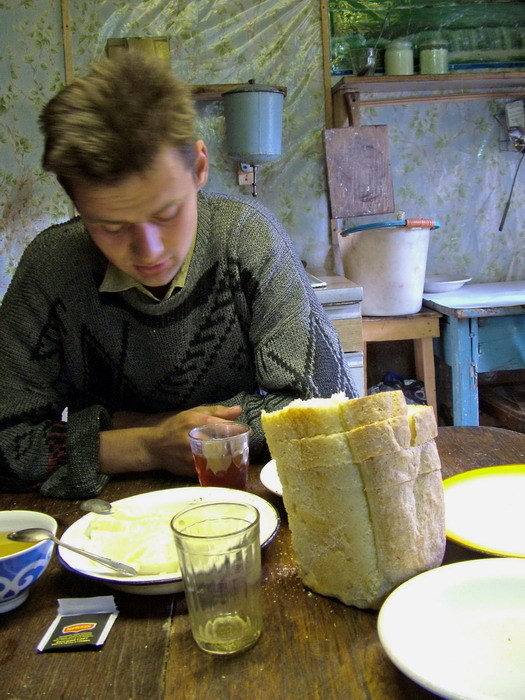 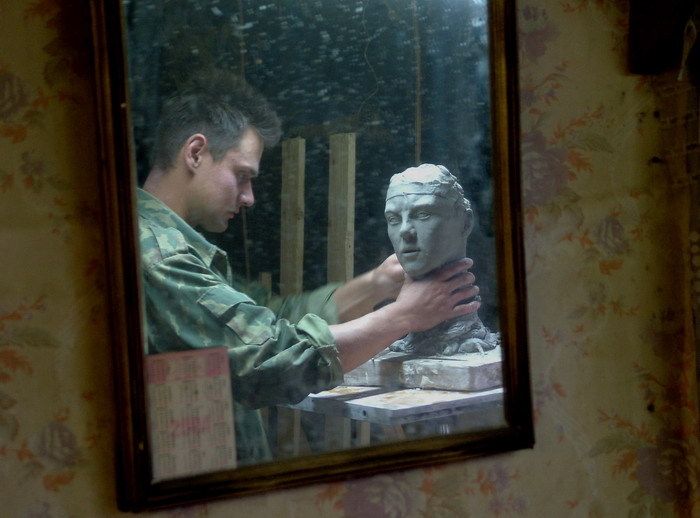 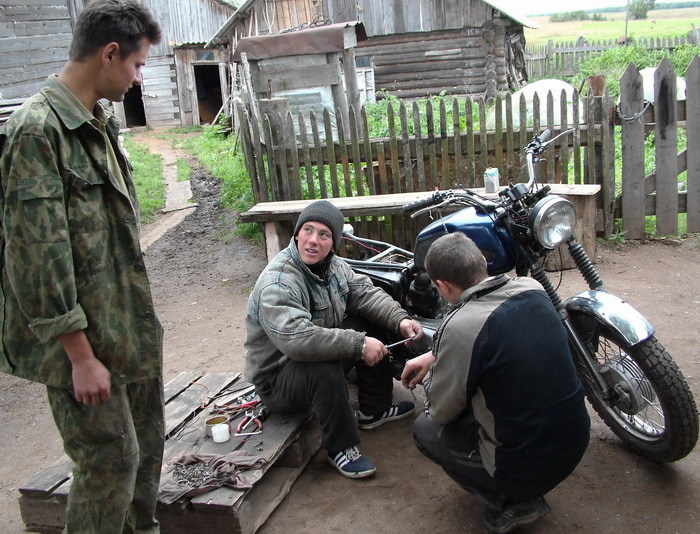 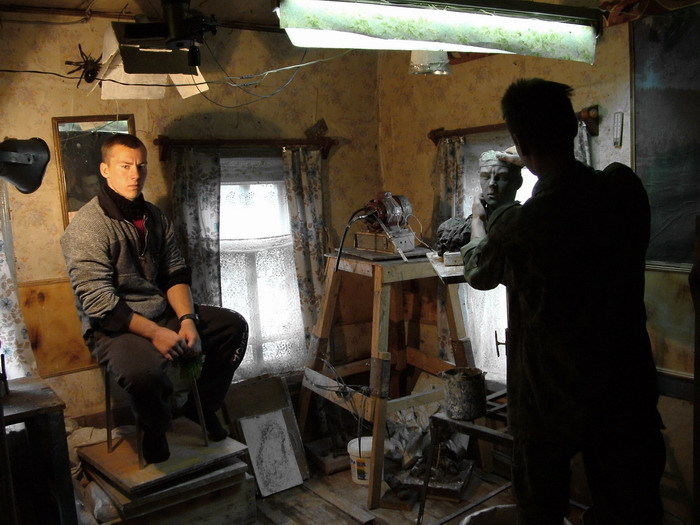 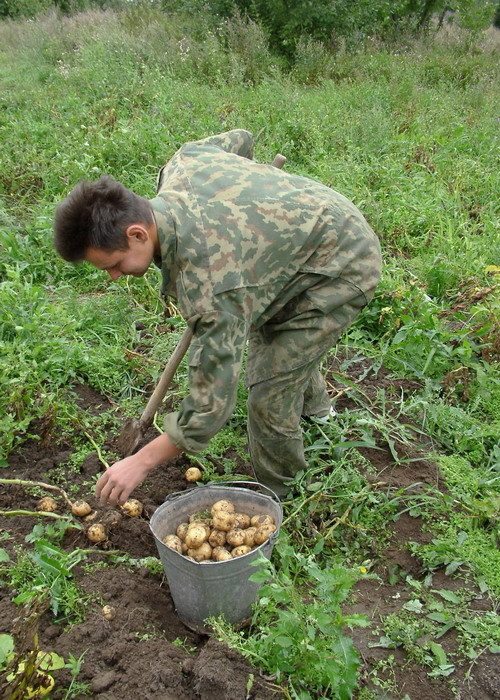 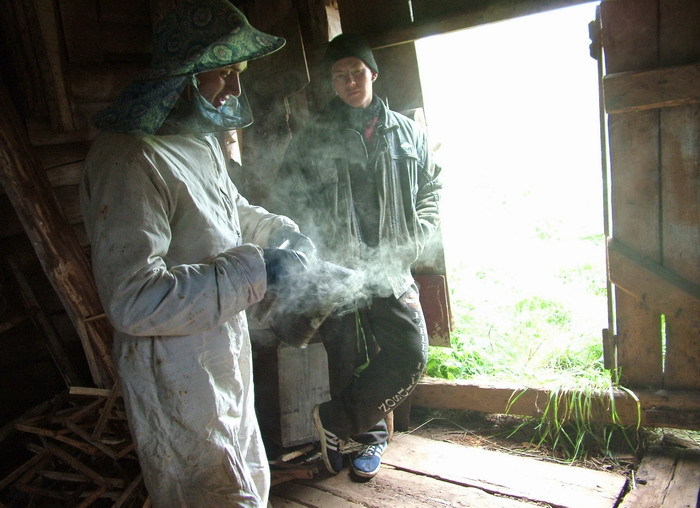 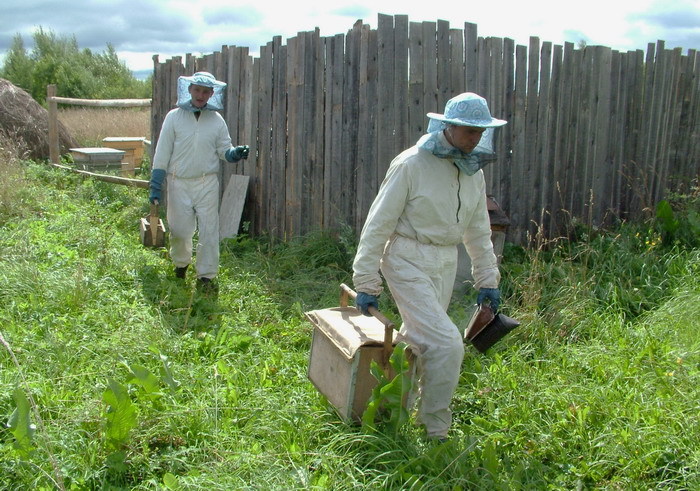 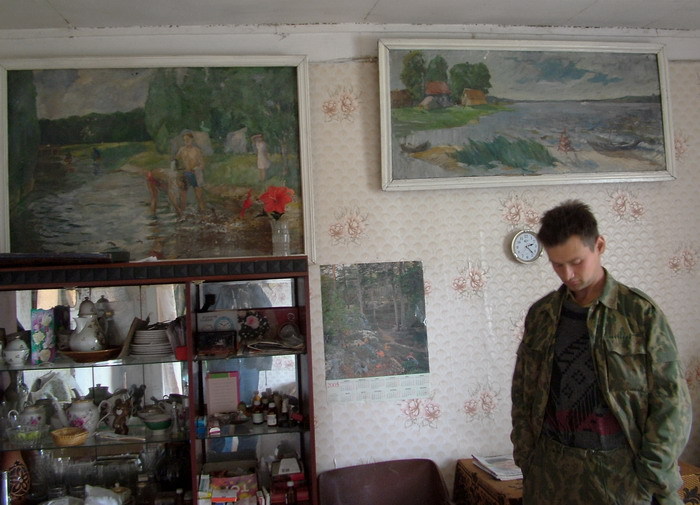 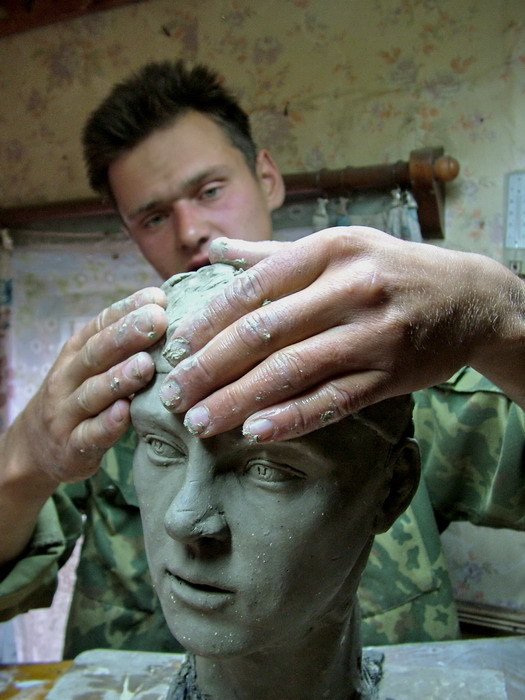 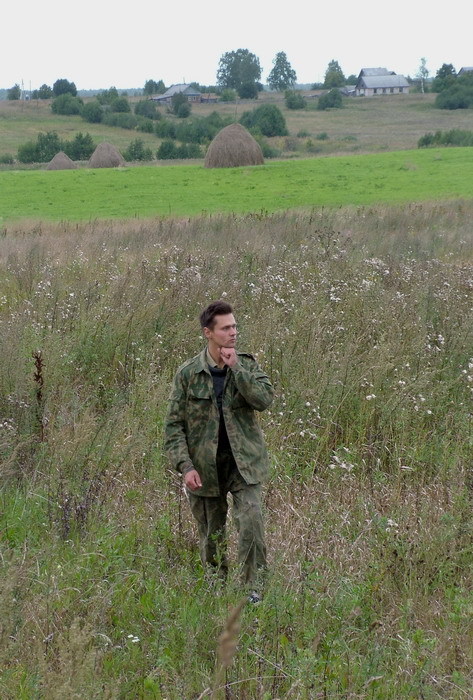 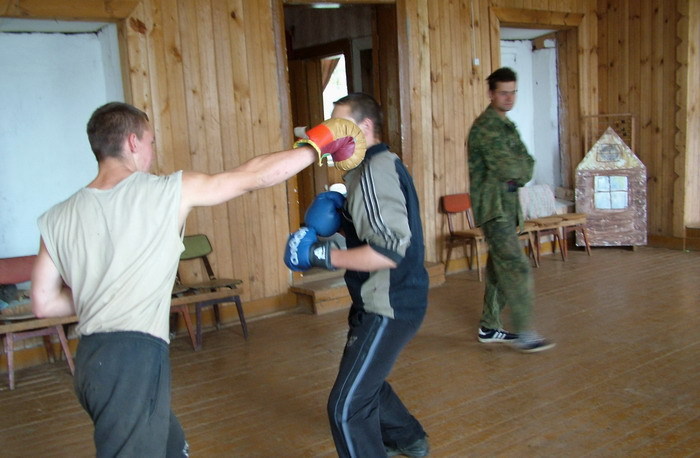 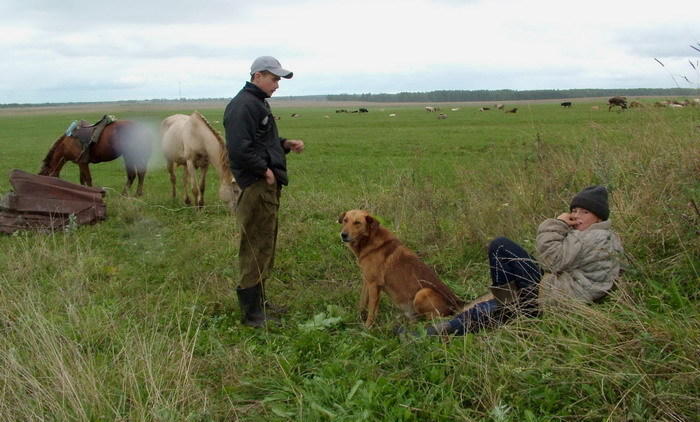 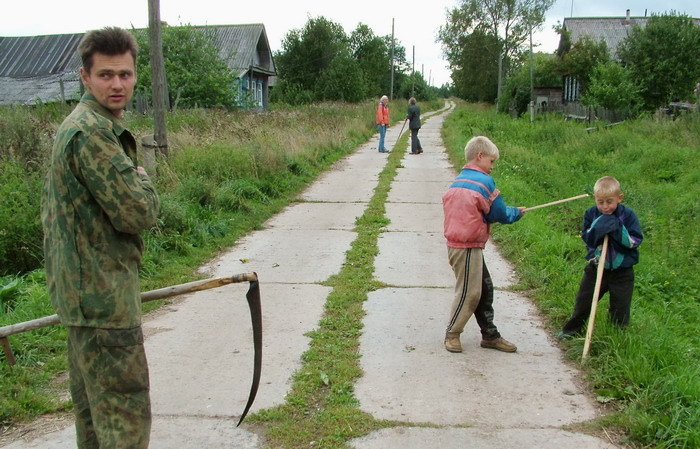 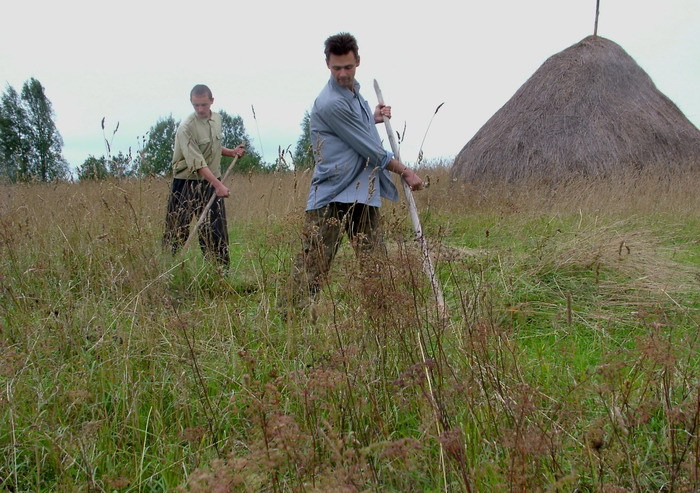 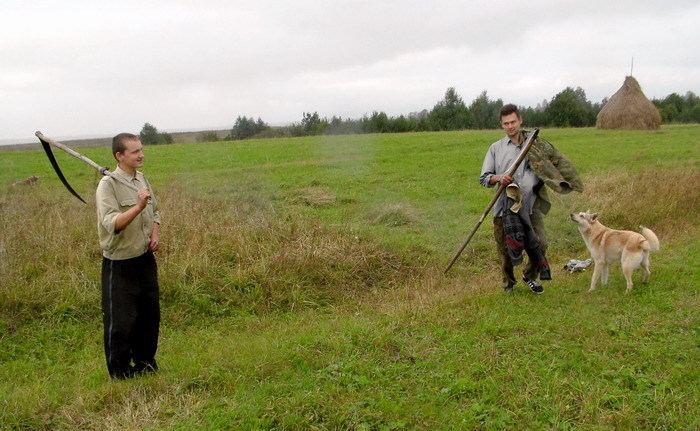 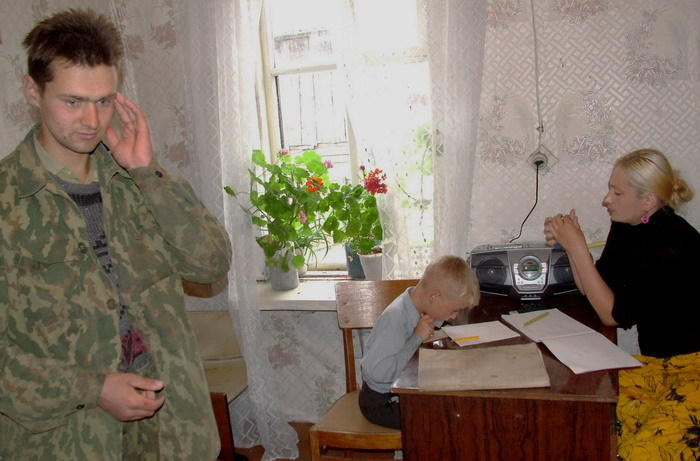 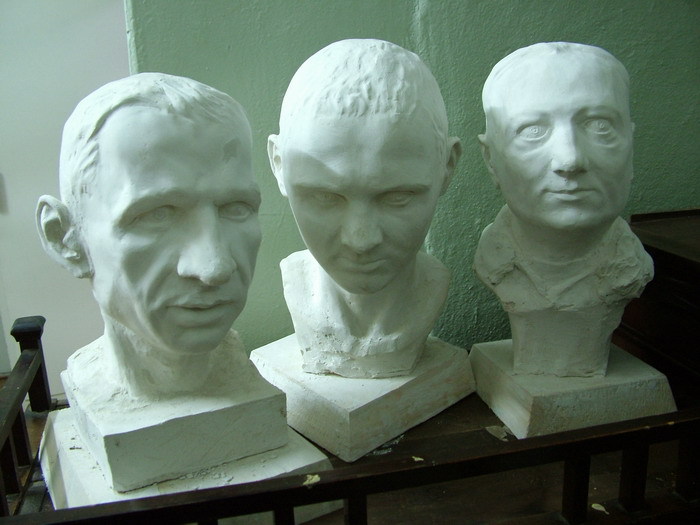 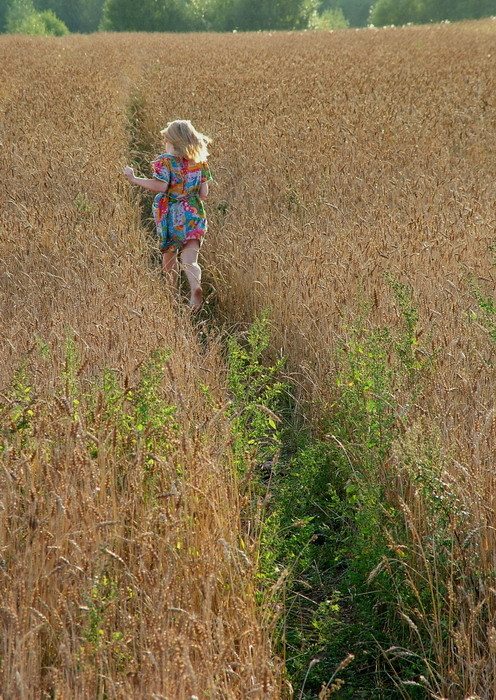 26 thoughts on “Modest Sculptor of a Small Village”