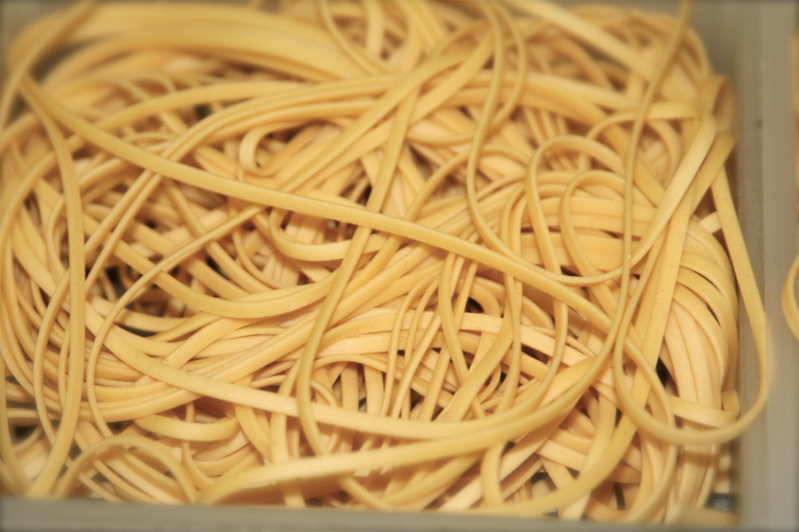 There is a whole lot of things in the life which we have done or tried to do at least once; and instant noodles are not an exception. I bet that every one of us ate them no less than once, and, thus, pondered a good deal about how it is made and of what?

Let’s see what happens with instant noodles before they hit the counter. At first, special equipment made in Italy, Japan and China turn flour, egg powder (for egg noodles) and water into dough. And afterwards it makes noodles themselves out of dough. It is considered that the unhealthiest process in cooking noodles is deep-fat frying. Usual dried noodles are much healthier (the ones on the header image.) Along with it other employees of the factory are preparing packs with seasoned meat with dressing. Yeah! It’s not a fraud of any kind, they’re using real meat! Each pack is being sealed up. And only after all of that packs are sent into a pressure cooker. After the cooking procedure is finished, test samples are being sent to laboratory where the 7-days-long testing process takes its place. Packing is the place where real rough Russian women work. One of them places bowls, the second one puts noodles into them, the third one got her packs with meat to cope with, and, eventually, the fourth one and the last one has to finish the bowls with putting forks into them. Do you still think that your job is a tedious one? Boxes need to be sealed and that’s almost all. These enormous quantities of noodles will go from the warehouse by train to Vladivostok and Khabarovsk. And by trucks to Moscow and Saint Petersburg.

Photos and story via irma_i