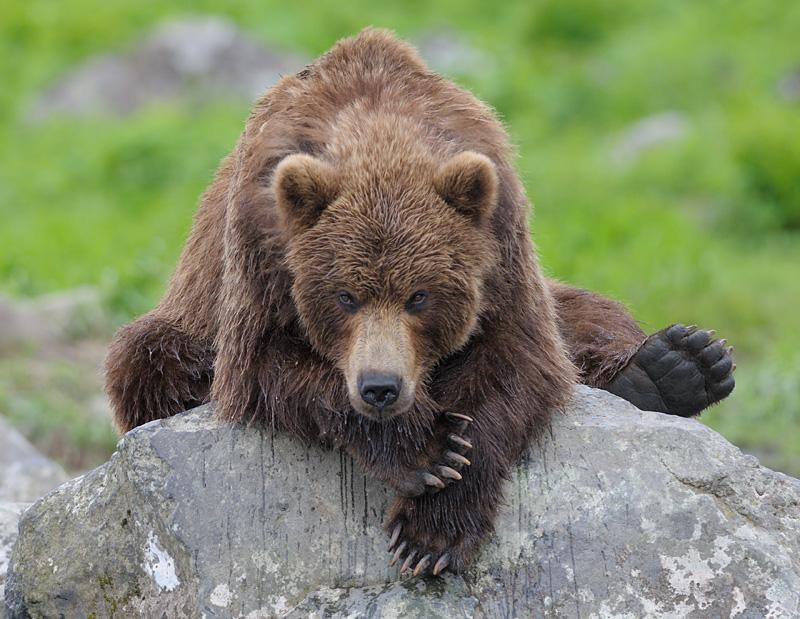 We have already had a few posts about Kamchatka region, as far as you remember. But those were about handsomeness of nature as Kamchatka peninsula has lots of national monuments; but each can say without a tint of controversy that the beautifulness of nature is incomplete without its dwellers, different kinds of beasts residing at it.

So, one photographer that lived in Kamchatka region for years decided to settle a list of bears that he has seen through the time he was there. Let’s have a look at them regulars.

First one (you can see him on the header picture) named Drunkard. He is a kind fellow that likes to sprawl himself lazily at the beach and be lost in reverie. He’s got such a bad name when in 2008 he robbed an Austrian tourist for a flask of schnapps and sucked it dry. 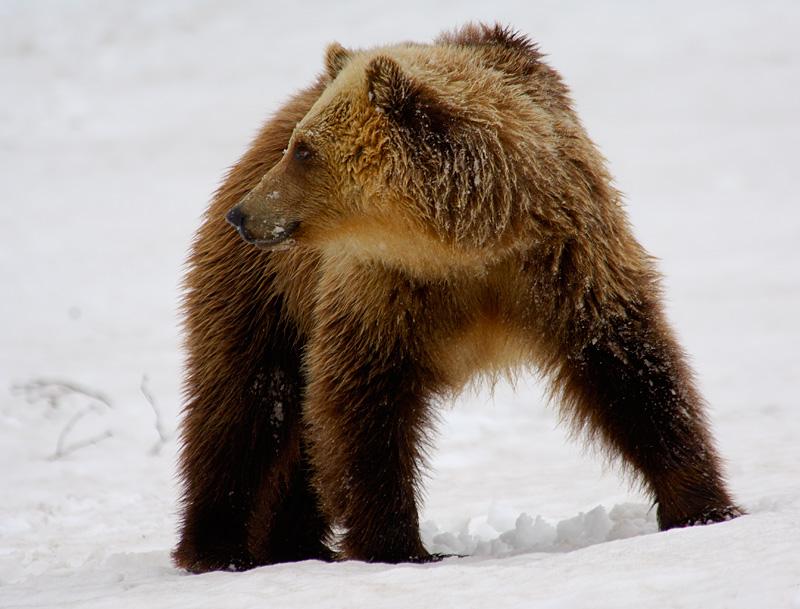 A legendary she-bear from the Valley of Geysers named Darkpaw. 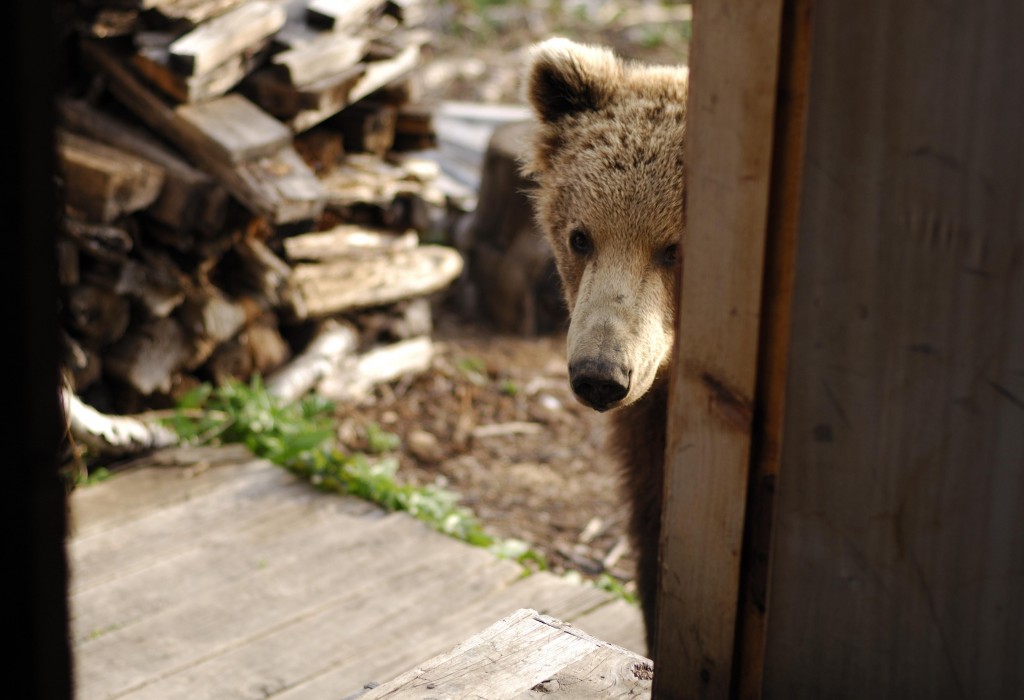 Kukhtyl is a young bear that fancies looking through anybody’s windows. People say that during the last winter he grew much more mature and became much cautious. 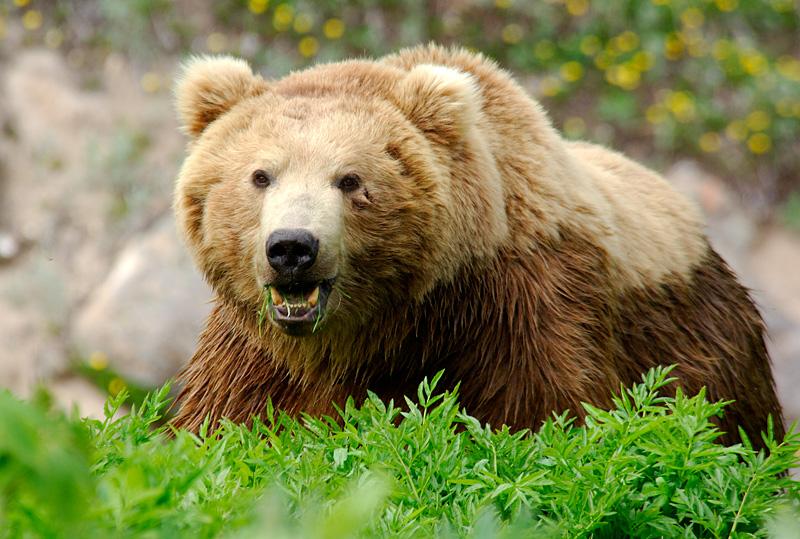 Oligarch is a big and robust bear. He doesn’t fear anyone and has long privatized all the best meadows and pastures of the Valley of Geysers. 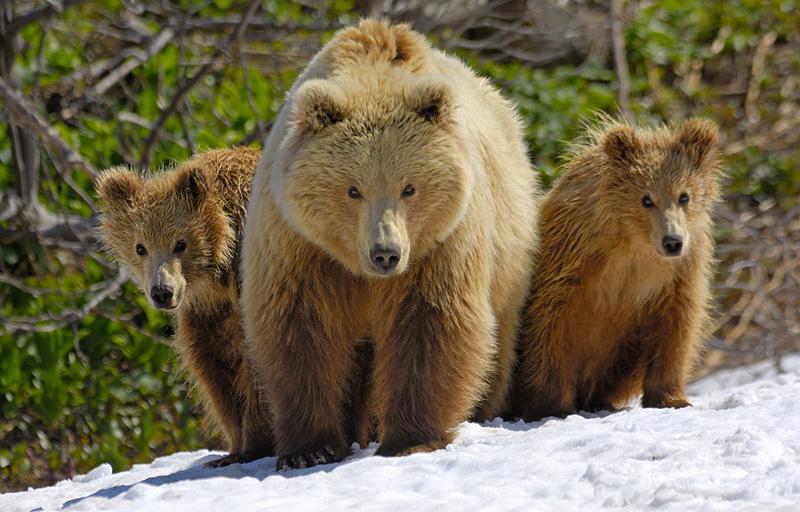 Prima is one of the most beautiful she-bear in the Valley of Geysers; not to say that she is a good mother for her little bears. 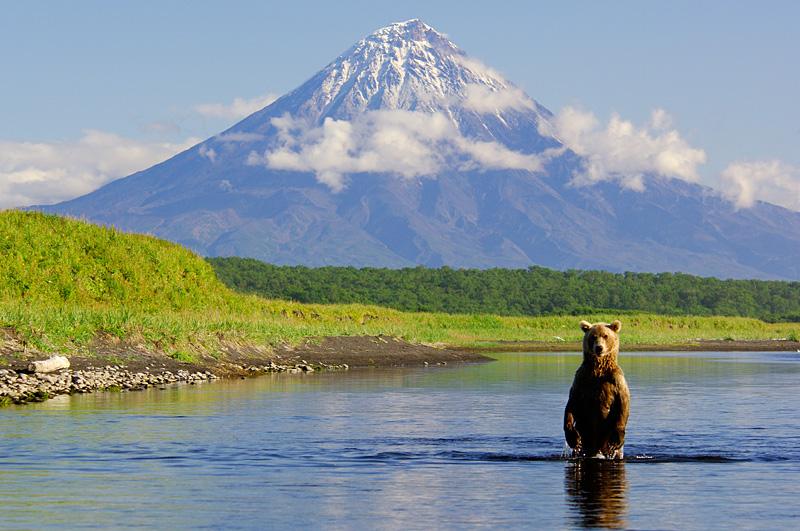 Young fisher is a noble bear who is very good at catching fish. 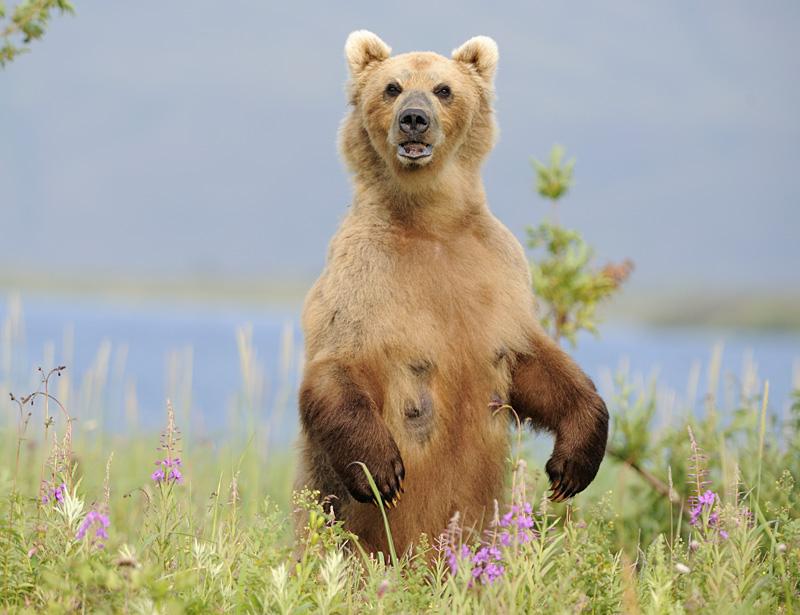 Mummy is a she-bear with an unusually developed maternal instinct. Last summer she had two of her own little bears, but in spite of that she adopted one half year old orphan who hadn’t any parents to look after itself. It is a strange thing for bears and this case was first one on the books. 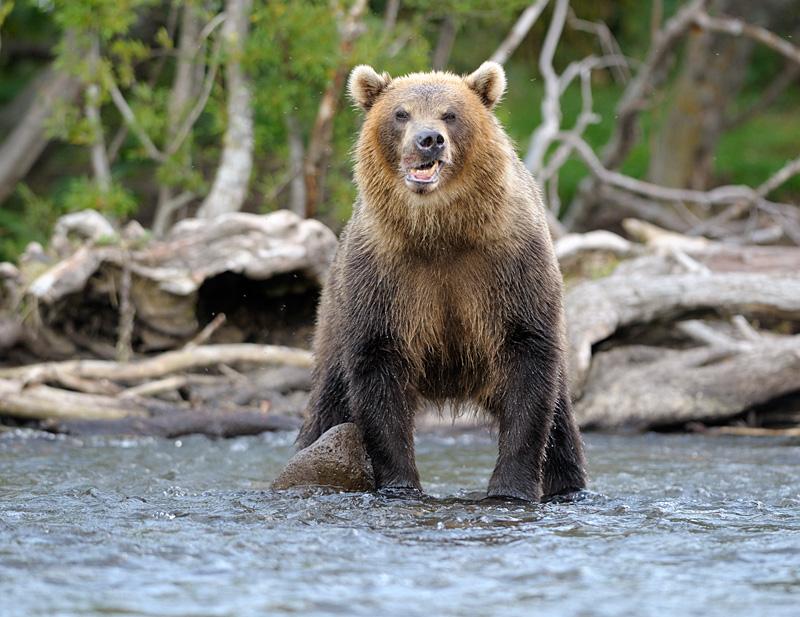 Keshka is a young brawler bear that is growing in strength very fast. He managed to bring all of his counterparts under and even started answering back at the elder ones. 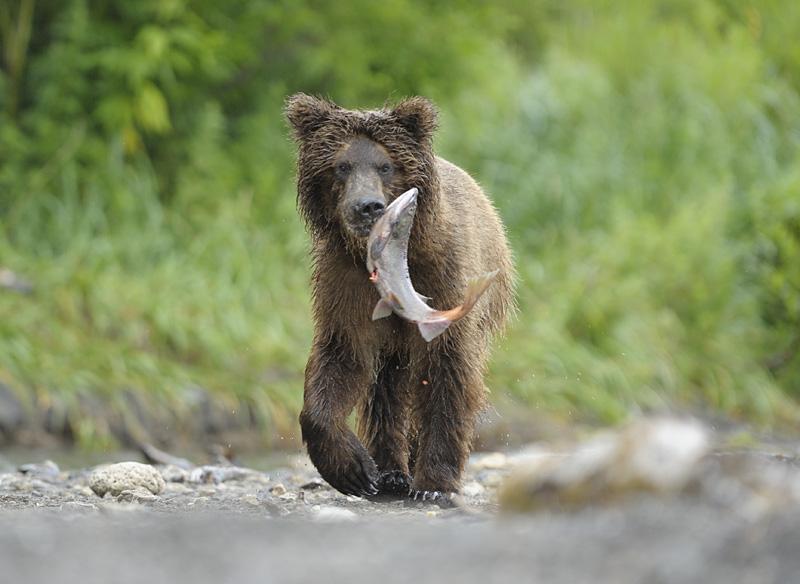 Pushkin is a cheerful and cheeky young bear with Pushkin-like side whiskers. 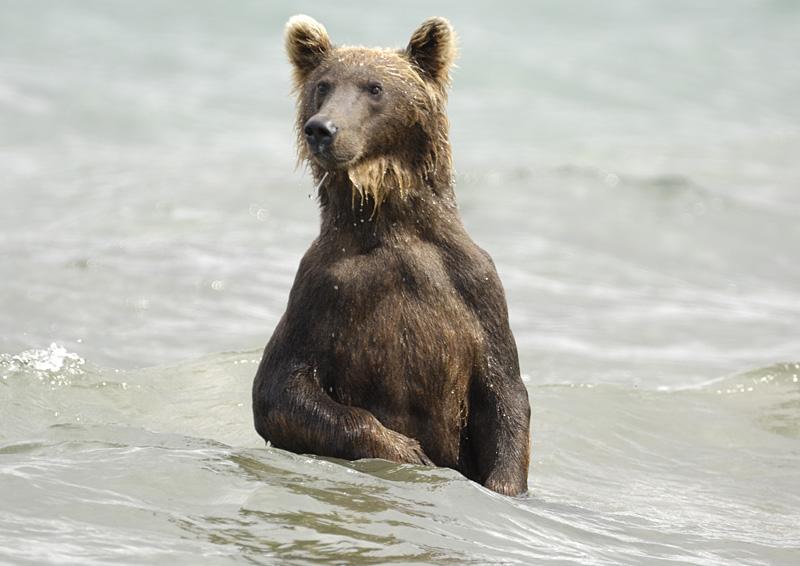 Curly looks like a timid first-year student who strives to gain new knowledge. He tries to avoid any contact with his age mates and keeps away even from younger friends. Likes to swim in the lake. 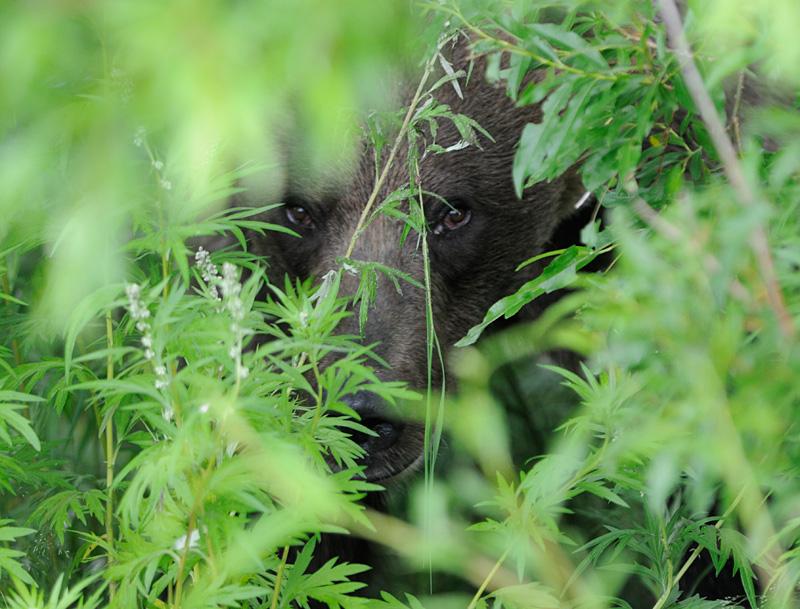 Name of this black beast is Killer. He freaks all of young bears over here and she-bears were always trying to hold their kids far back from him. People say that one feels themselves really uncomfortable if Killer is nearby. 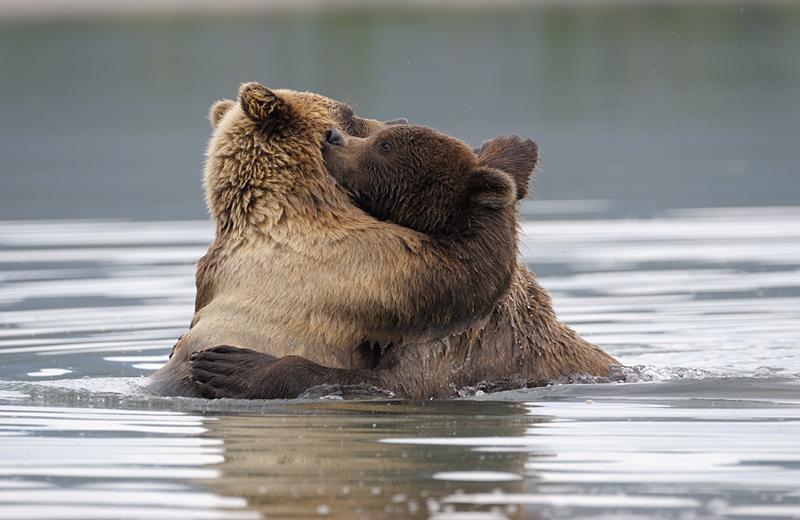 Misha and Masha are two young and friendly bears; most probably they are brother and sister. Misha (in the left) is a loafer who still can’t catch any fish properly, though he is already four years old. 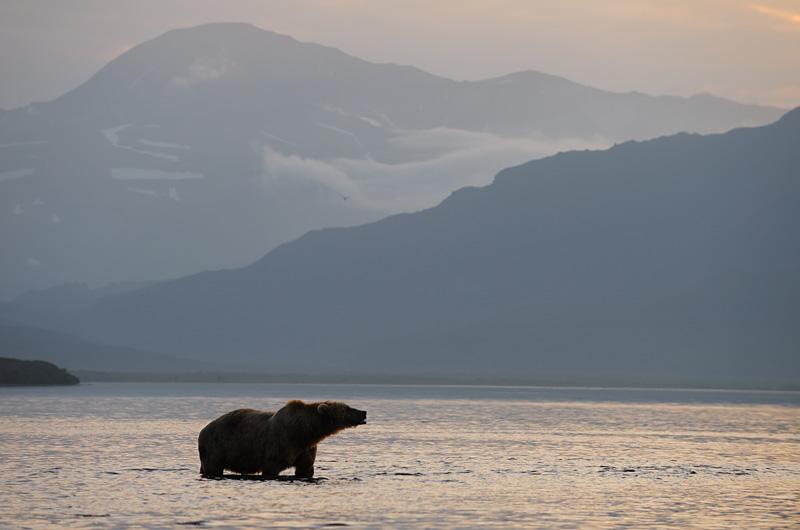 Always Old is one of the oldest bears in Kamchatka region. Each year, after the hibernation period, he comes down from the mountain in a very bad shape: a bit too much malnourished and covered all over with seams. But comes he down not to die but to gather strength. When fall comes he is already paunched and ready to go back to the mountains. 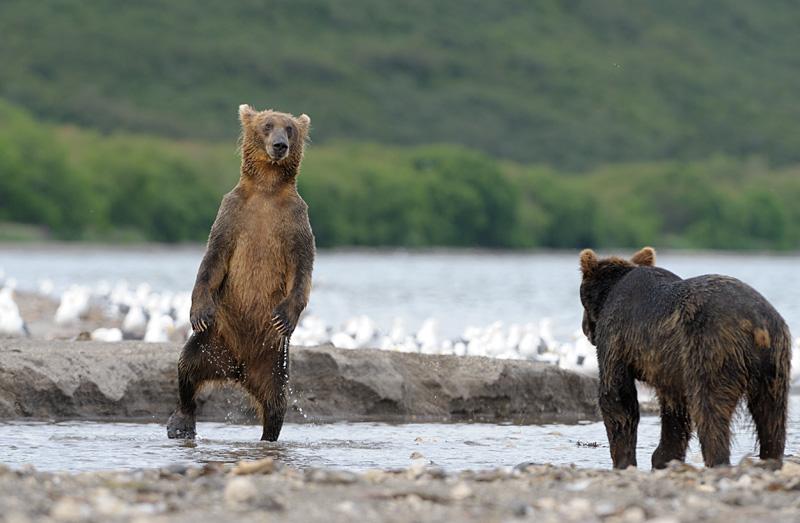 Clown is a great fan of walking on his rear feet. Usually bears stand on their feet just to look around, but that one is a proper wiz of walking like a man.

Photos and story via shpilenok