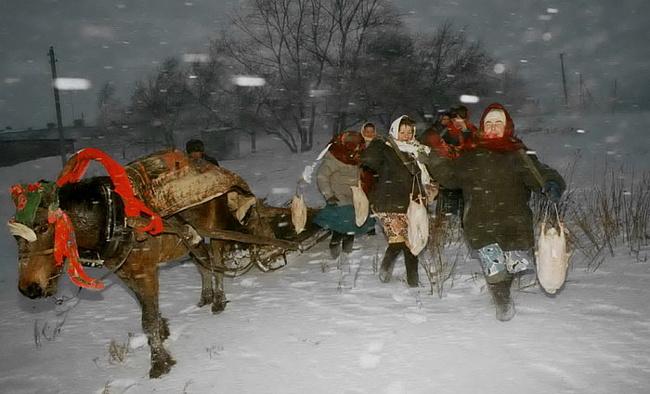 The Tatarian people have their own, quaint holiday. It is called Paz-Amyase, what means ‘Geese’s help’ in English, and has lots of ancient meanings behind it. For one thing, goose is a daily-breeder in all Tatarian villages. For second thing, if a family wants to stick a gaggle, everybody in the village will be eager and striving to help them in doing so. But there is one more, third cause. Like with each thing they do, Allah helps them to accomplish it; that’s why the Geese Day is so traditional.

At first, people wait till it is very cold and Mother Winter has already crossed the threshold. Then the main ritual comes in. Dead birds are being fastened to a shoulder-yoke and carried to the river by women of a family. To begin with, birds are burned with fire and bathed in flow river water; traditions say that goose meat will get purified after this.

After ‘purification ritual’ people cook a traditional dish – belyash – a big mince pie with geese meat and potatoes which is usually served right at the center of a festive board.

By the way, the first thing you hear in every Tatarian village is that it were geese that actually saved Rome from fire. Furthermore, it is believed that a Tatarian household gets feckless after geese ‘leave’ it.

Geese feel impending death (as well as any other act of God’s will or danger of any kind, as it happened in case with Rome) and whole village becomes penetrated with somber gabble. Of course, nobody likes killing innocent animals, but what would you do if the rules say ‘to feed oneself with geese meat.’ Though, and in spite of Koran, there is a bit of sorrowfulness mixed up in the festivity of the Geese Day. 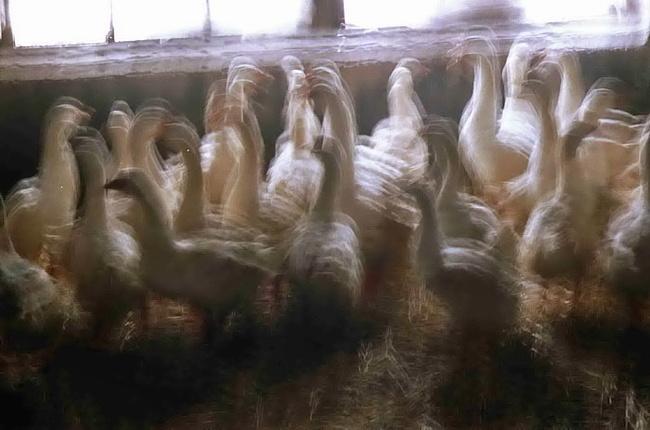 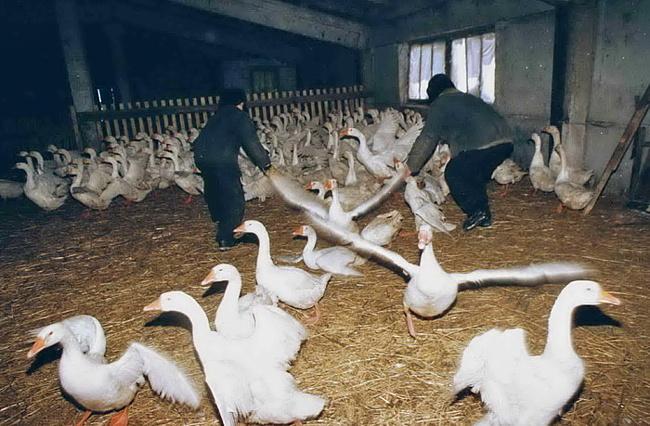 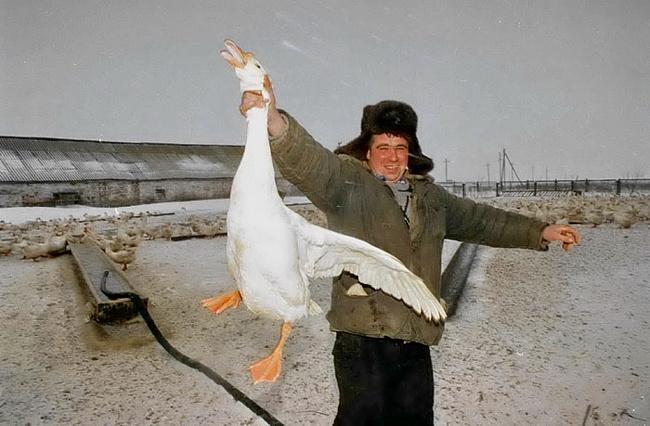 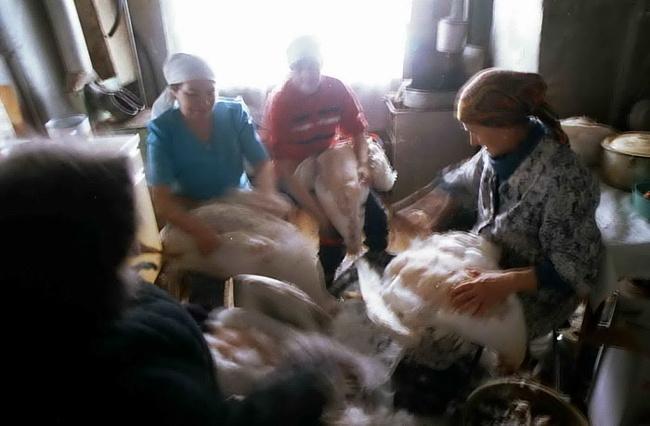 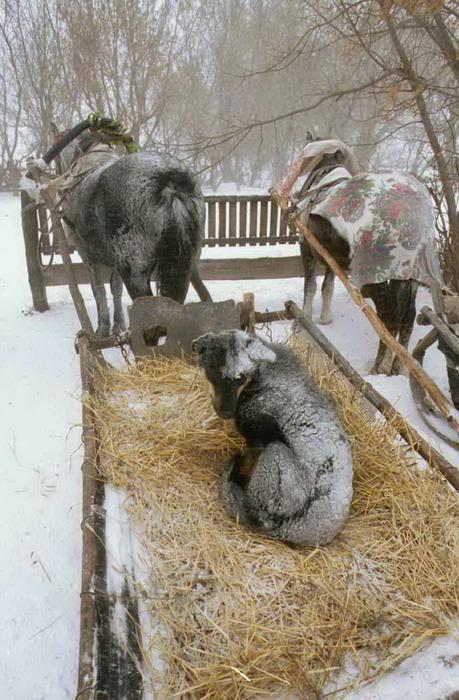 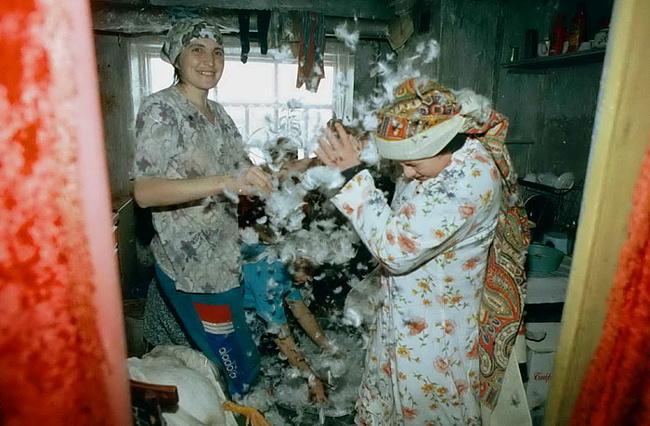 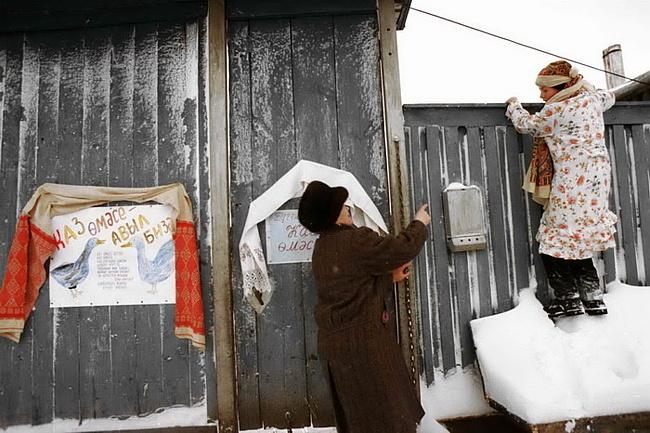 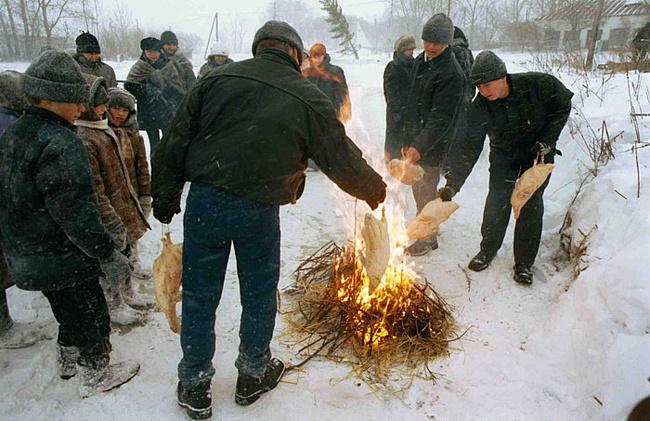 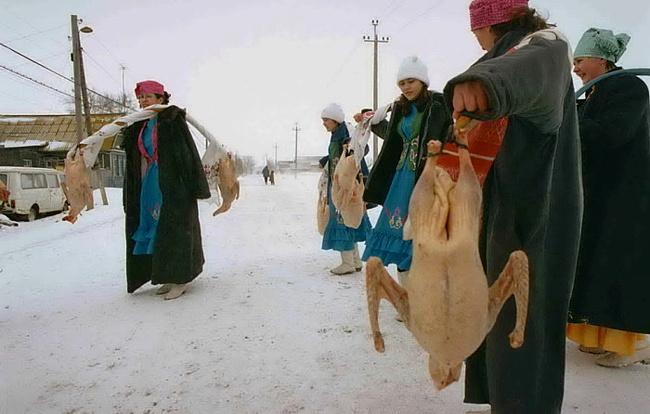 Story and photos via genamikheev

15 thoughts on “The Geese Day”