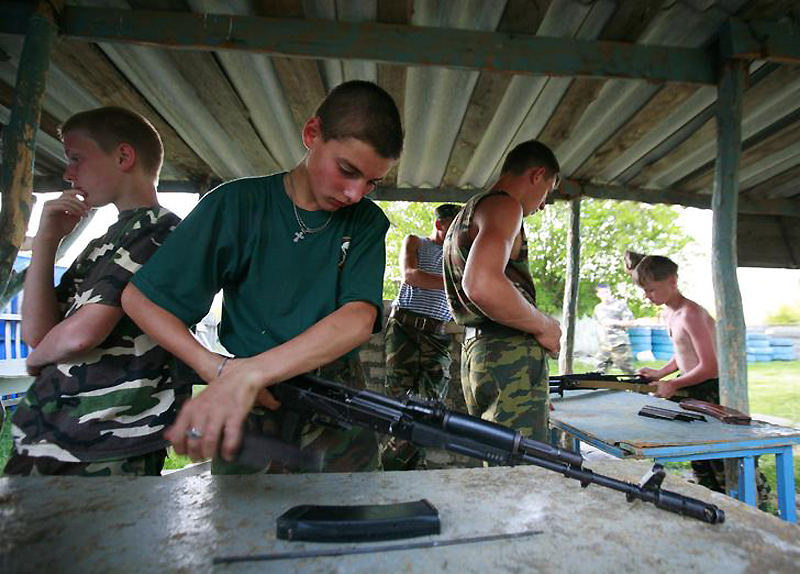 In Sengileevskoye village not far from Stavropol city, former servicemen settled a military camp for boys. Now in the camp are thirty boys aged 10-18 who learn foundations of martial art and how to handle a weapon.

A pupil of the camp has burnt in the sun and is spreading sour cream over his face. The boys are stripping the Kalashnikov guns. A boy is watching his friends training in the military camp. Another boy is aiming at his friend. Boys are sitting on the armored vehicle. Boys are crossing themselves in front of the icons. Each day of the young soldiers ends in praying. Staying in a queue for food. In their beds inside a house of the military camp. A boy is holding on a cartridge-case.

First military camps appeared in Sparta: boys aged 7 were sent to special military camps where they were taught to survive. Those who didn’t manage, died. Bathing in a pool of the camp. During a quick-march in Sengileevskoye village. 44 thoughts on “Training of Young Rembos”