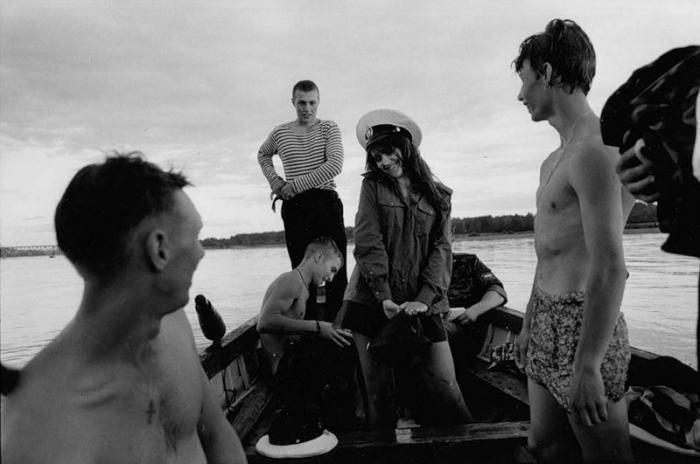 Photographer Jason Eskenazi from the USA visited Russia in 1991 for the first time, it was on the eve of the August putsh, and since then he has returned to post-Soviet countries many times. The result – some exhibitions and a book “Wonderland: A Fairy Tale of the Soviet Monolith”. His photographs are rather popular in the west. Jason says that USSR is a gloomy utopian nightmare . He believes that it’s a tragedy that people of the ruined empire, who are not ready for a new life, who don’t see their place in future,  feel nostalgic about the communistic past. Meeting of the millennium in Red Square, Moscow 42 thoughts on “A Fairy Tale of the Soviet Monolith”