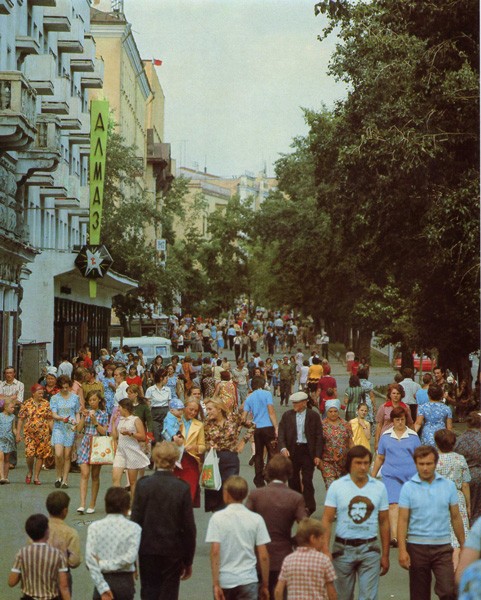 Vintage photos of Khabarovsk city of the 80s. This nice city is still rather attractive and hospitable.

In 2008 Khabarovsk became a winner of the All-Russian competition “The most well-planned city of Russia” in the nomination “The city with population over 500 thousand citizens”. “Okean” fish store has been closed some years ago, it gave place to an appliance store “V-Lazer”. Instead of “Neptun” cafe now here’s a store of construction materials “Stroyka”. Such ice-cream is still sold. Unfortunately so beloved in the past ice-cream “Morozko” remained there … in the past. But now the choice of ice-cream is still very good. “Almaz” jewelry store is still in its place – in the central Muravyov-Amursky Street. Though the street itself has become only more beautiful.