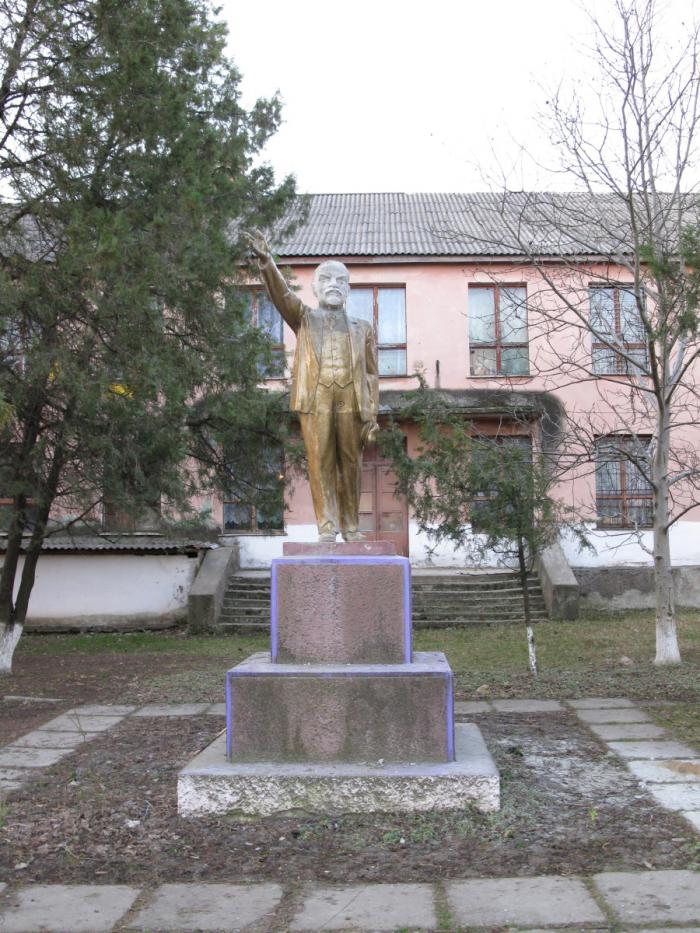 Another example of weird Lenin statue. Now, it has a following history. First installed in Communists times (no wonder), it was staying there for years, until somewhere in modern times some Russian kids didn’t smash its head off.

So it stayed for a long time with a crushed head covered with a plastic bag. But later, local red party activists have got some sculptor involved to restore the original look of their idol, and.. as a result he got the head in place but it came out he got some mistakes in scaling the thing out.