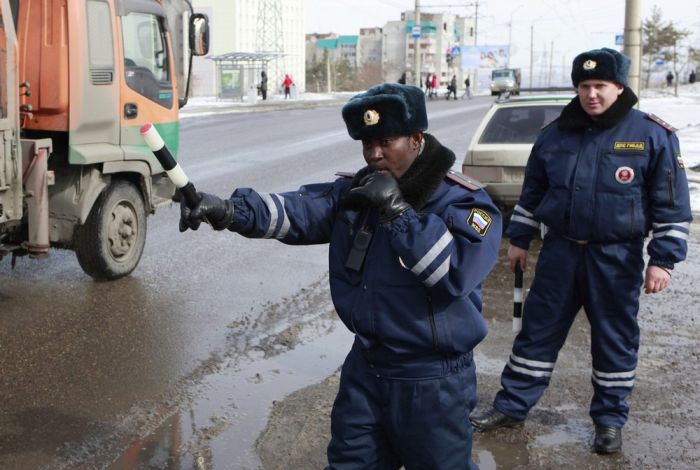 On April the First fool’s day the police of Russian city Krasnoyarsk decided to play a prank on the local drivers. They have got dark skinned guys dressed as road policemen to pull the cars off the road for paper checks.

In Russia you won’t usually see an African policemen, simply because the population of dark skinned people in Russia is much less than one percent. So it was really surprising for the most of the drivers.

Also, when such photos were posted by a Russian language blogger he was accused in racism. All because of the title he choose. It said: “And now we take bribes in bananas.”