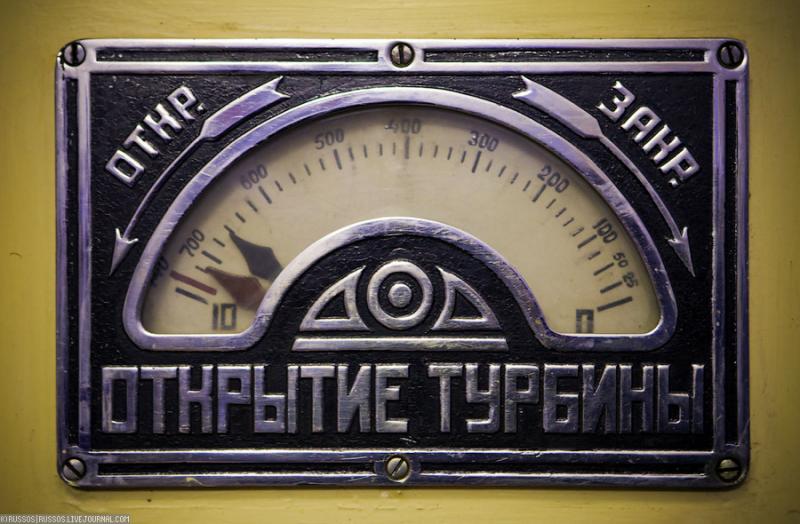 Decision on construction of hydroelectric complexes in upper stream of the Volga River was taken in 1935. A special construction and mounting board was created for implementation of this decision and control over it. Construction works at the Uglich Hydropower plant were carried out under the supervision of the Commissariat for Internal Affairs (the forerunner of the famous KGB) with intensive use of the prisoners’ labor.

Design of this particular hydropower plant reflected trends of that times in construction of hydromachines – enlargement of generators and respectively decrease of their general quantity. This forced the Soviet engineering factories to design and introduce new technologies allowing to produce incredibly huge adjustable-blade turbines and powerful generators. Afterwards these technologies were successfully used in constructing the other powerful Soviet hydropower plants. An automobile passage is laid across the plant’s constructions. That’s the view from a car. After approval of the final detail design the plant’s general capacity was determined equal 110 MW.

The first hydroelectric generator was brought into service in 1940 together with the first power line Uglich-Moscow. The second generator made it first turn in March 1941 but involvement of the USSR in the World War 2 prevented finalization of construction works and launching the plant on its maximum capacity. The final putting into operation was made only in 1955.

Originally the plant was equipped with to turbines of 9 meters in diameter. All the plant’s equipment after more than 60 years of operation became obsolete and should be replaced or reconstructed. For this reason one of the generators had been working only in 30% of its capacity. Now out-of-date and environmentally dangerous units are replaced. In addition in 2007 replacement of one of the generators was initiated. A combined system of a foreign turbine and a Russian generator is being installed now. These works are planned to be finished before August 2010.

Dismantled equipment is exposed in a newly created museum of hydropower engineering of a national value. Here is symbiosis of the original “steam-punk styled” measuring and control equipment with modern technologies. Check this out. This thorough, exact and neat mounting was done about 70 years ago! Don’t miss more photos on the next page.