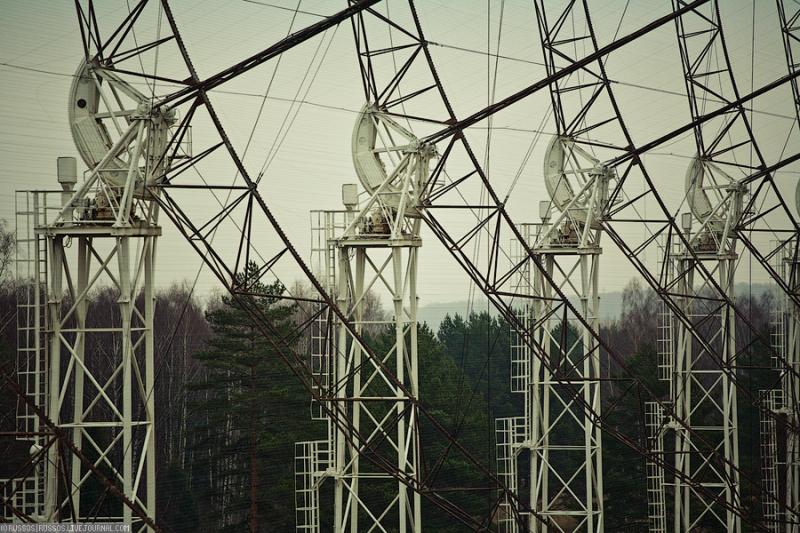 It is the oldest scientific establishment of Russia engaged in radio astronomy research.

It was founded in April, 11th, 1956 when Academy of Sciences of the USSR was allowed to build FIAN radio astronomy station in Serpukhovsky region and set a radio telescope there.

At present on the observatory’s territory there are two and a half radio telescopes: With appearance of FM radio stations it became more difficult to hear the space due to QRM. On the cart recorder is a signal from DKR-1000. All data is further processed and worked with on the computer. Out of service recorder. A computing machine. Actually it is a small control unit of BSA antenna that manually switches the direction of the antenna in the sky. Roomily, cleanly and tidily. Local workers do love their job. The cross-shaped 1000m radio telescope consists of two antennas: a mobile one the East-West axis (on the pic) and an immobile one – South-North. The East-West antenna consists of 37 masts with 40 m – parabolic girders. Some kind of an incredible spectacle of the future. Especially when you go by car under these girders. Between them the wires are tensioned, they make up the reflector’s mirror. Along the focal lines of both antennas are wide-range feed systems allowing to make observations on 2,5 – 10m waves. And this is a non-functional antenna North-South. In Pushchino there are spreading two stories: the first says that some local biological institute poisons the air and the municipal sewerage with chemicals and microbes; the second tells that the telescope irradiates poor citizens. Nobody remembers that any telescope only receives signals. But despite any quasi existing danger of brain affection houses are being built back-to-back that certainly affects signal detection quality. The South-North antenna. It represents an immovable reflector on the ground surface. In the end of the 90s it was plundered by nonferrous metals hunters. Since then it hasn’t been used. All wires are of copper, that is why under environmental influence they oxidized and got covered with a green coat. Most likely restoration of this axis is not expected. An angle of a kilometer construction changes by mechanisms turn simultaneously on all 37 masts. On the telescope mast. The construction is huge. This car seems to be a bug against a kilometer-long rank of masts. In a wet and windy day one can hear how the telescope “sings” – an incredible sound effect. Some Russian film makers even come here to use this sound for their films.