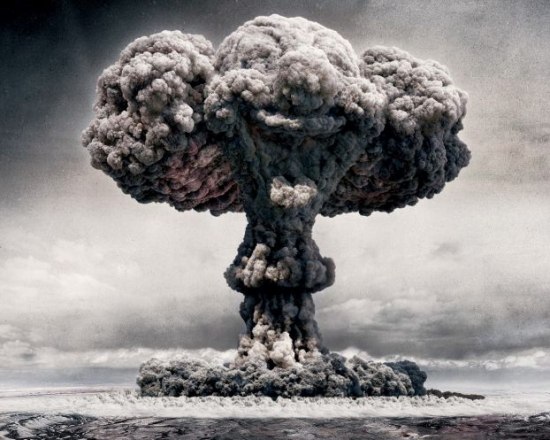 Tsar-Bomb, A602EN, “Ivan”, “Kuzka’s mother” – a thermonuclear device that was being developed in the USSR in 1954-1961 by Russian physisists. It’s started to be called “Kuzka’s mother” after the famous  statement of N. Khruschev “we’ll show America Kuzka’s mother!” (that actually means “we’ll make it hot for America” or “we’ll teach America a lesson”) following the events in Cuba and prior to Cuban missile crisis that soon was followed by an explosion of a test thermonuclear bomb. 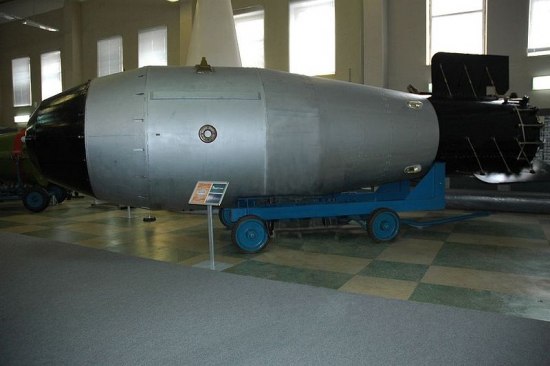 The explosion of the most powerful thermonuclear device happened in October, 30th, 1961 at 11:32 am during XXII Communist Party Congress work. The bomb was dropped from a bomber TU-95 from 10,5 km height. Destruct of the bomb happened 4500m high above sea level. The explosion yield reached 58 Mt in TNT equivalent. 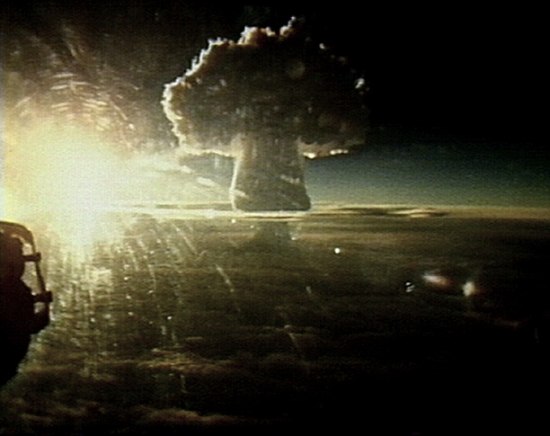 The explosion results of the device called “Tsar Bomb” in the West were rather impressive:

The explosion’s “nuclear mushroom” rose 67km high, the diameter of its double-level “cap” reached (at the highest level) 95km.

Fire ball of the explosion with the radius about 4,6km reached the land surface that is not typical for the nuclear air bursts.

Radiation caused third degree burns at the distance of 100 km.

Atmosphere ionization became a reason of radio communication interference even hundreds kilometers away from the testing area that lasted 40 minutes.

The air wave rolled to Dickson Island at the distance of 800 km.

Total destruction radius shown on the map of Paris for descriptive reasons. 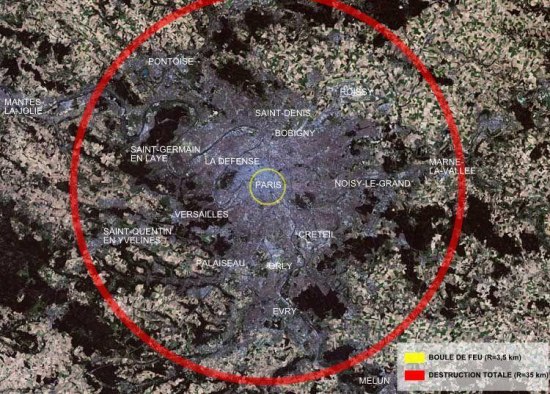