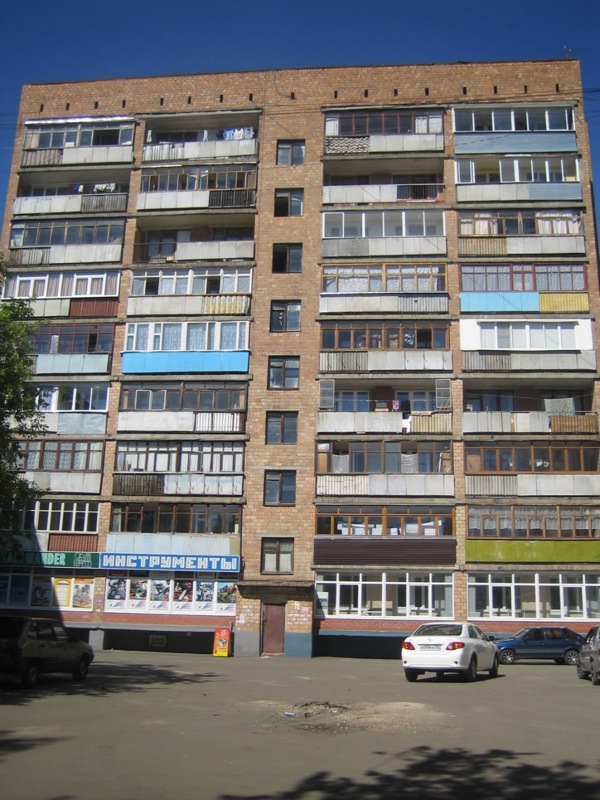 Usual Russian or Ukrainian multi apartment middle class, not new, buildings look like this. You probably can notice those windows are different for everyone. Some have totally new PVC windows, other have self made wooden frames. That’s because there are no laws forbidding to change the window frames and paint them for an individual apartment in order to maintain the overall look of the house, so people do this according to their available budget and will. And not only poor people live in such buildings, no. It’s really normal place for middle class people to live. So they can spend tens thousands dollars for renovation works, but… inside the apartment so it might look glossy inside but be in such a place from outside. It’s totally normal that someone having a Range Rover car can live in such a place. Just because the average price of such an apartment in Moscow would be around $300,000. And it would be considered good buy if it is in good location – not far from the central part of the city etc. They were left as a heritage from the Soviet times when authorities didn’t care much on the ethical side of the housing but wanted to give space for as much families as possible, and they gave them away for free, though in order to get one sometime people were staying in waiting lists for years. 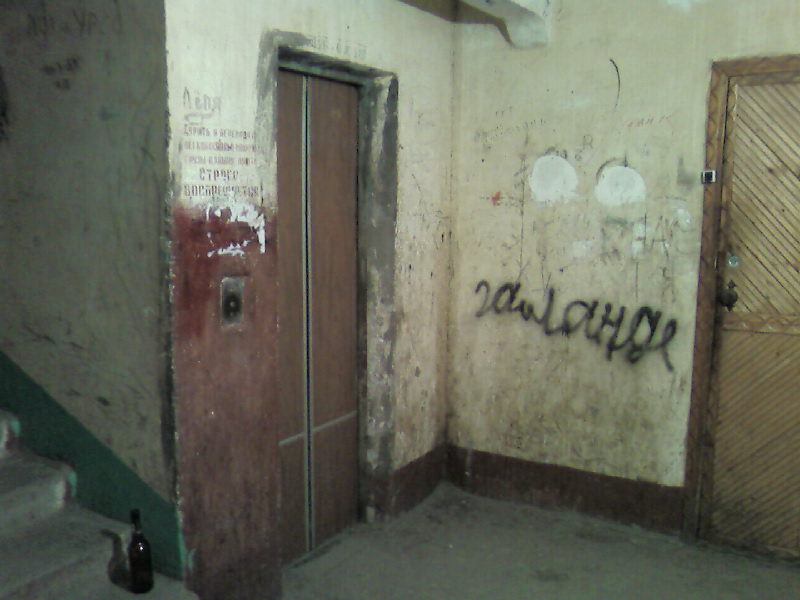 From inside this buildings look usually like this. There were no special organizations tracking the condition of the halls, stairways or lobbies so only if the residents of the building were enough organized to plan a renovation then it might look bit different. The lobbies are often occupied by local teens from the neighbourhood as the weather is cold and they can’t wander thru the streets and to get inside some cafe you need to order stuff or to be at least some age old etc.

Lately people were paying more attention to the condition of such places, equipping the entrances with special steel doors with hardened access and video cams to track unwanted visitors but still there are a lot of places like this, especially in smaller cities. And, again, it is often a place where higher class people live, driving good cars and earning some a few thousands dollars a month. Of course, eventually some of those move to some new construction but it’s not that easy too even for them with current property prices in Russia.

But what we can see today, is something a very different from which was discussed and showen above. This is just another lobby on the thirteenth floor of such a building, in Ukraine, but there was living a person, a lady, that was bit too much devoted to letting the things leave as they were. What to she has turned their hall you can see inside… 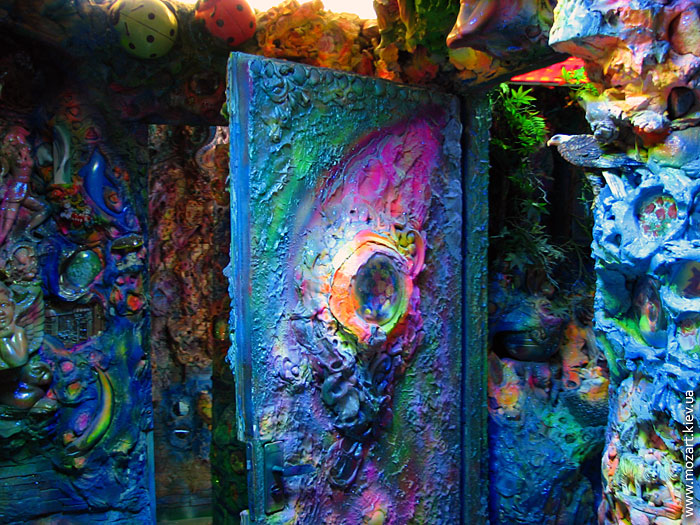 As she told in phone interview: “My neighbors tried to protest, even to ruin this artwork but they couldn’t really do much – that’s a painted concrete actually”. So she was really devoted to see things changed! And she lights the candles all the time too!

People say they try don’t to spread the rumors on this location much just because they afraid it would attract thousands of visitors to the place daily and would break their privacy totally with those watchers, so the location stays undisclosed. The only known thing is that it is in one of the most bad reputable districts of Kiev city, in a thirteen stored building. And they say there are not much of those there.