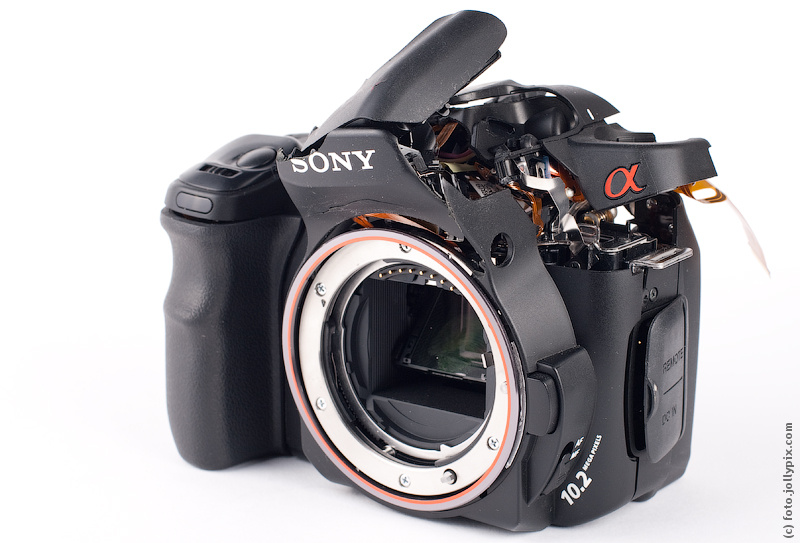 That was the state of a Sony Alpha A200 when the author of these photos got it. It was… Let’s say someone trod it down several times. The rear view is the same – broken LCD leaked, protective plastic cover was missing. It was absolutely clear that there’s no way to repair this poor camera. So a curious mind and a screwdriver were set on foot. First impression of seeing the camera naked was a surprise of the level of miniaturization. Plenty of tiny ribbon cables connecting small cards, a flashlight and its capacitor, a beeper ad auto-focus switcher – all this was placed in a small black box which can be easily held in hands. What’s seen from behind? That big (only comparing with the others) card, the main one, carries probably the CPU (see that Toshiba chip?). After the main card was gone some more interesting things came to light. That small card on the left is supposed to be a unit controlling data reading from the matrix. The most interesting fact is that it is can moved up and down, left and right. That’s how the image stabilization system works. The other card on the right is a card reader interface. A battery block is under this card. This unit was decided to leave untouched due to impossibly small size of its details.