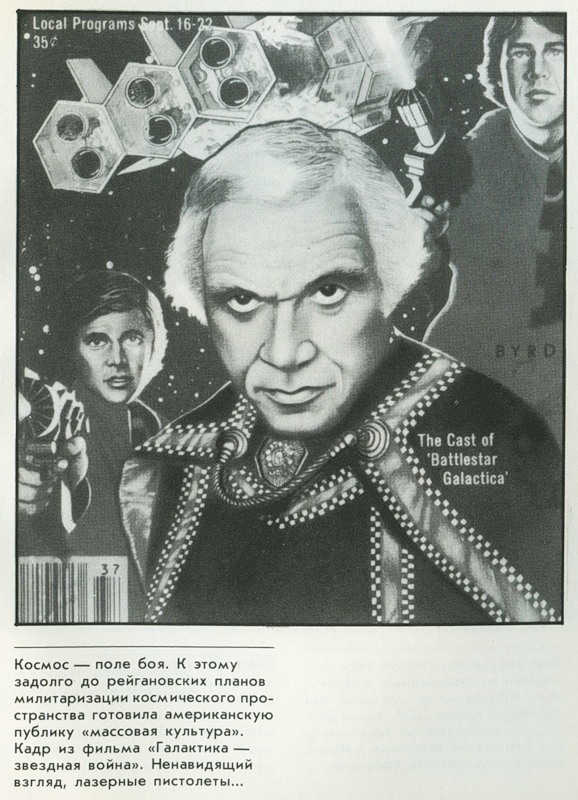 Just one photo. A page from some Soviet Russian magazine of  the early seventies, from the last months of iron curtain. At that times Reagan was proposing the “SDI” program putting some armaments to space, which was
widely used by Russian propaganda to scare people – giant laser beams in space – no way to shield from them
etc. And for such an illustration the “Battlestar Galactica” poster was used. Here is what the Russian text reads:

Now space is a battlefield. That’s what the American audience was prepared for by mass media long before Reagan came up with  his SDI plans. This is a still from the movie “Battlestar Galactica”. As you can see there are a faces full of hatred and laser guns…