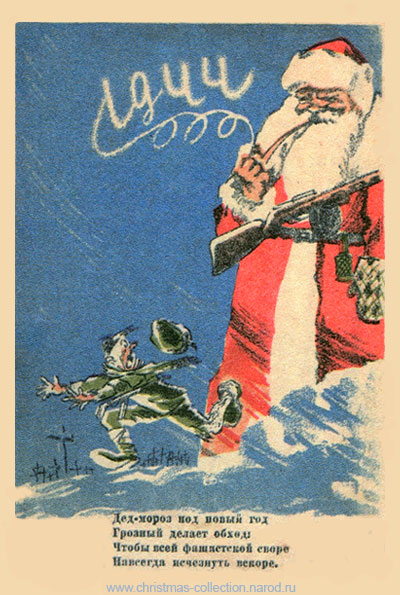 During the World War 2 Russian soldiers had their special Christmas and New Year postcards.

On some of such Santa looked not very peaceful in his solidarity attempt to defeat the “malicious attacker”. So probably those are the only ones where Santa can hold a machine gun or be in some other furious acts.