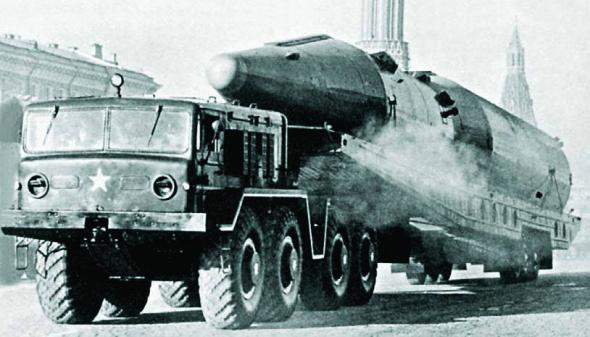 In one of its inside courts, Minsk Wheeled Tractors plant has housed so-to-say “Jurassic park” where thousands of iron giants made back in the times of the Cold War dwell there thus far. Standing out in the open there gradually peeling off and rusting they look quite sadly. It is hardly imaginable that a few decades back these rocket-o-saurs were taking aback anyone who saw them with their hugeness, roar of engines and impressive flotation.

Up to our times the plant is engaged in large output of trucks with 10×10, 12×12 and 16×16 wheel arrangements. Moreover, there is one amazing truck that the plant possesses. MAZ-7907 stands on 24 wheels and all of them are driving ones. The car is fitted with gas-driven turbine with a total of 1250-horsepower. The turbine starts generator up that sets all those 24 wheels going.

As long as the car hasn’t been put into service, we can say that this is the only one 12-axial all-wheel-drive truck in the world. 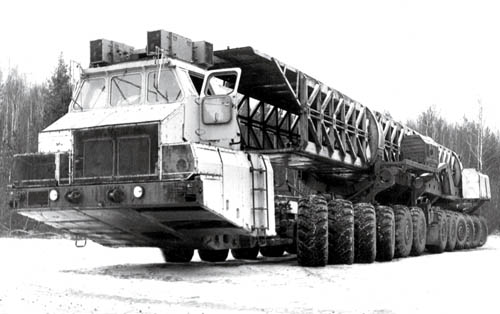 One of the most showy and powerful tow trucks in the Soviet Union was 6-axial MAZ-7904. Gross weight of the car was 360 tonnes along with carrying capacity of 220 tonnes; they were really remarkable figures for an AWD vehicle back then. Since there was no manufacturing of tyres that could sustain such abnormal loads in the Soviet Union, the government decided to order the tyres from Japan. From then on MAZ 7904 is heeled with Bridgestones 3,1 meters (11 feet) in diameter. Curiously enough that unlike its counterparts that have had only one engine, this car was equipped with two of them. 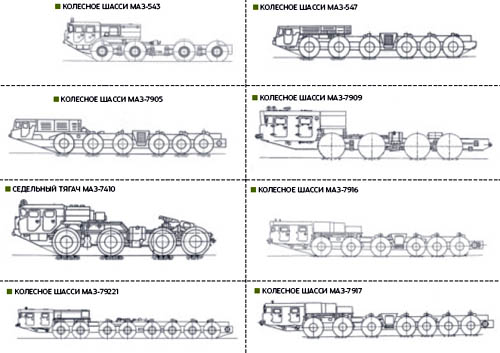 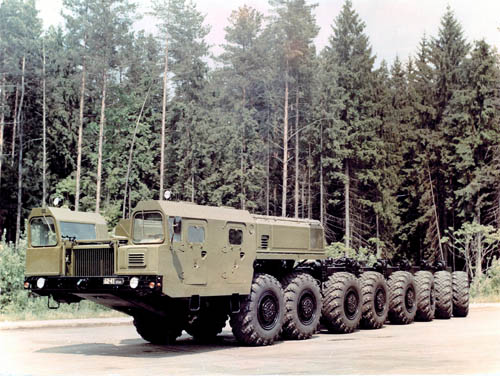 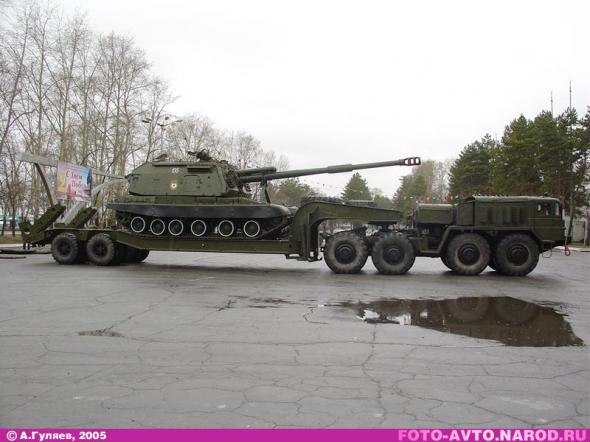 After the fall of the USSR there was no need in other MWT military developments any more and in order to climb out of the debt hole the administration was forced to revise some of the trucks for civil purposes. Missile-carriers were changed to drilling multiwheelers and military equipment carriers were replaced with construction machinery and equipment. However, the military vehicles didn’t lose their weight too as many of them were reordered by government of Russia and some other, foreign clients – Turkey, The UAE, Egypt, Pakistan, Syria, China. 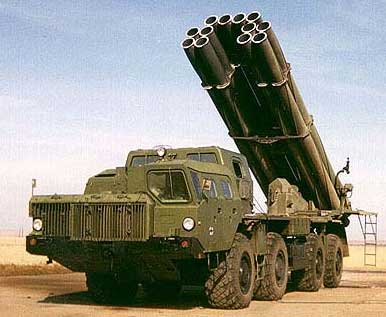 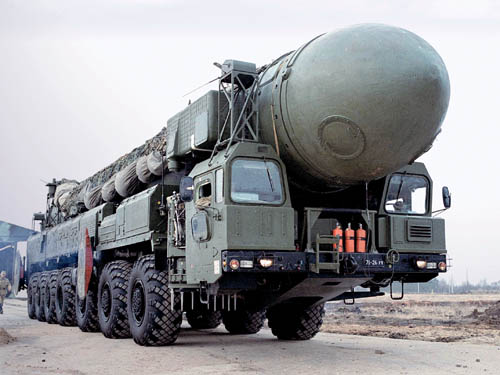 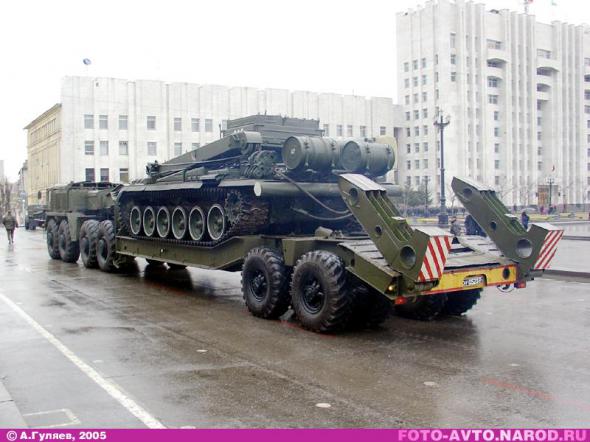 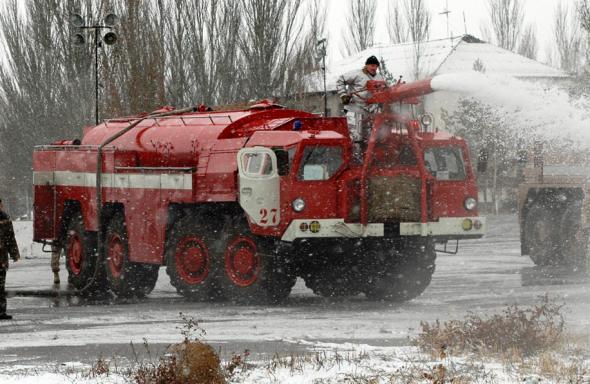 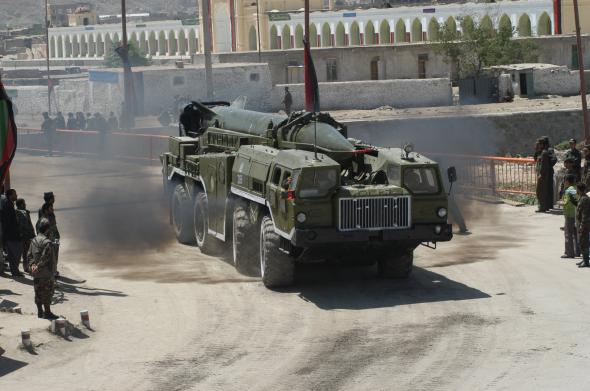